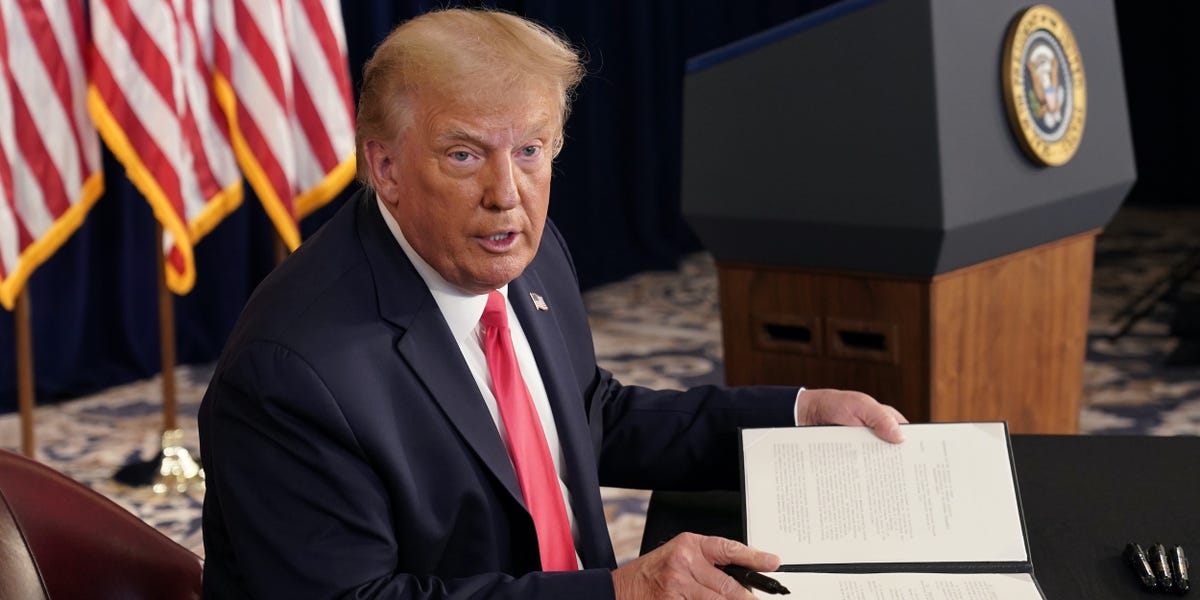 President Donald Trump’s payroll-tax deferral will go into effect for 1.3 million active-duty US troops later this month — and they can’t opt out of it.

The Federal News Network first reported on Friday that the Trump administration was moving ahead with the deferral for the military. It will also kick in for hundreds of thousands of civilian employees within the Defense Department.

The Defense Finance and Accounting Service, which handles payment services for military service members, said in a memo that both service members and civilian employees would be “automatically” included in the initiative without the ability to opt out. It will be effective as of the pay period starting September 15.

The Defense Finance and Accounting Service also said that if a military member or civilian employee departed or retired from the service before the tax collection next year, they would still be responsible for paying the tax back. It didn’t provide further details on how that could be arranged.

Read more: MORGAN STANLEY: The government’s recession response has the stock market heading for a massive upheaval. Here’s your best strategy to capitalize on the shift.

The development comes as the administration also enacts the deferral for 1.3 million federal employees through the end of December.

Last month, Trump signed an executive order to implement a payroll-tax holiday that temporarily suspends the collection of a 6.2% Social Security levy from workers’ paychecks through the end of the year. It affects people earning below $104,000 annually.

Trump has called on Congress to absolve the payments, but that’s unlikely since lawmakers in both parties oppose pulling money going into Social Security, an increasingly cash-starved safety-net program. The directive has sparked substantial criticism from scores of business groups that have called it “unworkable” to set in motion.

Recent guidance from the IRS said the money had to be repaid by April 30. Experts say Trump’s policy will prompt a temporary pay hike for employees lasting several months, only to force workers to take a pay cut early next year. Employers must recoup the money in early 2021 by collecting the Social Security payroll tax twice.

Democrats fiercely criticized the measure. Rep. Don Beyer, the vice chair of the House Joint Economic Committee, attacked the policy as a politically motivated decision that would set back troops’ pocketbooks.

“The President’s order will give the illusion of pay increases until after the election, and then require service members to pay the money back with double tax withholding,” Beyer said in a statement on Tuesday. “This is a disgraceful way to treat those who serve and sacrifice to keep us safe, and Trump’s trickery is obviously designed to help his campaign.”