Up to 1,500 A-level pupils are still without university places despite finally getting the grades they need.

Around 15,000 who were turned down by institutions on A-level results day later met their place offers with teacher-assessed grades.

But just under 10 per cent of affected pupils are still unplaced after the A-levels fiasco, figures from the Universities and Colleges Admissions Service (Ucas) show.

Exams were cancelled because of coronavirus but the computerised system used the regulator Ofqual to assess pupils led to an uproar when results were downgraded. 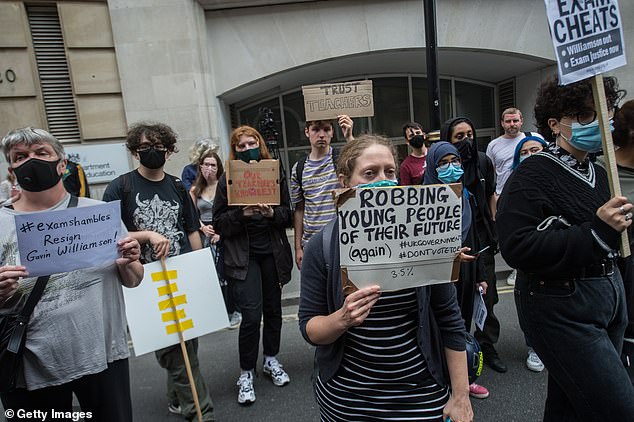 A-levels results fiasco saw around 15,000 turned down by institutions results day later met their place offers. Pictured, students and teachers protest outside the Department for Education over the downgrading of A-level results on August 14 in London

The Government was forced to allow Centre Assessment Grades (CAGs) compiled by teachers to be used.

A briefing document from Ucas said yesterday: ‘We estimate up to 15,000 A-level students who did not have their firm choice confirmed on A-level results day may have subsequently achieved the academic requirements of their offer since CAGs were issued.’

It added that 87 per cent of these pupils ‘are now placed at their original firm or insurance choice’ institution.

A total of 3 per cent entered clearing and gained places at lower-tariff universities and ‘fewer than 10 per cent… are currently not placed’.

Ucas said some ‘may not have necessarily met’ other requirements such as entry tests and others may still be looking for places in clearing. 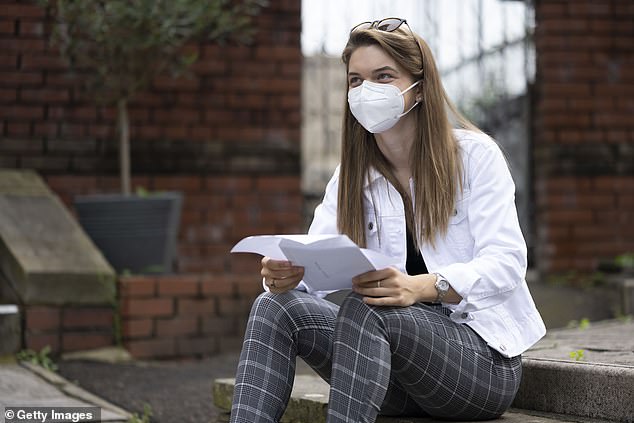