The stars were out for the special outdoor series premiere of the new Starz series Power Book II: Ghost, which is a spinoff of the long-running series, Power.

And executive producer Curtis ’50 Cent’ Jackson was on hand to play host of the festivities that was held at a drive-in theater-like setting in the exclusive Hamptons neighborhood in West Mill, New York.

With the COVID-19 pandemic still a major health concern, drivers pulled up their cars in front of a large screen for the airing of the very first episode.

Scroll down to video 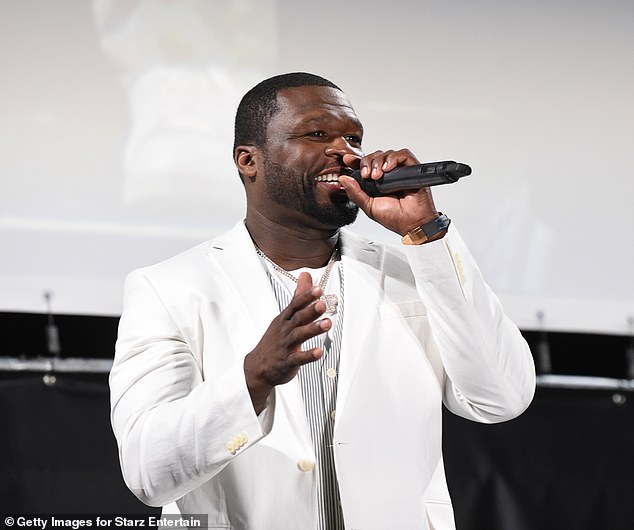 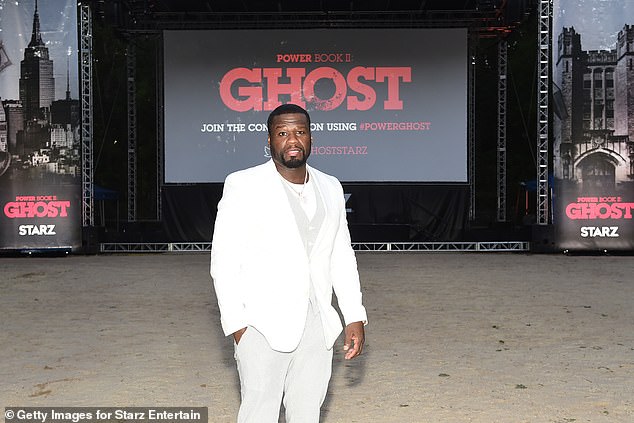 Power position: Power Book II: Ghost a spinoff of the long-running series, Power, that featured 50 on screen and as executive producer

Joseph Sikora, who starred in the original crime drama series Power for its entire six season run, hosted a pre-show event, with the help of 50 Cent, who got on stage in front of the screen to hype up the showing.

He looked dapper and summer ready in a fitted white suit over a white-striped vest and t-shirt.

Jeffrey Hirsch, the President and Chief Executive Officer for Starz, also helped rally the guests with a party atmosphere. 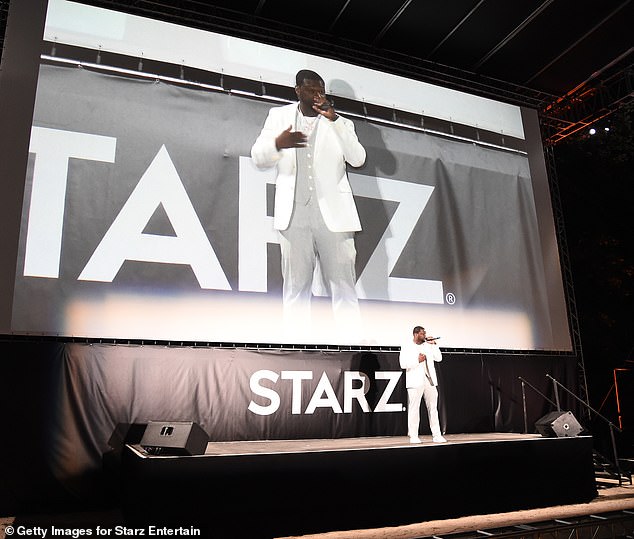 Stylish: Decked out in a white suit, the legendary rapper, 45, got on stage in front of the screen to hype up the series premiere 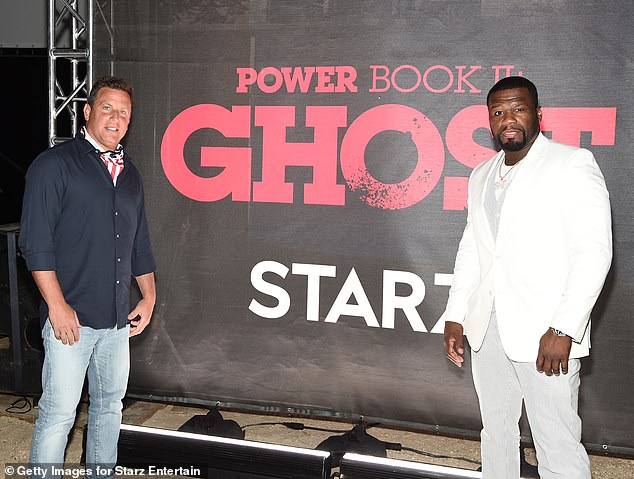 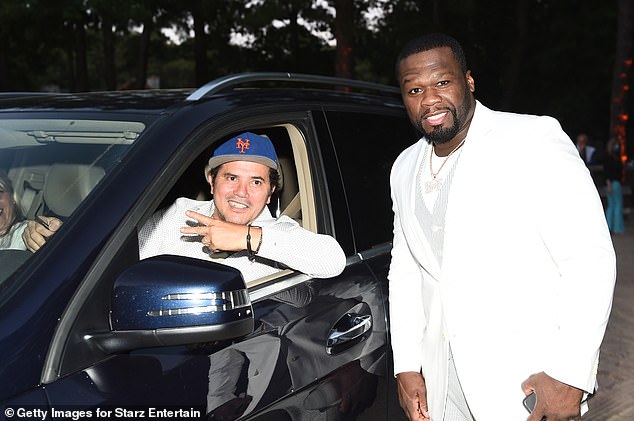 Safety of his car: Actor John Leguizamo was among the high-profile people to watch the premiere from the Stars are out 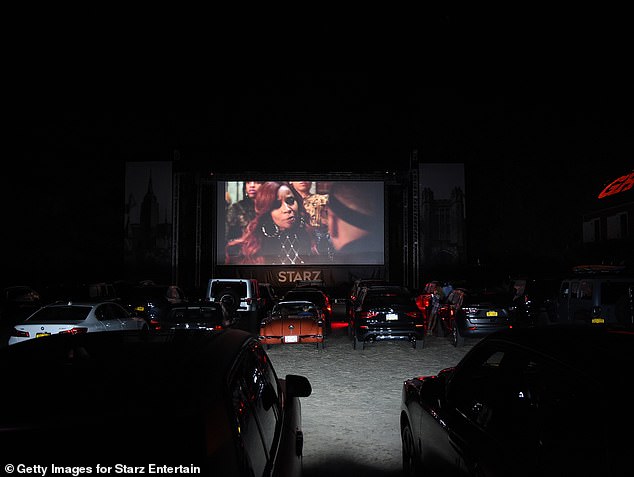 Post coronavirus world: With the COVID-19 pandemic still a major health concern, drivers pulled up their cars in front of a large screen for the airing of the very first episode

The hip-hop superstar-turned entrepreneur, 45, also took to his social media platforms to promote the premiere event and its TV debut on Starz on Sunday.

‘POWER premier in the Hamptons now this is a vibe you ain’t even gotta get out your car. BOOM #STARZPLAY,’ he captioned a snap seemingly taken inside his car as the show was unveiled.

He added, ‘POWER is back better than ever tomorrow tune in 9pm STARZ,’ in a short video clip he shared on Instagram.

Some of the high-profile people who made their presence felt included former supermodel Christy Brinkley, actor John Leguizamo, journalist Jill Rappaport, CNN anchor Don Lemon and his husband Tim Malone and Candace Bushnell, the best-selling author and creator of Sex And The City. 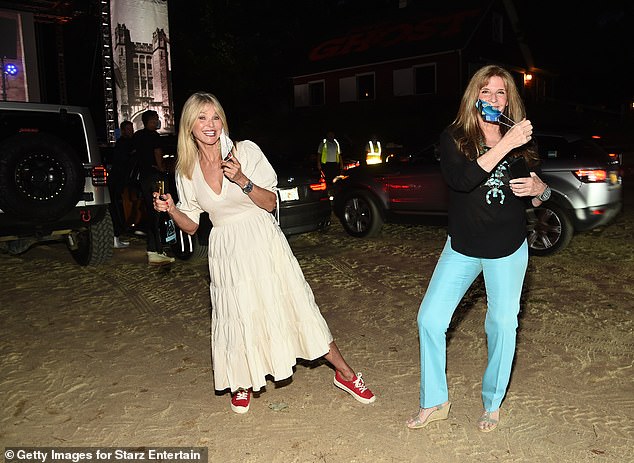 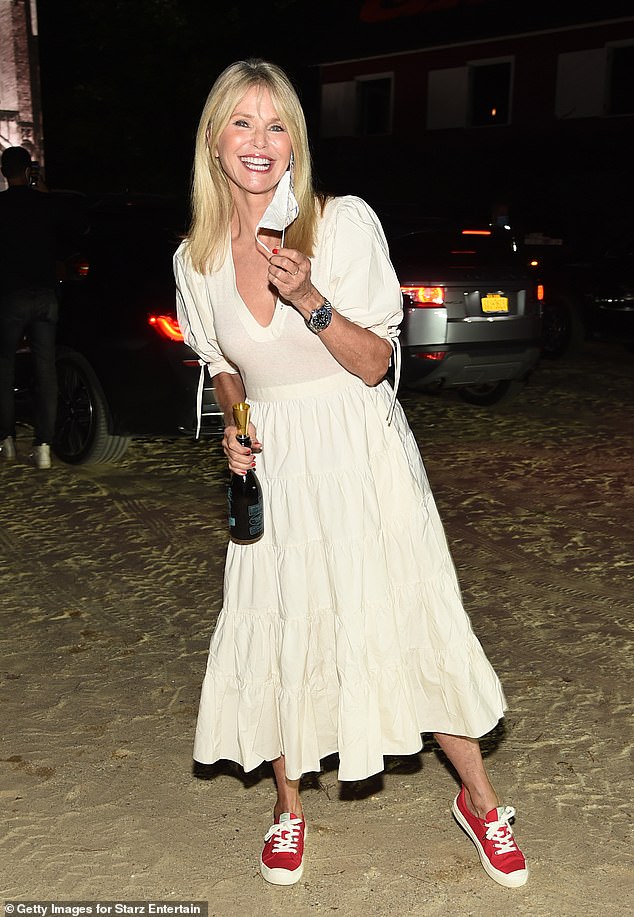 Beaming: Brinkley looked lovely and summer ready in a plunging dress and sneakers 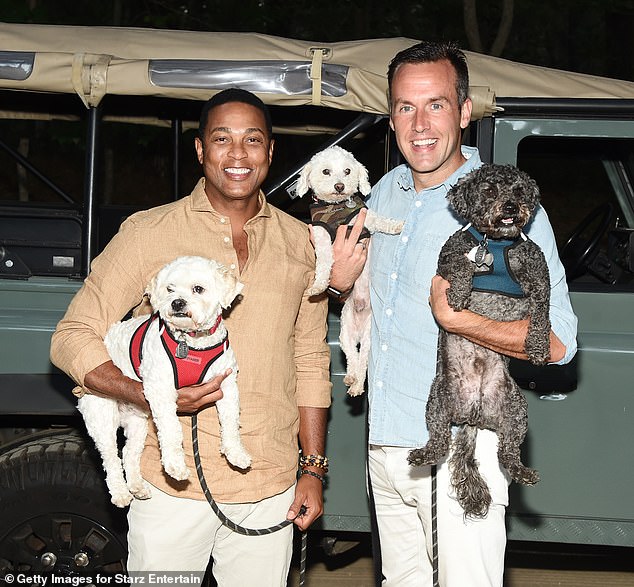 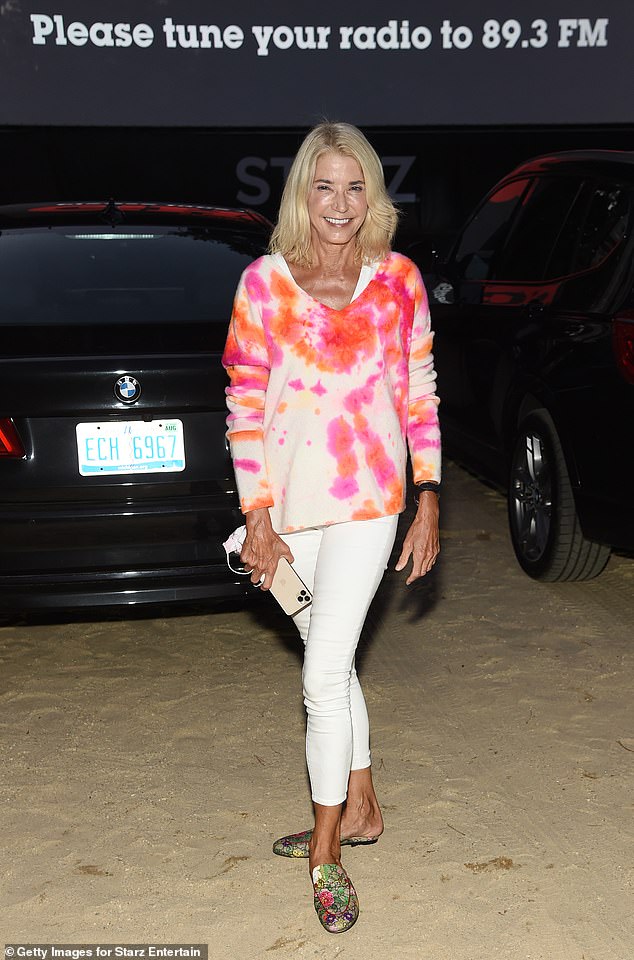 Strike a pose: Famed Sex And The City creator and author Candace Bushnell wore a red and orange tie-dye shirt and white pants for the event

The original Power series was a success with critics and viewers following its premiere in 2014, all the way until it wrapped this past February.

Power Book II: Ghost picks up the story just days after the Power finale and then follows Tariq (played by Michael Rainey Jr.) navigating his new life as he tries to shed his father’s legacy amid the mounting pressure to save his family. 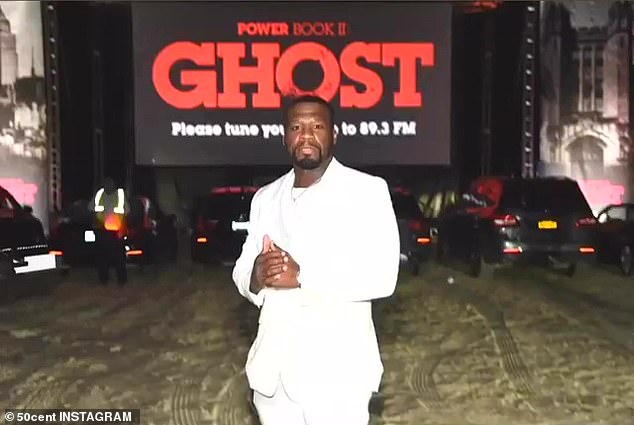 Taste: 50 also took to social media to share some photos from the premiere 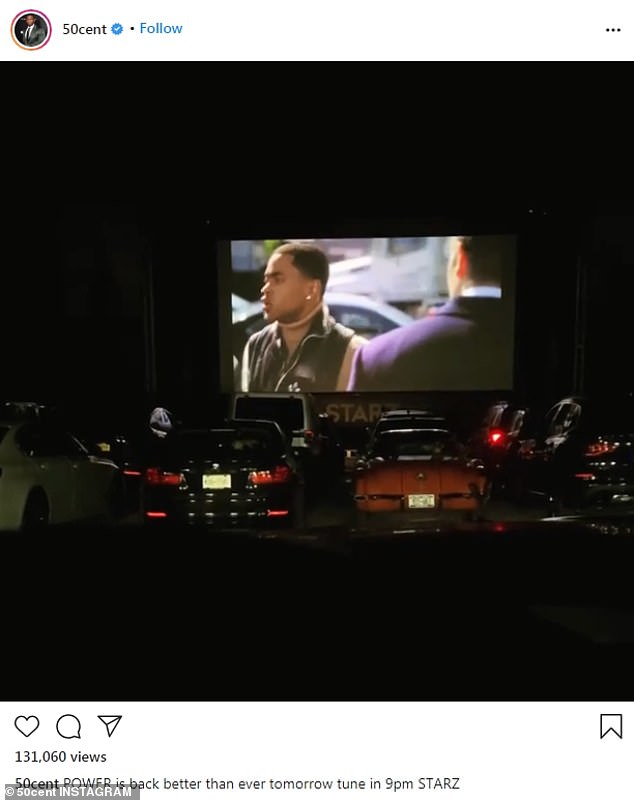 Pitch man: The Power and Power Book II: Ghost executive producer hyped up the series premiere on Starz that airs on Sunday 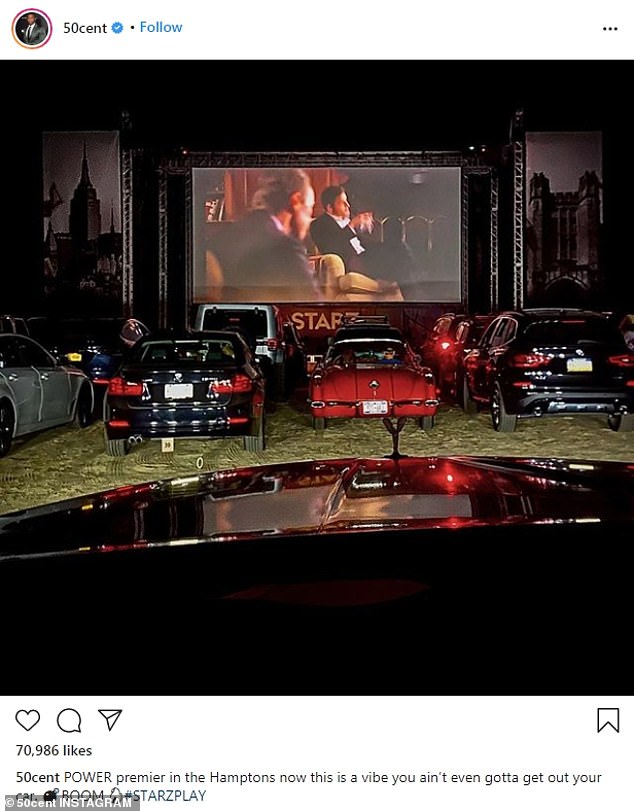 Drive-in: The In Da Club rapper also shared a look from inside his car