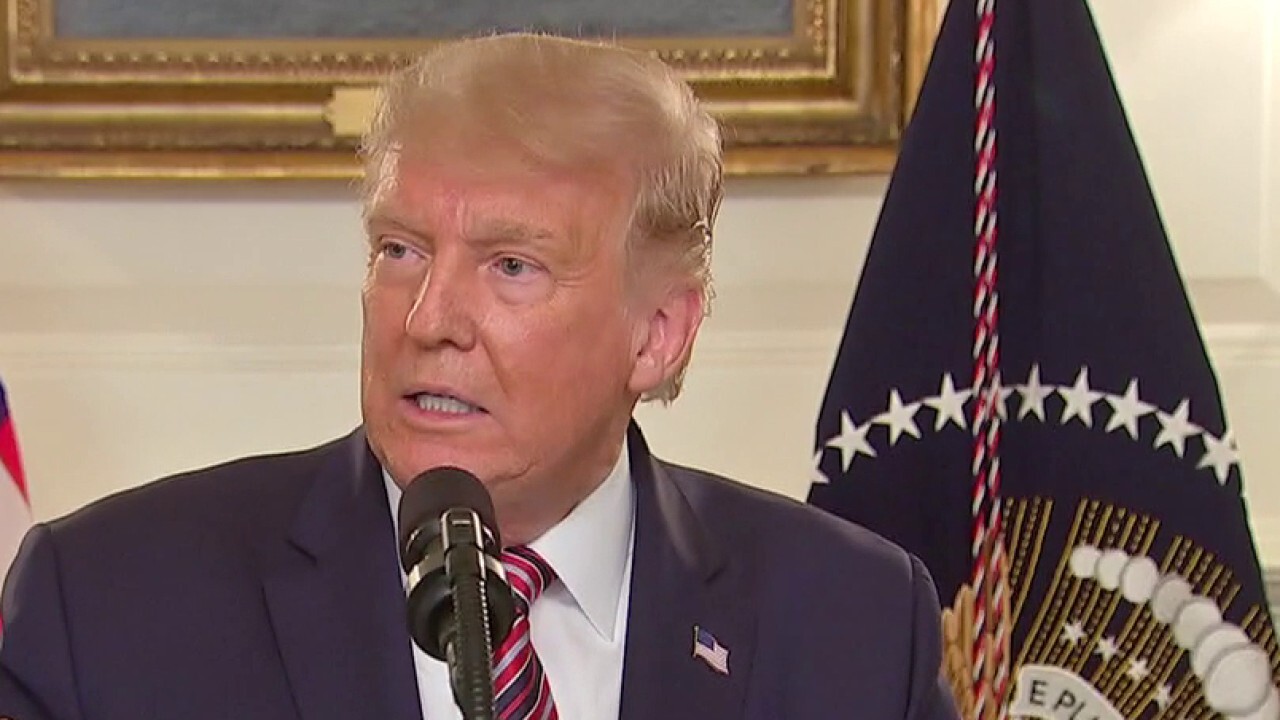 Excerpts of the book published by the Post and CNN included several startling claims and revelations about the president and other top officials. Here are seven highlights that have been released so far.

The part of Woodward’s book that has received the most attention so far is where Trump acknowledged that when it came to addressing the coronavirus pandemic, Trump “wanted to always play it down” despite knowing how bad it could potentially be.

“You just breathe the air and that’s how it’s passed,” Trump told Woodward during a Feb. 7 call. “And so that’s a very tricky one. That’s a very delicate one. It’s also more deadly than even your strenuous flu.”

“This is deadly stuff,” the president said. Though this conversation happened in February, it was not reported until now.

At that time, Trump was saying that the contagion was no more virulent than the seasonal flu, that the government had the virus under control and that it would soon disappear.

In a Wednesday interview on Fox News’ “Hannity,” Trump explained why he downplayed the virus.

“I’m the leader of the country, I can’t be jumping up and down and scaring people,” Trump said. “I don’t want to scare people. I want people not to panic, and that’s exactly what I did.”

Fauci: Trump’s ‘attention span is like a minus number’

National Institute of Allergy and Infectious Diseases Director Dr. Anthony Fauci expressed his apparent frustration from working with the president on the pandemic response, according to Woodward. The author reported that Fauci told colleagues that Trump’s “attention span is like a minus number” and that the administration was “rudderless” in its leadership in response to the coronavirus pandemic.

Fauci also reportedly claimed that Trump’s “sole purpose is to get re-elected.”

At one point during a June 19 interview, Woodward asked Trump if he feels a need to “understand the anger and pain” that Black Americans have been feeling, as protests and violent demonstrations swept the nation. Woodward pointed out that Trump is a White man with a privileged background.

Trump took exception to the very question, and mocked Woodward for even asking it,.

One revelation from the book reported by CNN was that Trump’s former Director of National Intelligence Dan Coats had a suspicion that Russian President Vladimir Putin may have had blackmail material on Trump.

According to Woodward, Coats “continued to harbor the secret belief, one that had grown rather than lessened, although unsupported by intelligence proof, that Putin had something on Trump.”

In 2017, concern over aggression from North Korea was apparently so high that then-Defense Secretary Jim Mattis slept in his regular clothes so he would be ready to take action at a moment’s notice should Kim Jon Un launched an attack on the U.S.

North Korea was taking noticeable military action at the time, firing dozens of missiles, and Woodward writes that national security officials feared that nuclear war between the two countries was a possibility.

In audio posted by CNN, Trump told Woodward, “I have built a weapons system that nobody’s ever had in this country before. We have stuff that you haven’t even seen or heard about.” Trump had started to use the word “nuclear” when discussing the weapons but stopped himself.

“We have stuff that Putin and Xi have never heard about before,” Trump went on. “There’s nobody — what we have is incredible.

Woodward reportedly wrote that anonymous sources confirmed there was a secret new weapons system, and the “sources were surprised Trump had disclosed it.”

Trump showed Woodward the “love letters” he received from Kim Jong Un, but claimed that the North Korean leader did not have the same sort of affection for Trump’s predecessor.

According to one excerpt in the Post, Kim thought former President Barack Obama was “an a- -hole.”

Trump did note, however, that Kim does not warm up to just anybody.

“He never smiled before. I’m the only one he smiles with,” Trump claimed.