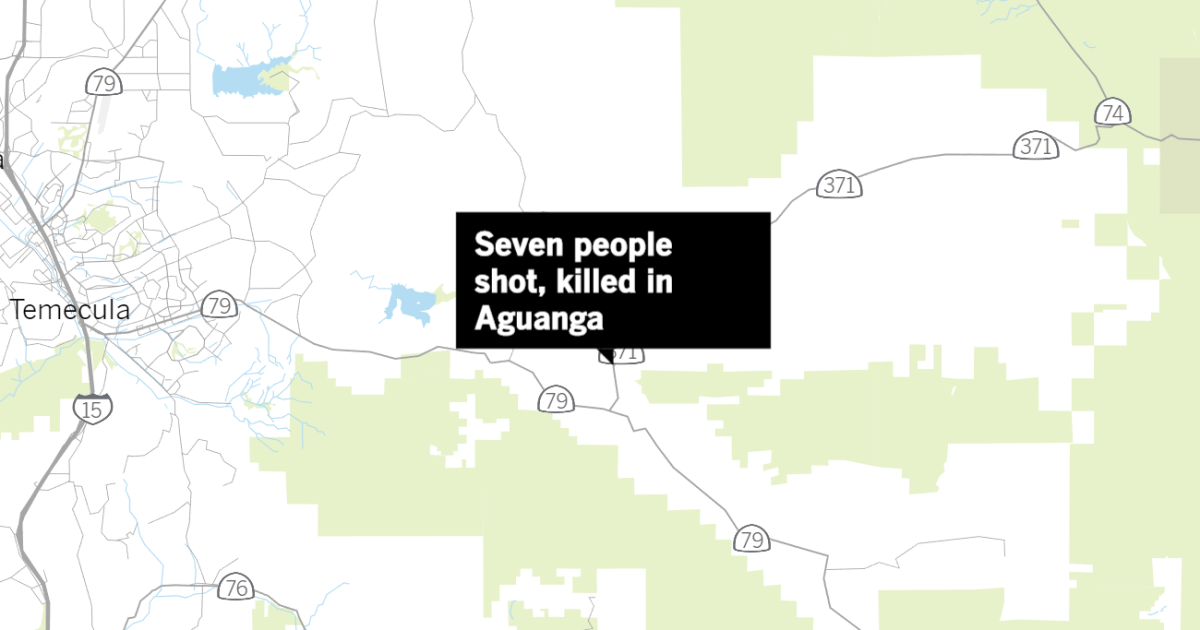 Seven people were shot to death at the site of an apparent illegal marijuana grow in the Inland Empire over Labor Day weekend, authorities said.

Riverside County sheriff’s deputies responded at 12:33 a.m. Monday to a reported assault with a deadly weapon in the 45000 block of Highway 371 in Aguanga, an unincorporated community roughly 18 miles east of Temecula.

At the residence, deputies found seven people with gunshot wounds, according to the Sheriff’s Department. Six died from their injuries at the scene, and one woman died after being taken to a hospital, authorities said.

Names and descriptions of the victims were not immediately available Tuesday morning.

Officials said that the residence was apparently housing an illicit marijuana operation. Several hundred plants and more than 1,000 pounds of marijuana were found at the scene, according to the Sheriff’s Department.

Authorities have not yet publicly identified any suspects, and the investigation is ongoing.

Anyone with additional information is asked to contact the Sheriff’s Department at (951) 955-2777.