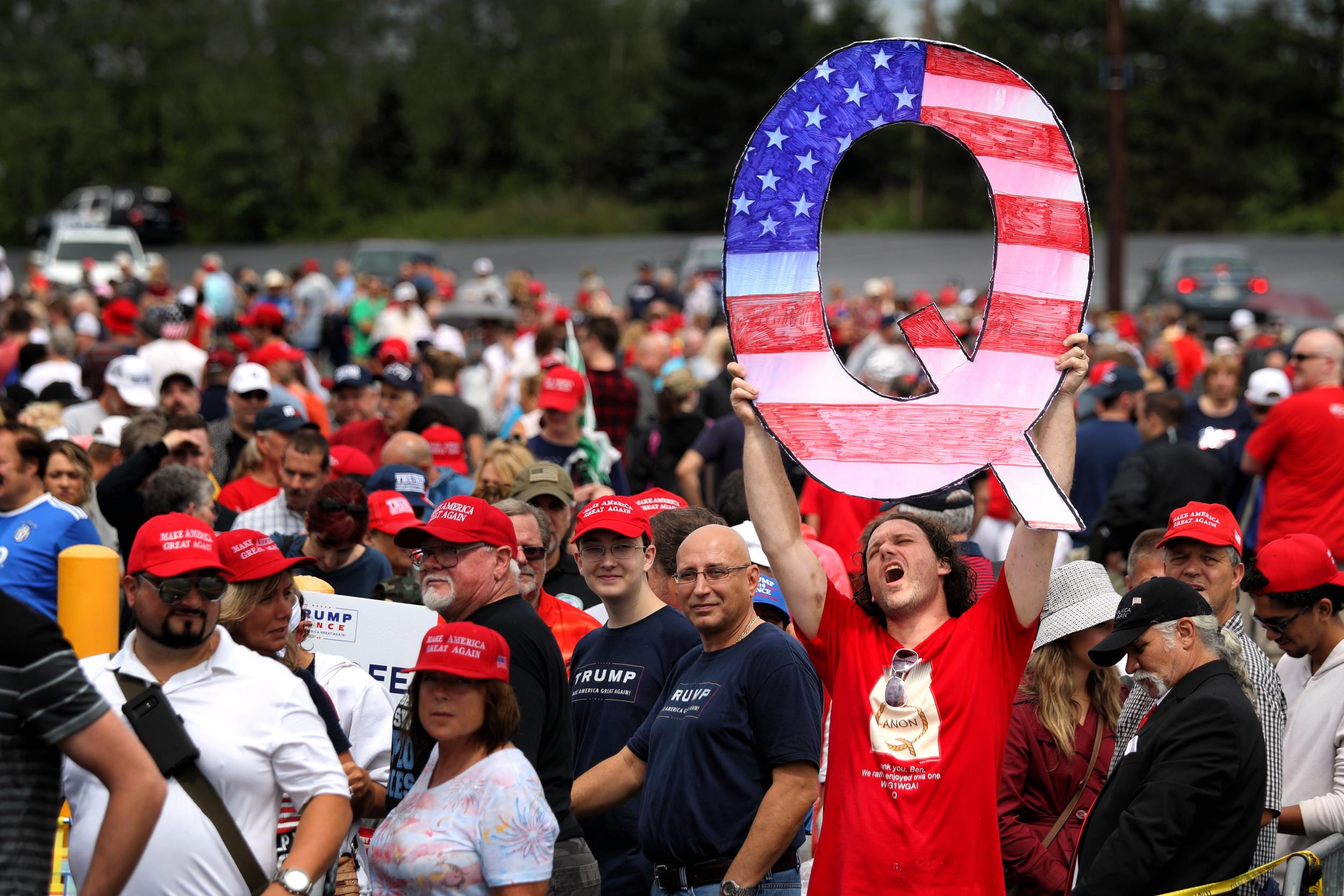 More than a third of Republicans believe the QAnon conspiracy that Donald Trump is waging a secret war against a shadowy cabal of paedophile cannibals is “mostly true”, according to a new poll released on Wednesday.

The increased support of QAnon comes less than two weeks after Mr Trump appeared to endorse the theory at a White House press conference, saying he appreciates the movement’s enthusiasm for his presidency.

The Daily Kos/Civiqs poll found more than half of Republican voters believe the theory is either mostly (33 per cent) or partly (23 per cent) true, with only 13 per cent believing there is no truth to it at all.

Among Democrats, 72 per cent say there is no truth to the idea, which stems from an anonymous figure known as “Q” leaving cryptic but supposedly prophetic messages about a mysterious satanic cult on websites such as 4chan.

Adherents believe “Q”, either a former intelligence officer, a group of people or even the president himself, is secretly working to expose this deep state of paedophiles and cannibals.

“Well I haven’t heard that, but is that supposed to be a bad thing or a good thing? You know, if I can help save the world from some problems, I’m willing to do it, I’m willing to put myself out there,” Mr Trump said when asked about the theory in August.

“And we are actually, we’re saving the world from a radical left philosophy that will destroy this country, and when this country is gone the rest of the world would follow.”

Mainstream recognition of the QAnaon has increased during Mr Trump’s presidency, with several Republican candidates identifying support for the theory.

According to the latest poll, awareness has grown significantly since July 2019 when 35 per cent of Americans had never heard of QAnon. That number has fallen by more than half to 14 per cent. The number of Republicans who believe that the theory is either partly or mostly true grew from 46 per cent to 56 per cent during the same period.

QAnon is linked to the notorious Pizzagate conspiracy, which claimed that Hillary Clinton and others were running a paedophile ring from the basement of a DC restaurant.

In 2016 a heavily armed North Carolina man drove to the restaurant to free the children he believed were trapped there and opened fire. However, the restaurant had no basement and there were no children. The gunman, Edgar Maddison Welch, was sentenced to four years in jail. He apologised for his actions and said he had made an “incredibly ill-advised decision”.