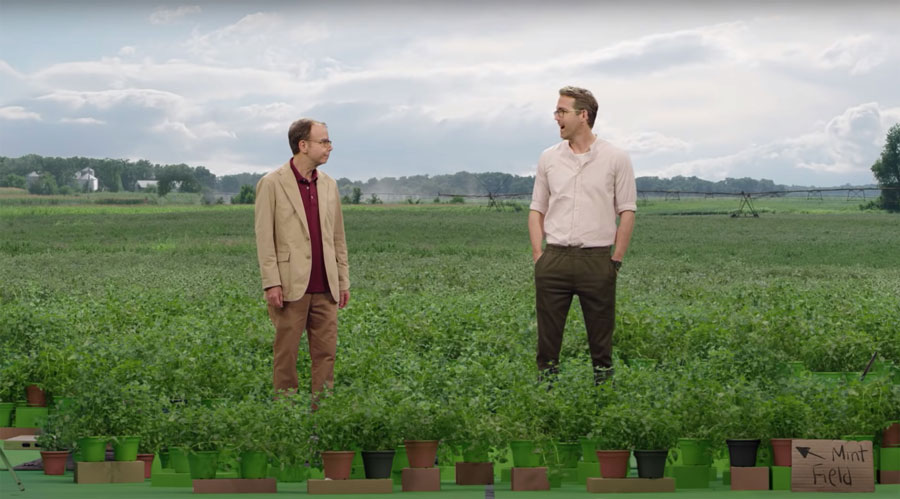 (CNN) — Actor Rick Moranis is back after a 20-year acting hiatus sooner than expected thanks to Ryan Reynolds.

The “Honey, I Shrunk the Kids” star had announced he was returning to the big screen with a new Disney film, but no one was expecting him to appear in a Mint Mobile commercial alongside Reynolds, the company’s owner.

Reynolds starts the commercial setting up a celebrity introduction to the phone company’s new unlimited plan.

“To introduce it, we brought in an actor we’ve all gone too long without,” the “Deadpool” actor says.

Moranis, who left Hollywood in the ’90s to focus on his children after his wife died, then walks onto the screen for the first time in decades.

Reynolds explains that the phone plan will sell itself, so Moranis doesn’t have to say anything about it.

Fans unite to show their support

The commercial quickly spread on social media, with Moranis fans sounding off on how excited they were to see the actor. The YouTube video of the commercial has over 1.5 million views since its Wednesday release.

Moranis revealed in an interview with the Hollywood Reporter a few years ago that he has not retired. He has been extremely picky, he said, and there have not been any jobs he has wanted to take.

For this reason, Reynolds responded on Twitter that he “wept” when Moranis agreed to be in the commercial.

Honestly, when he said yes, I wept.

Fans will see Moranis again alongside Josh Gad in a new Disney film called “Shrunk” that will continue the franchise that Moranis headlined in the early 1990s.

“Honey, I Shrunk the Kids” was released in 1989 and starred Moranis as a husband, father and inventor whose experimental shrinking machine accidentally turns his children and two young neighbors into miniature versions of themselves.

“Honey, I Blew Up the Kid” and “Honey, We Shrunk Ourselves” followed before Moranis decided to step away to raise his children.

Disney has not said when the new film will drop.