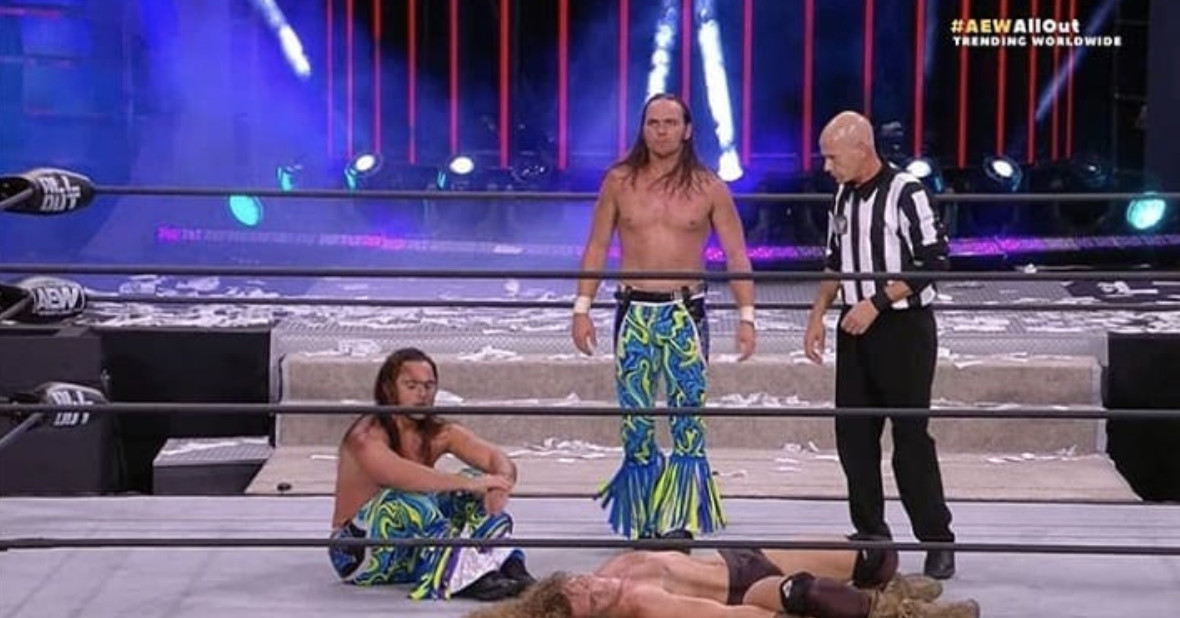 All Elite Wrestling wrapped up their All Out pay-per-view (PPV) from Jacksonville on Sat., Sept. 5, 2020 with Jon Moxley nailing a sneaky Paradigm Shift on MJF to keep his World championship.

Was it the best match on the card?

We also saw Orange Cassidy dump Chris Jericho in a tub of mimosa, FTR win the Tag titles & The Young Bucks beat Jurassic Express as The Elite fell further apart, and Hikaru Shida outlast Thunder Rosa to remain Women’s champ. An alliance of good guys led by Dustin Rhodes & Scorpio Sky handed Dark Order a loss, while Lance Archer earned a future World title shot in the Casino Battle Royal. Matt Hardy’s career continues after he defeated Sammy Guevara, but that won’t be what most people remember about their Broken Rules match. And the main show opened with Big Swole beating Dr. Britt Baker D.D.S. at her place of business.

For complete results and the live blog from the show click here, but in the meantime, vote in our poll below on what you felt deserves “Match of the Night” honors. Be sure to discuss your choice in the comments section as well!

What was ‘Match of the Night’ at All Out?