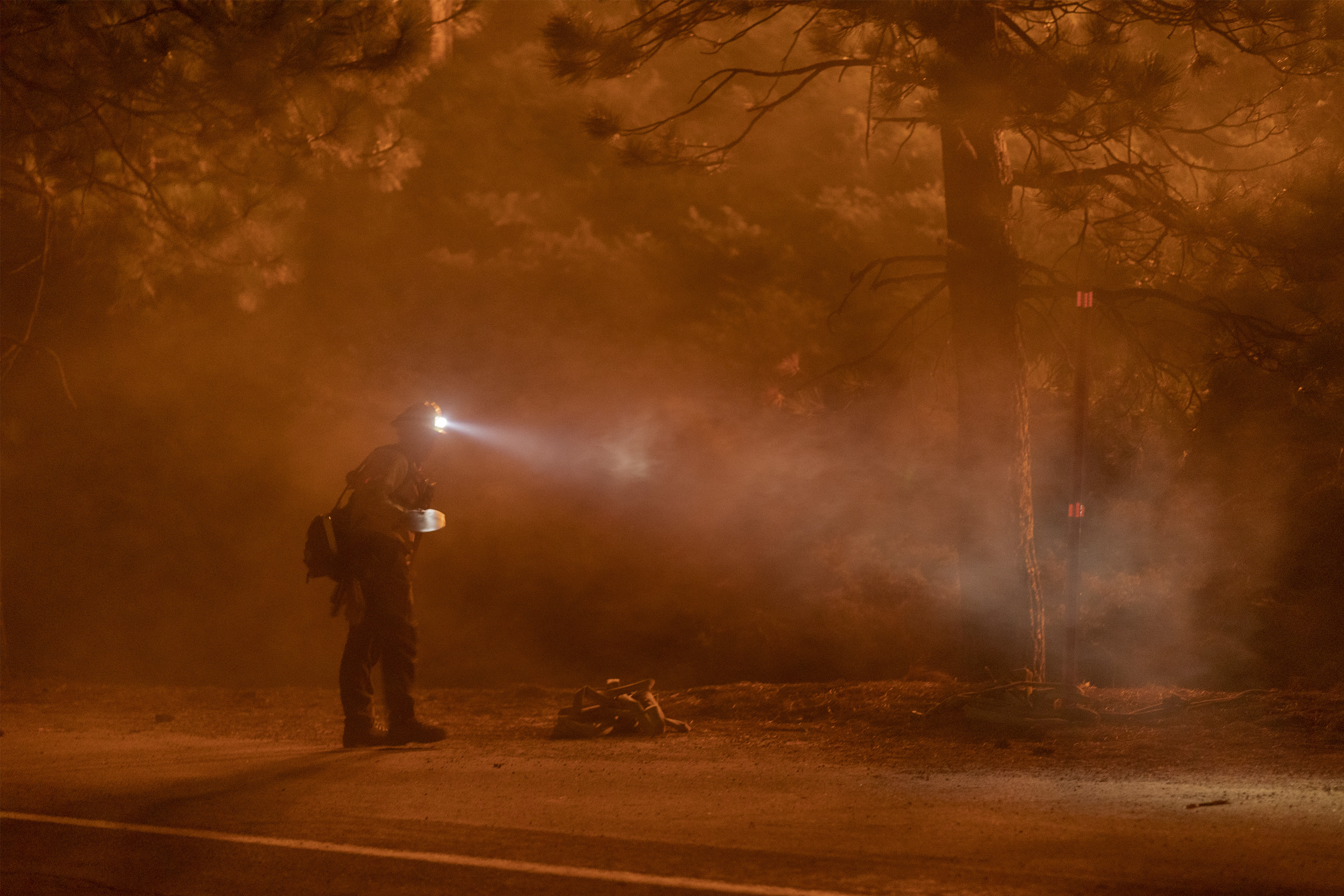 It’s an all-too-familiar pattern now. Massive wildfires ravage the continent amidst record heat, wreaking once seemingly unimaginable damage and destruction. We catch at least a fleeting glimpse, on our television screens and in our newspaper headlines, of climate-wrought devastation. We start to ponder once again the dimensions of the threat posed by our continued reliance on fossil fuels.

That’s bad for the fossil fuel industry and the bad faith actors who do their bidding. They benefit from our ongoing addiction to fossil fuels. Public awareness of the dangers of climate change threatens business as usual—that is, our continued reliance on the burning of fossil fuels, oil, coal, natural gas, for energy and transportation, and the massive fossil fuel industry profits that go with it.

Nothing offers greater potential to raise climate awareness than the sight of biblical fires engulfing our communities and countryside, people’s homes, our forested environs. So the climate disinformation machine—the cogs of which include fossil fuel companies, dark money organizations, plutocrats like the Kochs and Mercers, and of course the Murdoch media empire and other right-wing media organizations—kicks into overdrive.

We’re told to pay no attention to the ever-increasing extreme heat and drought that scientists have implicated in the larger, hotter-burning, faster-spreading, more deadly and destructive wildfires. That apocalyptic inferno engulfing our towns? It’s a consequence of misguided forest management policies and ill-conceived “controlled burns” by firefighters. Maybe we just haven’t been raking enough!

And of course, there are those damned arsonists. It’s them, not the profligate burning of fossil fuels, that are responsible.

These are precisely the narratives that were being spun by the Murdoch media, and spread on the internet by professional armies of online trolls and bots, while I was on sabbatical in Australia earlier this year.

I witnessed first-hand the smoke-filled forests and valleys. I saw the city of Sydney aglow in an unearthly reddish hue, choked by the smoke blowing in from unprecedented bushfires that had spread across the continent.

I wrote about my experiences contemporaneously. I took the opportunity, as a climate scientist, to explain why this was happening. As I explained in The Guardian, “Take record heat, combine it with unprecedented drought in already dry regions and you get unprecedented bushfires like the ones…spreading across the continent. It’s not complicated.”

As outright denial that climate change is real (and human-caused) becomes increasingly untenable, the forces of inaction—the inactivists—focus instead on deflecting attention from the devastating impacts it is having. It’s one the inactivist tactics I write about write about in my forthcoming book on The New Climate War.

In the case of the Australian bushfires of early 2020, right-wing pundits blamed greens for opposing the thinning of forests, or firefighters for the practice of “backburning” (both allegations are of course nonsense). The Murdoch media (including Fox News in the U.S.) blanketed the newspapers, airwaves and internet with the canard that the fires were a result of arson (a careful review of the evidence shows that only a tiny fraction—and none of the major fires in South Australia or New South Wales—were set under circumstances considered suspicious, with dry lightning strikes responsible for the vast majority of fires.) And what determines the size and intensity of the fires isn’t how they’re set, but how much dry fuel there is to burn, a consequence of how hot and dry it is.

The false arson claims were then promoted online by conservative influencers on Twitter, where armies of trolls and bots (did I hear someone mention Russia?) amplified them, causing them to go viral.

And now—to quote the great Yogi Berra—it’s déjà vu all over again. I’m watching the same episode play out here back stateside like a bad rerun of an awful TV show.

As I write this, five of California’s ten largest wildfires are currently burning combining for an unprecedented 2.5 million and growing acres of devastation, including the largest ever wildfire in California. This is now a recurring pattern every summer in California, and once again, when it comes to the reason, it’s not rocket science.

We’ve seen record breaking heat combine with dry conditions to yield unprecedented wildfires across the west, from California, Oregon and Washington to Utah and Colorado. They have wiped out entire towns, and taken numerous lives.

And like clockwork, the usual suspects have climbed out of the swamp to promote misinformation and conspiracy theories aimed at distracting the public and policymakers from this latest devastating climate change-induced crisis.

Donald Trump has blamed the wildfires on “[bad] forest management”. Fossil fuel apologists like Fox News’ Tucker Carlson have dismissed the role that climate change is playing, with other Fox News commentators following suit, offering up the usual mix of lies about the supposed role of bad forest management, endangered species protections, and—yes—arson in explaining the unprecedented, devastating fires (ironically, one story reported on the Fox News website actually debunks that claim).

Online trolls and bots have promoted the “Qanon” conspiracy theory that the fires are the product of arson by progressive activists (“Antifa”). Qanon followers have even flooded law enforcement agencies phonelines with false reports, leading the FBI to warn that conspiracy theories and misinformation are taking “valuable resources away from local fire and police agencies working around the clock to bring these fires under control”. These “antifa” conspiracy theories have even led some individuals to defy evacuation orders so they could stay and guard their homes.

Russia has a history of amplifying Qanon conspiracy theories on social media, and more recently, disinformation about the West Coast fires. What interest might they have here?

Barring a whistleblower coming forward, we’ll likely never know for sure. But we do know that Russia’s greatest financial asset is their fossil fuel reserves, and they have joined with the Trump administration and other petrostates such as Saudi Arabia to scuttle international climate action. As I detail in my book, they’ve employed professional troll farms and bot armies to spread climate change disinformation and distract us from the mounting climate crisis. And whatever weird sympathy the Qanon ravings might be finding in Russia, it surely doesn’t hurt Russian ambitions to promote them: “antifa” fears are being employed by the Trump campaign in an effort to turn out their base in the upcoming election—an election we know Russia is trying to help Trump win.

So, how can we combat the disinformation campaign? First and foremost, we push back with facts in online fora where bot armies are used to spread misinformation (you can even link to this commentary, if you like!). Secondly, we must reign in social media companies that have allowed themselves to be weaponized in spreading propaganda (looking at you Facebook and Mark Zuckerberg). Finally, we can vote for politicians who will support both climate action and policies to reign in bad actors who are polluting both our social media environment and our physical environment.

Michael E. Mann is Distinguished Professor of Atmospheric Science at Pennsylvania State University. His forthcoming book, The New Climate War: The Fight to Take Back our Planet, is due out in January 2021.

The views expressed in this article are the author’s own.