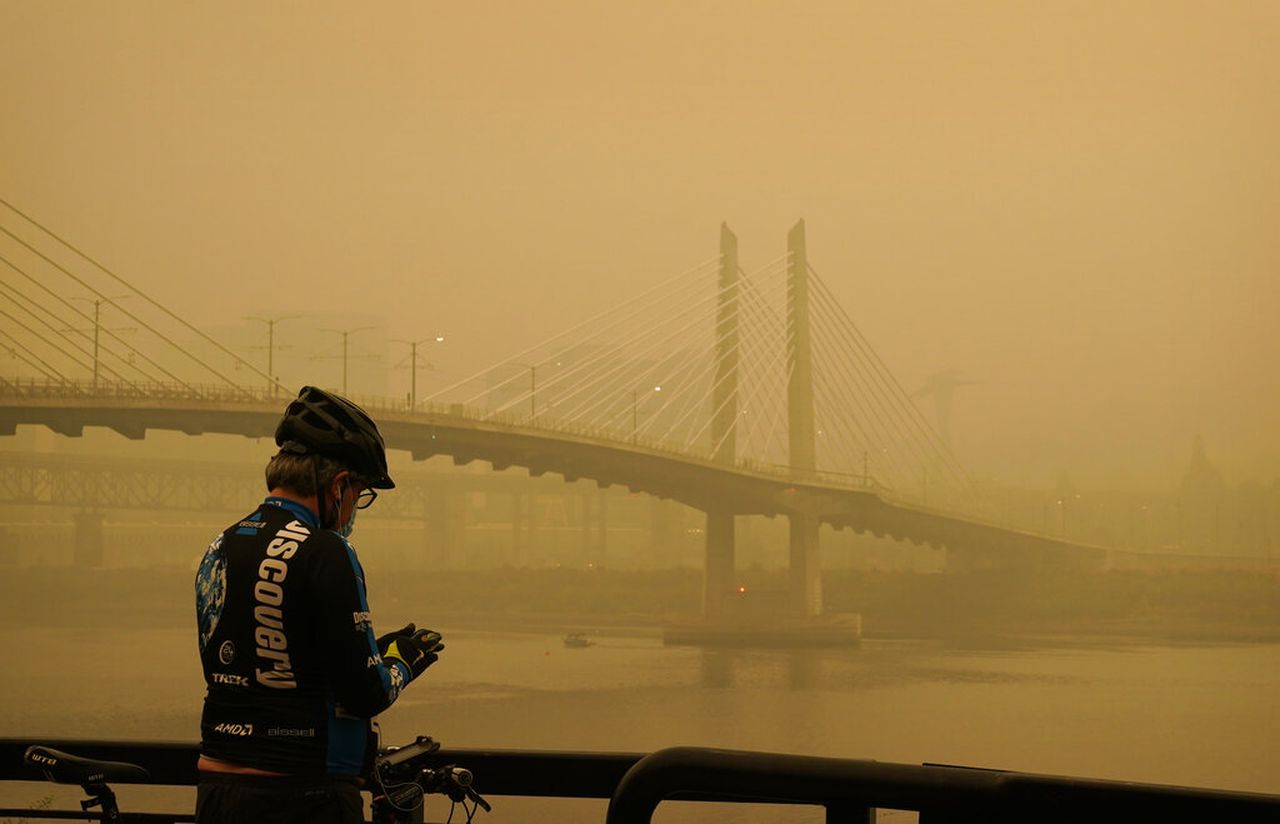 For everyone in Portland hoping the air quality would improve once the weekend ended — that would be everyone — bad news: the state still has several days of smoke-filled air to look forward to.

Much of the West Coast has been blanketed with smoke for days as wildfires rage in Oregon and beyond.

“I wish I could say it would get out of here today,” said Tyler Kranz, a meteorologist with the National Weather Service in Portland, “but that doesn’t look to be the case.”

Instead, said Kranz, we can expect to stay socked in with smoke during the day Monday and into the night. Starting Tuesday and through Wednesday, he said, there will be a gradual improvement.

“And,” he emphasized, “I mean extremely gradual.”

Those air quality index numbers will be heading in the right direction, he said, but slowly, and don’t expect to see the sky. Instead, there will be smoke, clouds, and possible showers.

But Thursday through Friday is when Kranz said Portlanders, and Oregonians in general, might get to take a full, non-smoke-filled breath.

“Heck,” he said, “we could even see some peeks of sunshine and blue sky.”

Showers are also in the forecast.

What if you can’t wait? With smoke blanketing most of the West Coast, where could a person go to inhale some fresh air before the end of the week?

“If you went to the middle of nowhere Nevada,” Kranz said, “you would have clean air.”