The outdoor kitchen gadget will hit shelves on Saturday, September 26 as part of the retailer’s affordable outdoor range from its Special Buys catalogue.

The pizza oven, which doubles as a charcoal barbecue, is lower in price than many competitors, including an almost identical-looking device from Barbeques Galore costing $399. 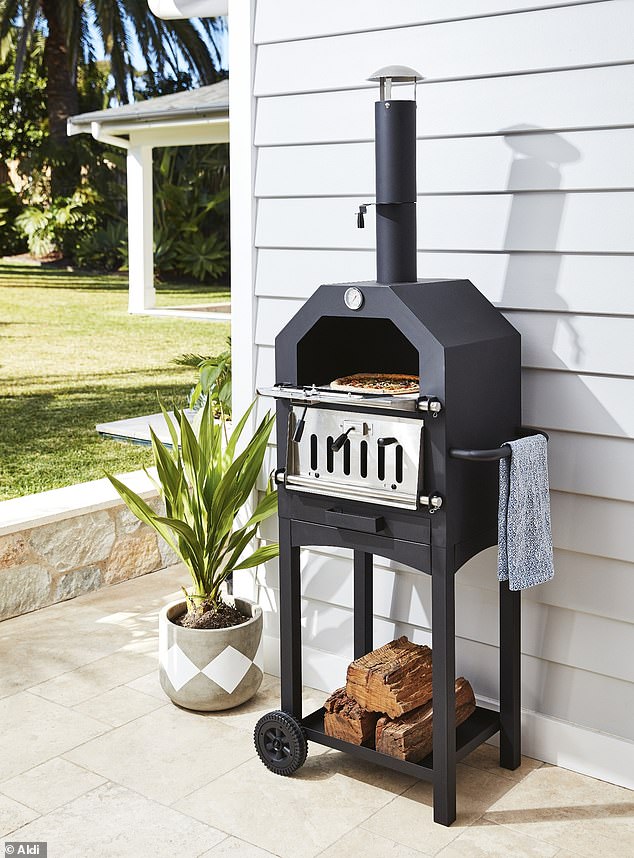 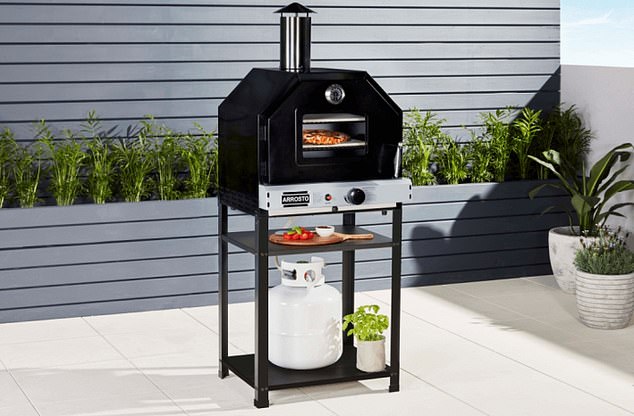 The woodfire pizza oven, which doubles as a barbecue, is lower in price than many rivals, including an almost identical-looking device (pictured) from Barbeques Galore costing $399

The budget version features a built-in damper in chimney to regulate heat, and a viewing window so home cooks can watch the pizzas cook away.

The outdoor oven, which promises to cook pizza to perfection every time, comes complete with a pizza stone, cooking grill and a charcoal grate.

Home cooks can bake anything in the oven, ranging from pizzas to charcoal chicken, all while keeping the heat outdoors over the warmer months.

The removable ash tray also makes cleaning up a breeze.

Aldi’s model looks very similar to Barbeques Galore’s gas pizza oven – and both gadgets share many of the same features, including a temperature gauge, a pizza stone, chimney and a viewing window.

The budget woodfire oven is among the new Special Buys sale, which is set to launch in stores, along with a range of barbecue utensils.