The 39-year-old model showed her toned arms and flat stomach in a black sports bra that she paired with matching leggings and sneakers.

She also had a black sweatshirt with a pattern of pink palm trees and accessorized with black sunglasses. 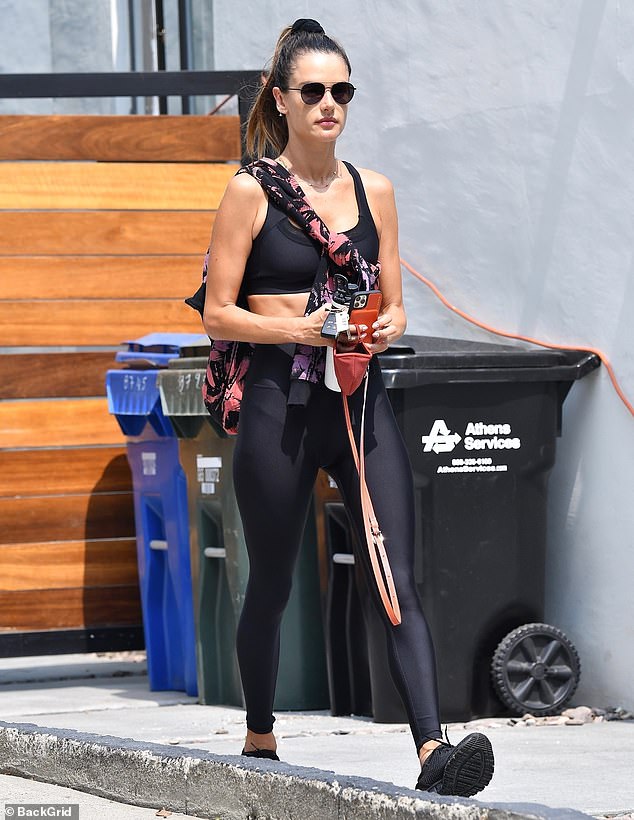 Alessandra had her dark hair up in a high ponytail and let her natural beauty shine without makeup.

The Brazilian beauty also covered up her mouth and nose with a red face mask amid the ongoing coronavirus pandemic.

The former Victoria’s Secret model has been keeping in shape in the gym and on the sand with several recent beach volleyball sessions in Malibu, California.

She joined friends Sunday for a friendly match on the beach amid the wildfires crisis that has gripped the West Coast. 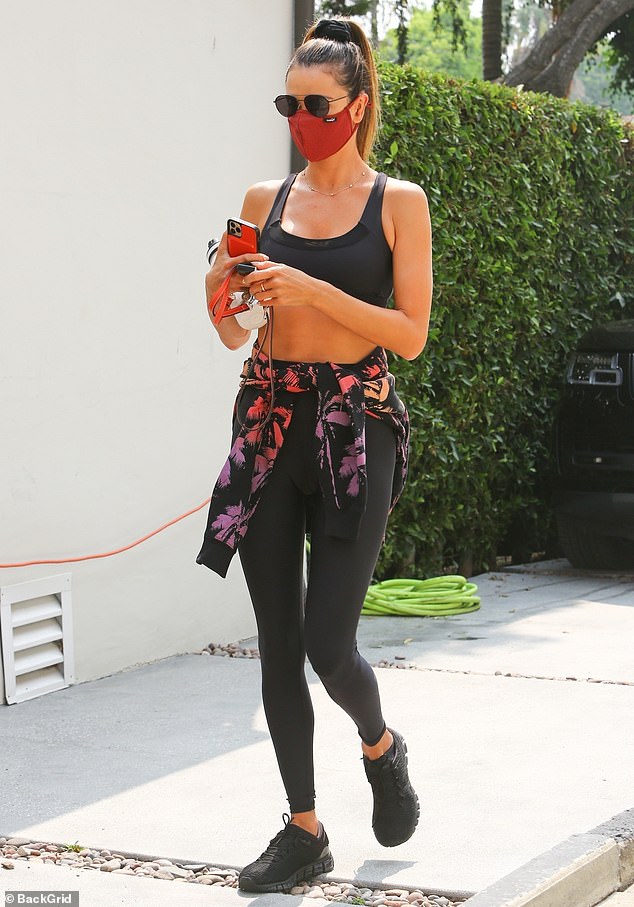 Toned physique: The 39-year-old model showed her toned arms and flat stomach in a black sports bra that she paired with matching leggings and sneakers

She has been in a relationship with Italian businessman Nicolo Oddi, 39, for two years. 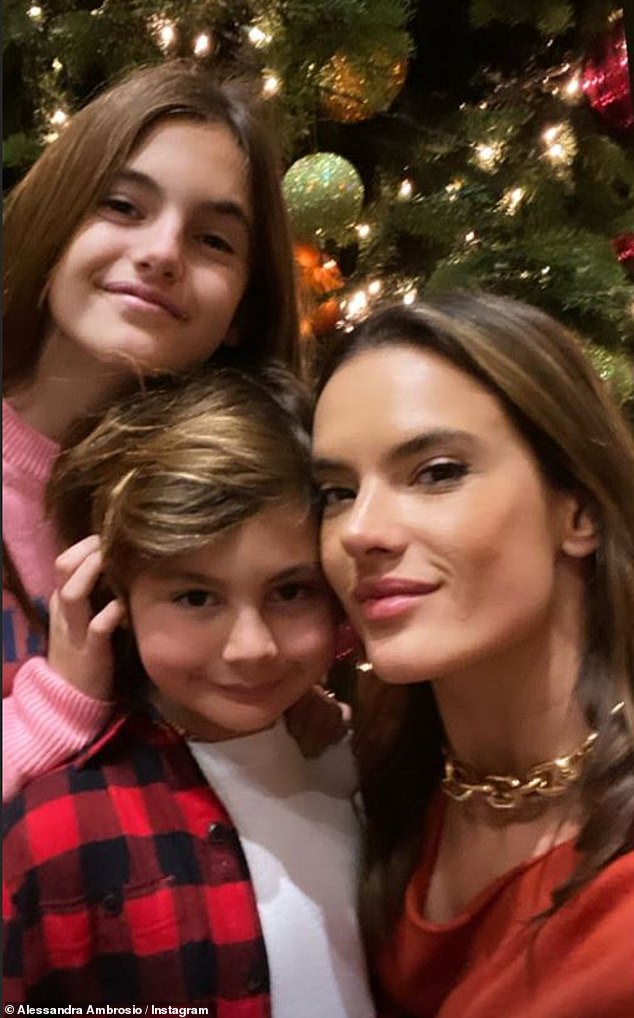 The native of the southern Brazilian state of Rio Grande Do Sul has lived in the United States for about two decades and recently became a US citizen.

‘We always had this dream. We grew up in Florianopolis, which is an island south of Brazil, and swim was always like our second skin. We were always in a swimsuit going from one beach to another and always wanted to have a bikini shop there one day. That was our dream when we were 18,’ Alessandra told People last year when the brand launched, adding that the name of their brand was a combination of the letters in their names (Gisele+ALessandra+ALine) as well as a tribute to their Brazilian beach spot. 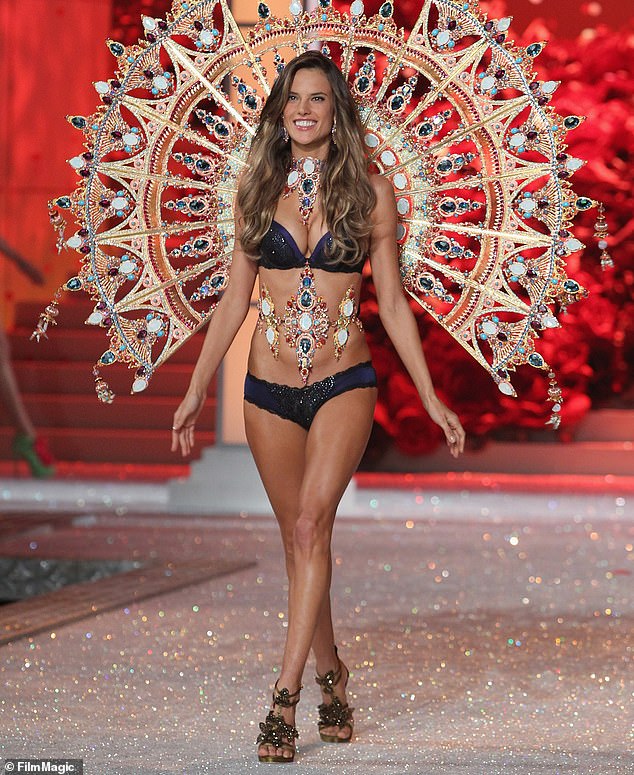 Top model: The Brazilian beauty is shown walking during the Victoria’s Secret Fashion Show in November 2011 in New York City