She recently celebrated her own birthday with a balloon-filled house and lavish cakes.

And Alexandra Burke returned the favour to her BFF Anthony Henry, who she has been friends with since 19, on Wednesday.

The talented singer, 32, took to Instagram to post a collection of fun throwback snaps with her pal to celebrate his birthday. 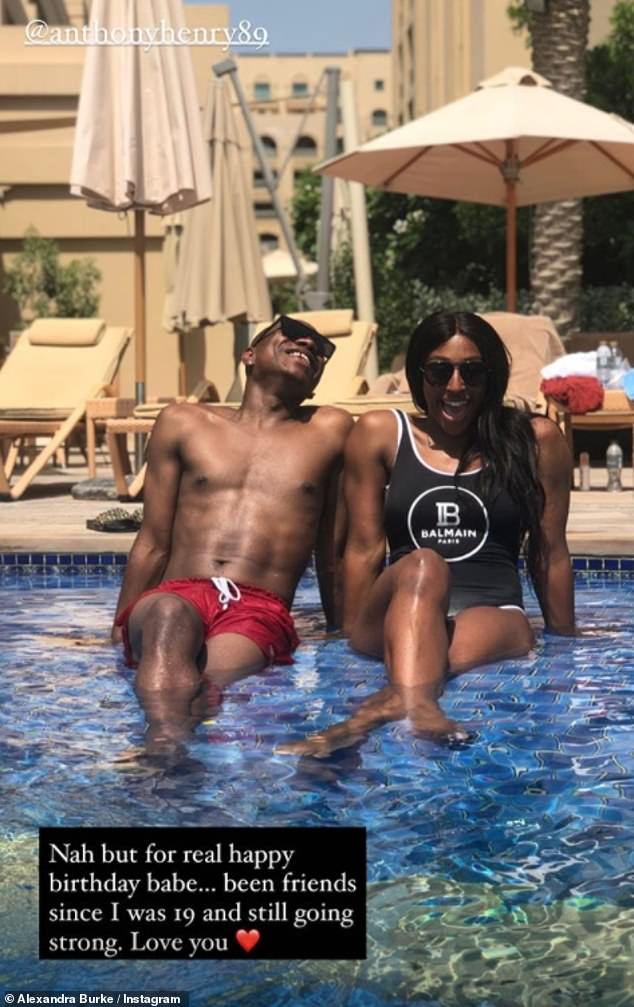 Fun! Alexandra Burke took to Instagram on Wednesday to post a collection of fun throwback snaps with her BFF Anthony Henry to celebrate his birthday

In the photos, Alexandra looked sensational as she displayed her toned figure in a collection of swimwear.

For one look, the Strictly Come Dancing star displayed her washboard abs in a strapless white bikini as she posed on a yacht.

In a different swimwear ensemble, Alexandra highlighted her toned figure in a stylish black Balmain swimsuit.

For both snaps, the star appeared in great spirits as she posed with a pair of black sunglasses and her brunette tresses swept to one side. 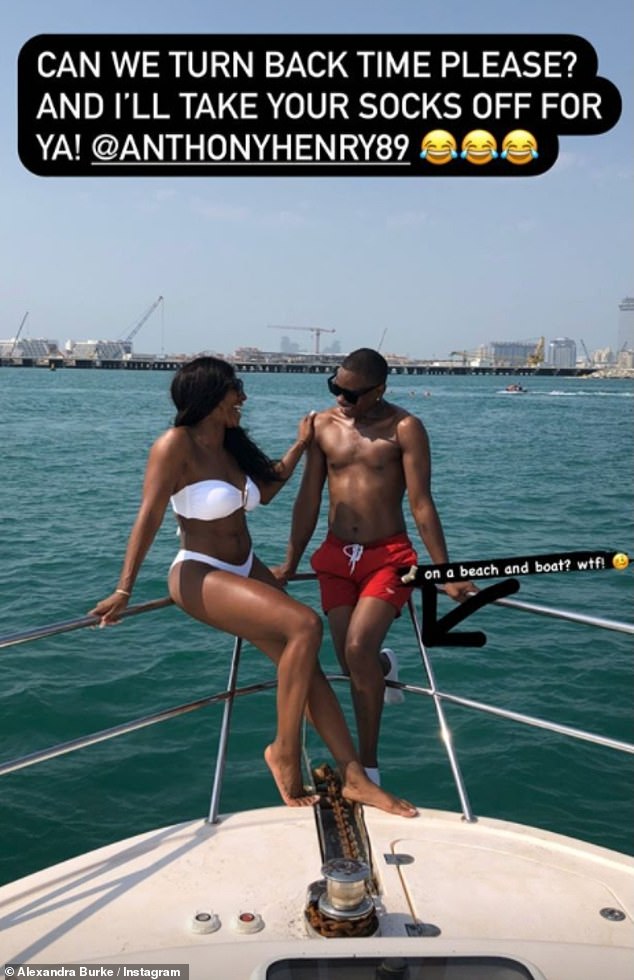 Wow: The talented singer, 32, looked sensational as she displayed her washboard abs in a strapless white bikini while posing on a yacht for one photo

Last month, Alexandra declared she’s ‘proud of my body and the skin I’m in’ in a candid post shared to Instagram.

The singer showcased her toned figure as she slipped into black lingerie by Lounge Underwear in a photo taken weeks before.

Months after revealing she was once told to lighten her complexion, the artist admitted she was apprehensive about uploading the radiant photo to social media at first, but later found the courage to be confident and embrace her ‘blemishes’.

The brave media personality wrote in the accompanying caption: ‘Scrolling through my phone and found this picture I took a few weeks ago… 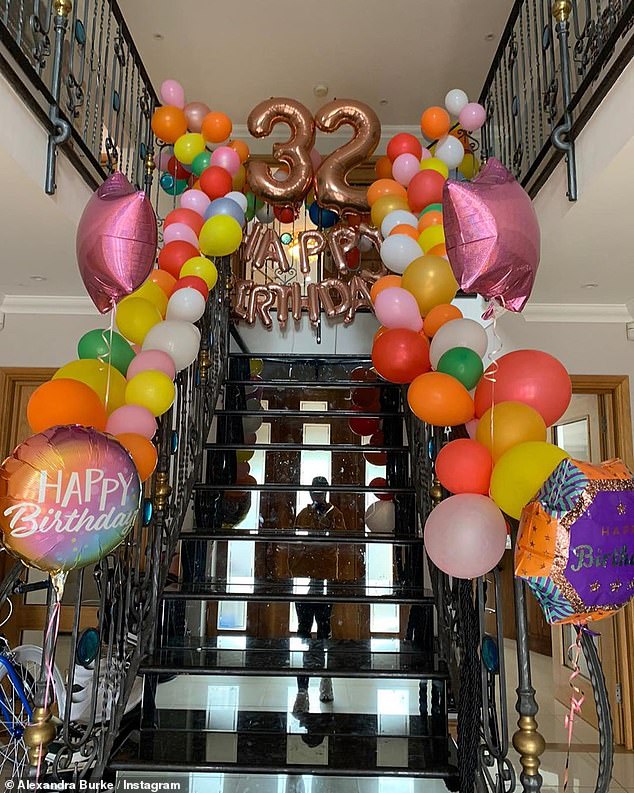 Birthday gal! She recently celebrated her own birthday with a balloon-filled house and lavish cakes

‘I wasn’t going to post it because I’m quick to put myself down… I’m finding that mental space to remind myself that i’m proud of my body and the skin I’m in.. blemishes and all… bring it on… ❤️.’ (sic)

Alexandra’s bold post came after she made an emotional revelation that she was told to bleach her skin after she won The X Factor in 2008.

The musician spoke in a candid Instagram video in which she said she was told she would have to work ‘ten times harder than a white artist’.

The Islington native, who is of Jamaican descent, also delved into the ‘microagressions’ she experienced from various music labels throughout her career and how she has struggled. 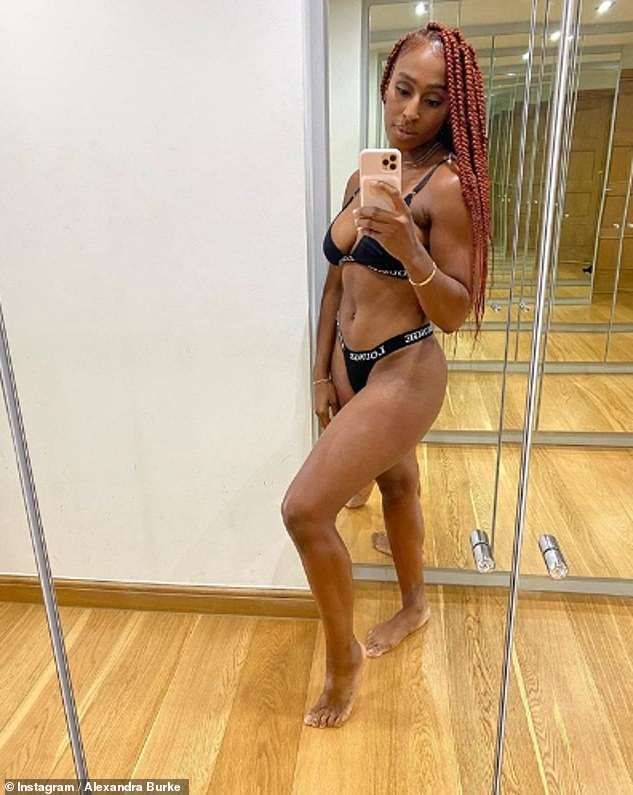 ‘Blemishes and all, bring it on!’ Alexandra recently declared she’s ‘proud of my body and the skin I’m in’ as she slipped into a Lounge Underwear set for a candid Instagram post

The TV star, who was visibly shaken, explained: ‘The music industry is such a funny little place. I love signing, I love what I do but if it wasn’t for the love that I have for music I definitely wouldn’t be in this industry.

‘A few reasons are, when I won the X Factor I was told, ”Right, because you are black, you are going to have to work 10 times harder than a white artist, because of the colour of your skin…

‘That was so hard to digest. I was told to bleach my skin and that was something I refused to do.’ 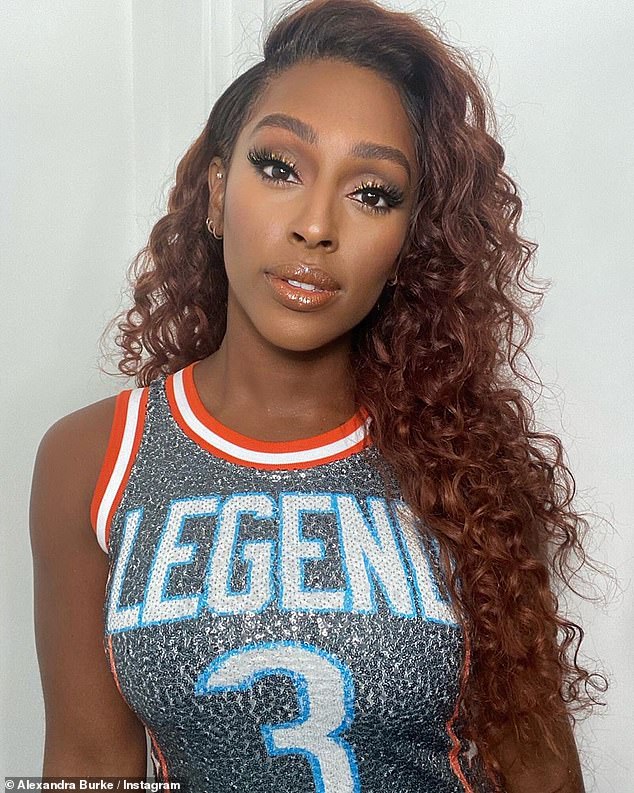 Emotional: Alexandra’s bold post came after she made an emotional revelation that she was told to bleach her skin after she won The X Factor in 2008