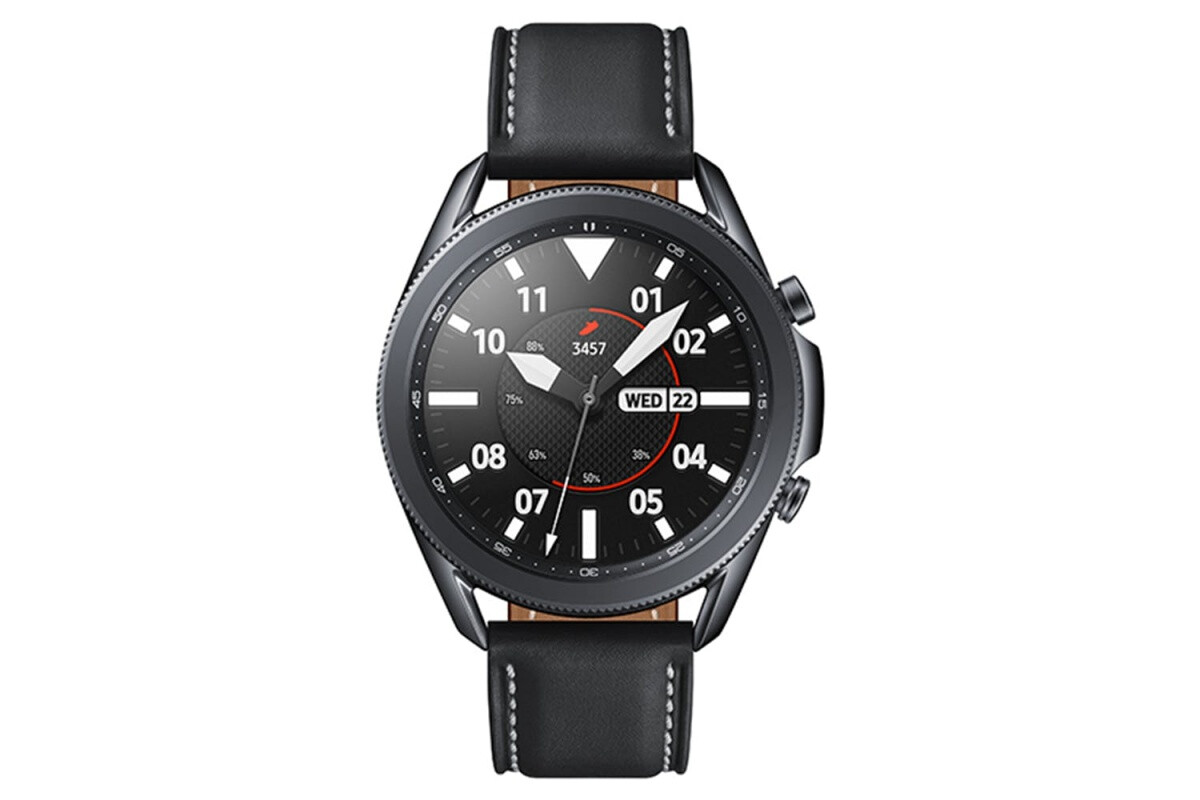 The Galaxy Watch 3 might just be not only the best wearable device ever released by the world’s largest smartphone vendor but also the single best alternative to the industry-dominating Apple Watch Series 5 available right now.
As such, we were obviously not surprised to see the Android and iOS-compatible bad boy priced at a whopping $400 and up straight off the bat, but although the circular timepiece has reportedly got off to a flying start at the box office not long ago, at least in one key market for Samsung, you can already save big stateside without jumping through any hoops whatsoever.

There are absolutely no strings attached to Amazon’s unusually early and unexpectedly great Galaxy Watch 3 deal, but given those two things, it’s probably a good idea to order the “Mystic Black” 45mm model as soon as possible. While the device is in stock at the time of this writing at a deep $64.69 discount and ready to ship nationwide within a couple of days, we fully expect delivery estimates to begin slipping momentarily before the e-commerce giant eventually runs out of inventory or bumps the smartwatch back up to its $429.99 MSRP.

Unfortunately, folks with smaller wrists are currently looking at spending more than those willing to buy this jumbo-sized Galaxy Watch 3 variant, as both the gold and silver 41mm flavors remain listed at their aforementioned regular price.

Arguably the most eye-catching thing about this particular Samsung Galaxy Watch 3 version is its big and bright 1.4-inch Super AMOLED display equipped with a resolution of 360 x 360 pixels, which comes surrounded by a handy and surprisingly slim rotating bezel. Under the relatively lightweight and stylish hood, this bad boy packs a blazing fast dual-core Exynos 9110 processor and a full gig of RAM, as well as a decent but far from impressive 340mAh battery capable of keeping the lights on for around a day between charges.

That’s not too bad when considering the Galaxy Watch 3 has everything from GPS support to 24/7 heart rate monitoring, sleep tracking, and an SpO2 sensor for measuring blood oxygen saturation levels embedded and ready to use right out of the box.