Annastacia Palaszczuk’s government spent almost $60,000 on alcohol in 12 months and a further $528,000 to gauge voter ‘sentiment’ on her COVID-19 restrictions.

The Queensland Government spent more than $1,000 a week on beer and wine at 99 functions from July 2019 to June 2020, new figures have revealed.

Ms Palaszczuk defended spending the $59,938 on Tuesday when she was asked a parliamentary question about the bill. 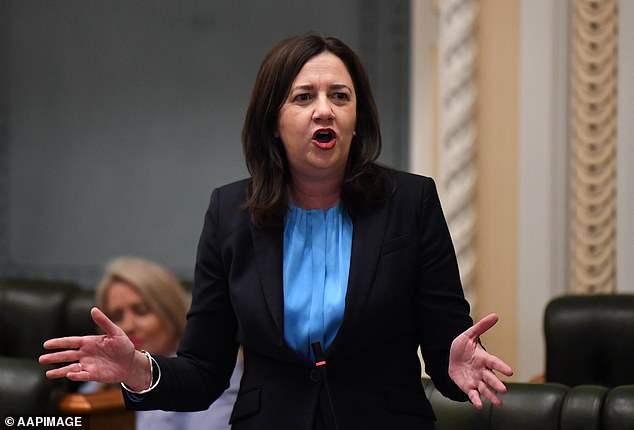 Queensland Premier Annastacia Palaszczuk’s government spent almost $60,000 on alcohol in 12 months and a further $528,000 to gauge voter ‘sentiment’ on her drastic COVID-19 restrictions 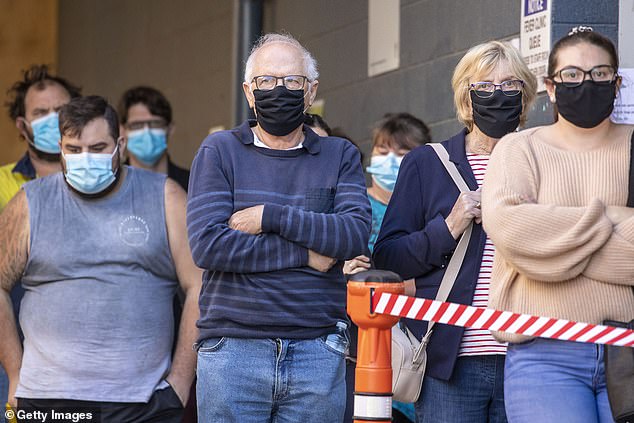 She claimed the beer and wine was offered to ‘foreign dignitaries’ at events that would help connect ‘Queensland sellers with overseas buyers’,’ The Brisbane Times reported.

‘Alcohol is only provided at functions hosted by entities within the ministerial portfolio where it is deemed appropriate to the circumstances,’ Ms Palaszczuk said.

‘It’s unacceptable almost $60,000 has been blown on alcohol by agencies under Annastacia Palaszczuk’s control while Queensland was in the midst of a recession,’ he said.

A breakdown of the spending shows the Office of the Queensland Governor spent $16,042 on 60 functions in the financial year.

The Department of the Premier and Cabinet spent $14,909 on alcohol at its 20 functions.

‘A record 234,000 Queenslanders out of work and the worst unemployment rate in the nation is nothing to toast.’

Meanwhile, it has also been revealed Ms Palaszczuk’s office has spent more than $528,000 on corona­virus polling in the past few months.

She also hired political strategist Mike Kaiser to help craft the state’s COVID-19 economic recovery, after Queensland sensationally closed its borders to the rest of the country amid the pandemic.

Consultancy firm KPMG – where Mr Kaiser works – was given a confidential $275,000 contract on May 7 to provide ‘advice on the development of an economic recovery roadmap’, The Australian reported.

On May 8 Ms Palas­zczuk then released the roadmap for easing restrictions, including opening the borders on July 10.

Queensland’s borders were closed to the entire country on March 26 before being opened to all but Victoria on July 10.

Ms Palas­zczuk quickly reversed the decision on August 8 and closed them again to all of New South Wales and Canberra.

But a KPMG spokesperson said he will not be helping Labor with the upcoming election of October 31.

‘KPMG has been engaged to provide assistance to the COVID-19 taskforce on the state’s economic recovery strategy, including assisting the development of an infrastructure project roadmap,’ he said. 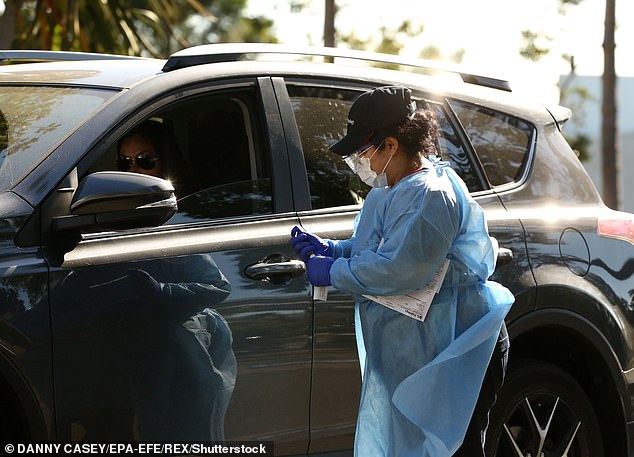 worker helps a patient at a drive-through COVID-19 testing facility in Murarrie, Brisbane 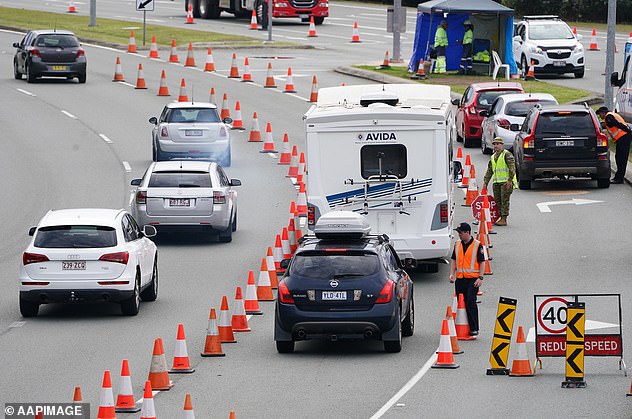 In the last financial year Queensland Treasury issued five contracts to KPMG, including a $145,251 contract on April 1, at the height of the pandemic.

Ipsos Public Affairs was then given an ‘additional waves’ top-up contract of $390,380 on June 19.

Communications firm Newgate Communications was given two contracts from the Department of Premier and Cabinet worth $190,476 on April 20 and May 25.

Ad agency MediaCom raked in $4.9million for COVID-19-related advertisements – the most lucrative contract from the premier.