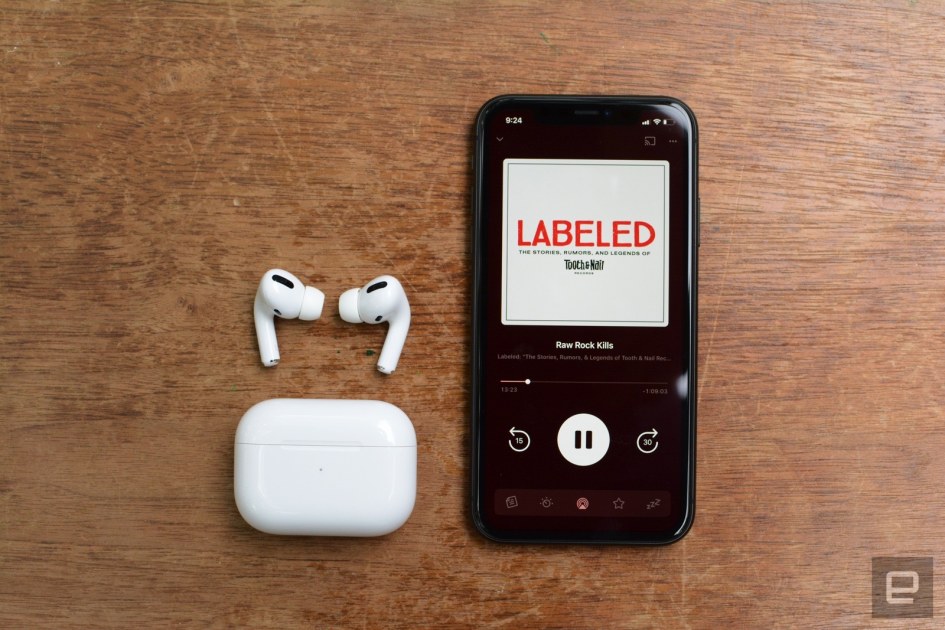 The latest firmware update for Apple’s AirPods Pro and second—generation AirPods has arrived, and it brings at least a couple of much-awaited features with it. For the AirPods Pro, build number 3A283 debuts spatial audio, which enables a surround sound effect for a movie theater-like experience. The tech giant didn’t release a feature log for the firmware, but AppleInsider was able to confirm it adds a spatial audio setting within the AirPods Pro bluetooth menu.

When switched on, the earbuds’ accelerometer will track your head movement so the audio stays fixed even when you turn your head. Apple first revealed that it’s releasing spatial audio for the Pro earbuds back in June during its virtual WWDC keynote, where it also announced that it’s rolling out an AirPods feature that gives you the ability to automatically switch between Apple devices. That’s the other capability that comes with firmware 3A283.