She is enjoying a budding new romance and has concluded work on one of the most popular sitcoms of all-time.

And though it seems like Ariel Winter already has it all, one thing she needs to improve on is taking selfies.

The 21-year-old actress took to Instagram to share contrasting shots from her 20 minute selfie photoshoot on Tuesday. 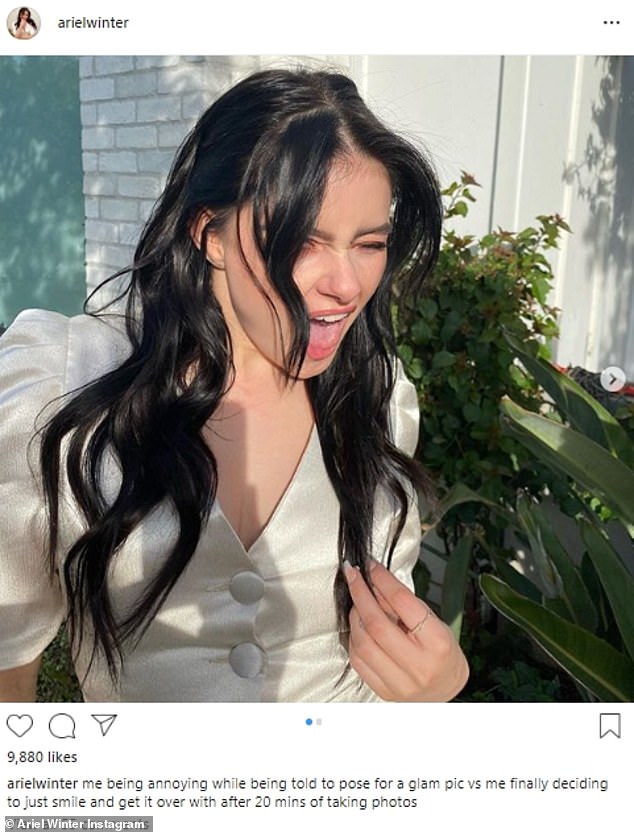 The first snap featured Ariel screaming seemingly out of frustration while the second was a cute snap of herself.

She captioned the image:  ‘me being annoying while being told to pose for a glam pic vs me finally deciding to just smile and get it over with after 20 mins of taking photos’

Ariel wore a low-cute white silk top as her raven-colored tresses were worn down lowing over her shoulders.

She topped her natural, complementary make-up with  swipe of shiny pink lip. 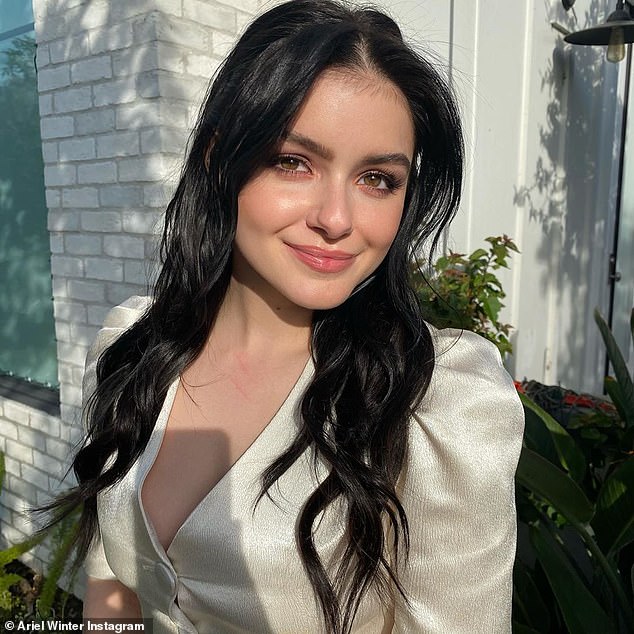 Transparent: The 21-year-old star captioned the image: ‘me being annoying while being told to pose for a glam pic vs me finally deciding to just smile and get it over with after 20 mins of taking photos’

The star certainly seems to be in good spirits as she recently started a new romance, with sources saying she is ‘definitely dating’ Luke Benward.

The Modern Family actress was romantically linked for the 24-year-old actor in late 2019, and it has now been claimed that while they haven’t confirmed the news and aren’t ‘telling a ton of people’ that they’re together, they are ‘definitely’ an item.

A source told Us Weekly magazine this week: ‘Ariel is really happy with Luke and thinks he is a great match for her.’

‘She loves his energy and charisma and feels very comfortable around him. Ariel is trying to keep her relationship with Luke somewhat private and isn’t telling a ton of people that they’re dating, but they definitely are.’ 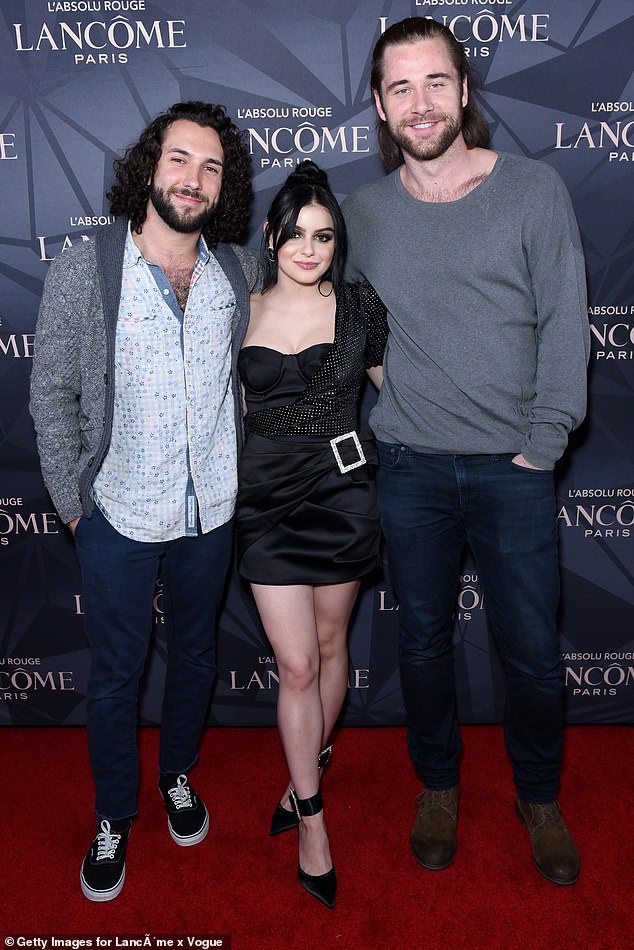 The new couple were reportedly spotted at the the InStyle and Warner Bros. Golden Globes after party last Sunday, just hours after they had shared flirty comments on social media.

Earlier on Sunday, 21-year-old Ariel posted a photo of herself on Instagram and said she ‘felt cute’, and the Dumplin star couldn’t help but agree.

She wrote: ‘Felt cute today NOT as cute as baby yoda but that’s okay because that amount of cute is UNOBTAINABLE (sic)’

And Luke commented: ‘Told ya, you wayyyyyy cuter (sic)’ 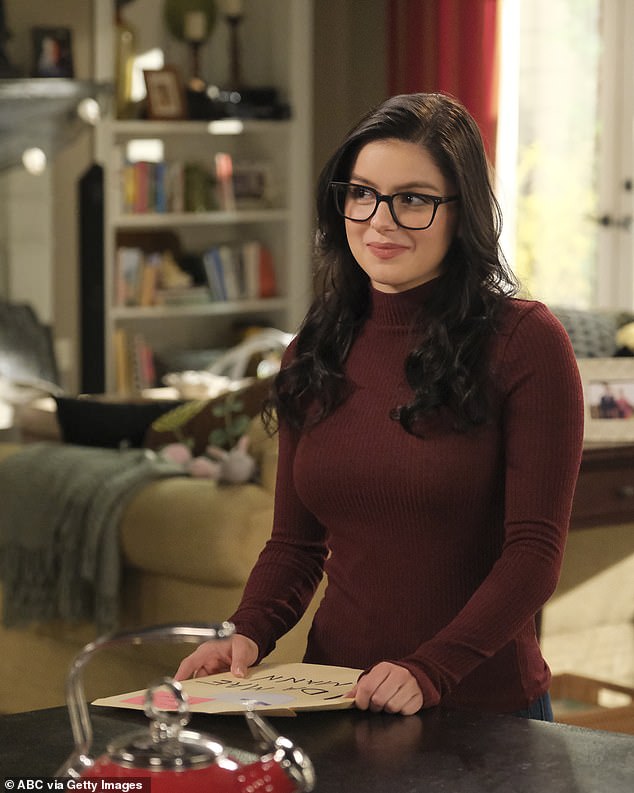 Signature role: Ariel has starred in Modern Family which will come to an end this year

Ariel and Luke were first rumoured to be dating in December, after they were spotted getting close when they visited Delilah in West Hollywood after the Ariel had earlier attended her new beau’s reading Really Really at the Lee Strasberg Theatre & Film Institute.

A source said at the time: ‘It was very clear they are a couple and they were affectionate all night long. They had their arms wrapped around each other and he put his hand on her waist.

‘They took pictures together with his phone and posed with their faces together.

‘They came out [of Delilah] around 1:45 a.m. and stood rubbing each other’s backs as they waited for their car. They never took their hands off of each other.’