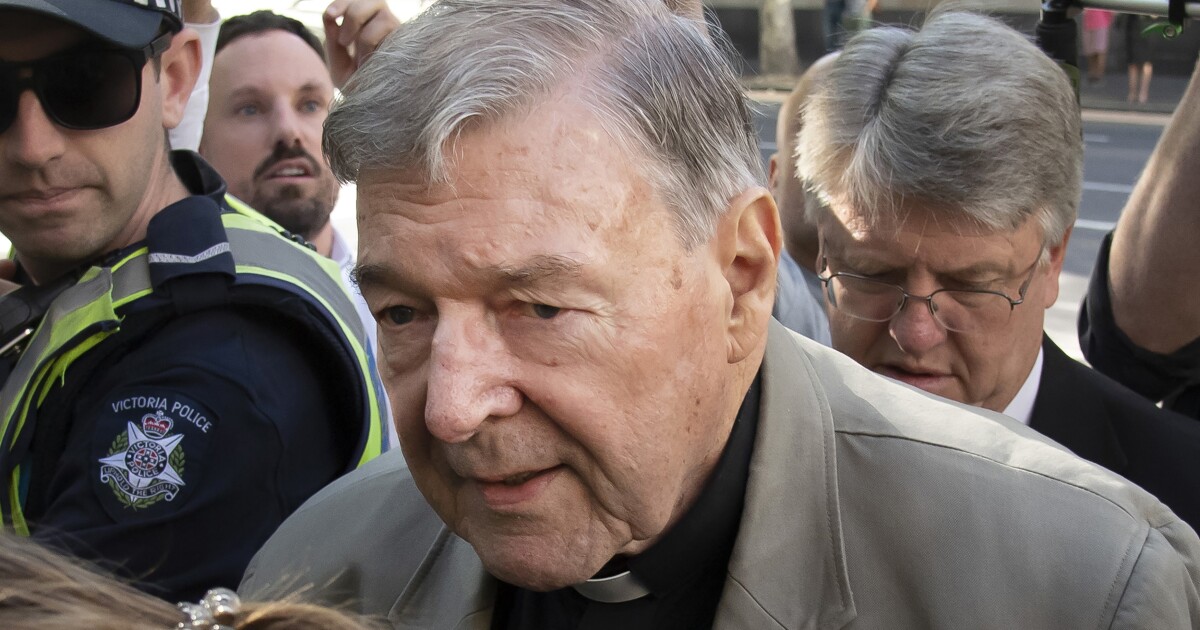 Cardinal George Pell, the pope’s former finance minister, is returning to the Vatican for the first time since his conviction on child sex-abuse charges in Australia was overturned five months ago, a church agency said Monday.

Pell will fly back to Rome on Tuesday, said CathNews, an information agency of the Australian Catholic Bishops Conference, citing “sources close to” the cardinal.

His return follows the resignation last week of one of Pell’s most powerful opponents, Cardinal Angelo Becciu, over a financial scandal besetting the Holy See.

Pell was considered the Vatican’s third-highest-ranking official and was attempting to get the ancient institution’s opaque finances into order when he returned to his native Australia in 2017 to answer decades-old allegations of child sex abuse.

He became the most senior Roman Catholic cleric to be convicted of child sex-abuse crimes after his conviction in February 2019 on charges that he molested two choirboys in the late 1990s when he was archbishop of Melbourne. He served 13 months in prison before Australia’s High Court acquitted him last April, citing reasonable doubt surrounding the testimony of a key witness.

In his first television interview after his release, Pell linked his fight against Vatican corruption with his prosecution in Australia.

The interview was conducted in April by Herald-Sun newspaper columnist Andrew Bolt, a vocal champion of the cardinal who reported the news early Monday of his return to the Vatican. The Sydney Archdiocese did not respond to a request for comment on Pell’s travel plans, and a woman who answered the phone at the Sydney seminary where Pell lives also declined to comment.

In the interview, Pell said he did not have evidence of a link between his corruption fight at the Vatican and the sex-abuse allegations against him half a world away. But he suspected that a man who swore he had been molested by Pell as a 13-year-old had been “used.”

Pell again seemed to hint at a link in a statement last week in which he “thanked and congratulated” Pope Francis for accepting Becciu’s resignation.

“I hope the cleaning of the stables continues in both the Vatican and Victoria,” Pell said, referring to his home state of Victoria, where he was convicted.

Pell, 79, said in April that he planned to return to Rome when the COVID-19 pandemic allowed him to travel. But he said he intended to make Sydney his home.

Becciu, 72, said he was fired after the pope told him that documents from the Italian financial police alleged that he had embezzled 100,000 euros (about $116,000). Becciu, the former No. 2 in the Vatican’s secretariat of state, denied any wrongdoing.

Becciu’s name had previously been caught up in a financial scandal involving the Holy See’s investment in a London real estate venture. But he said that that investment wasn’t raised in his conversation Thursday with Francis.