An Adelaide man has been charged over an alleged plot to import 20kg of cocaine, with an estimated street value of $20million, into South Australia from Greece. 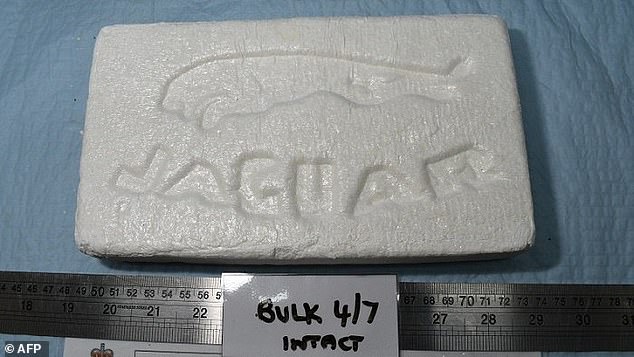 An Adelaide man has been charged over an alleged plot to import 20kg of cocaine, with an estimated street value of $20million, into South Australia from Greece

A wooden crate containing two welding machines was X-rayed, with anomalies revealed in both.

ABF officers removed a panel from one piece of machinery and found an electronic safe.

Inside the safe were nine rectangular packages that allegedly contained a white powder, with tests returning a presumptive positive result to cocaine.

AFP officers were called in and dismantled the second welder, where they found another safe with nine similar packages stored inside.

Forensic tests by the AFP confirmed the 18 seized packages contained about 20kg of cocaine.

This equates to about 20,000 street level deals, which police say can be sold for about $5million wholesale and has an approximate street value of $20million.

Police allege the Adelaide man had organised the consignment and arranged for it to be delivered to his former workplace, without the knowledge of the business owners.

It is also alleged he made inquiries to the freight company about when the consignment would be available.

The man was arrested at his Adelaide home, where police seized electronic devices and documentation allegedly connected to the consignment.

He was charged him with importing a commercial quantity of border-controlled drugs and is expected to appear in Adelaide Magistrates Court on Wednesday.