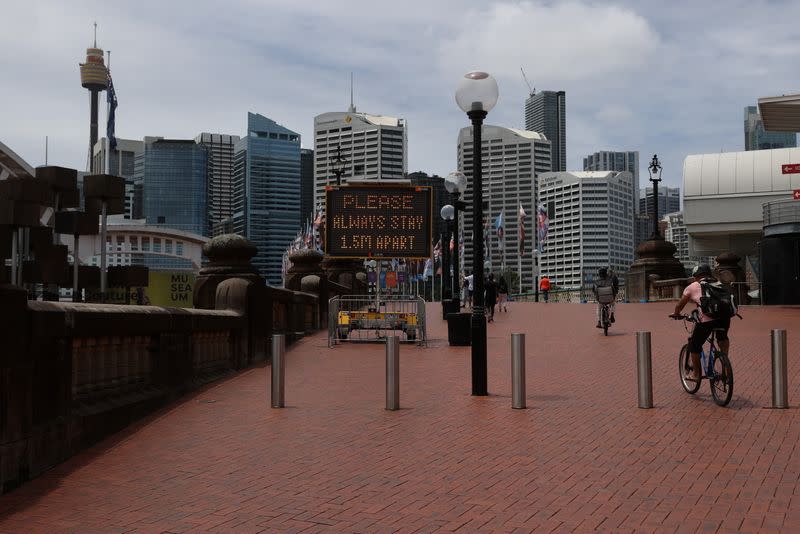 NSW daily testing numbers have dropped to around 20,000 in the last two days from a peak of about 70,000 recorded on Christmas Day, Dec. 25. The overwhelming majority of tests are in the state capital Sydney.

“The numbers are far too low… if we’re going to succeed in staying ahead of the COVID pandemic, testing is crucial in large numbers so we can be confident of the data when we’re making decisions,” NSW Acting Premier John Barilaro told reporters.

Authorities have imposed mandatory masks in indoor spaces and on public transport from Monday for Sydney’s five million residents or face a spot fine of A$200 ($154).

NSW officials had rejected calls for mandatory face masks since the pandemic started and the change of policy follows the latest Sydney outbreak, which seems to be highly infectious, and ahead of a cricket test match between Australia and India in the city scheduled to start Jan. 7.

The Australian Cricket Board on Monday further reduced the crowd capacity for the test to 25%, around 10,000 spectators, from 50%, amid criticism from health officials the event would become a virus superspreader.

Australia and India are in the middle of a four-test series, being played in the backdrop of strict health measures, with both sides to travel to Sydney for the third test from Thursday.

Two cases linked to Sydney’s fresh cluster centred around a liquor store were recorded after the daily deadline of 2000 local time. These will be added to Tuesday’s tally.

Low single-digit cases from a cluster in northern seaside suburbs in recent days suggest a strict lockdown there since mid-December may have effectively eliminated the virus, but a KPMG report said the lockdown cost NSW economy A$3.20 billion ($2.46 billion) in December.

NSW and Sydney, Australia’s largest city, have been isolated from the rest of Australia by state border closures or 14 day mandatory quarantine rules for interstate arrivals from NSW.

Australia has largely avoided the high number of cases and deaths from the new coronavirus compared with other developed countries but the latest COVID-19 clusters in Sydney have sparked fears of a wider outbreak.