Beyonce doted on her twins Rumi and Sir following a luxurious, week-long getaway with her husband Jay-Z.

The power couple were pictured nearby the coast of Cavtat, Croatia on Tuesday, leaving the massive yacht the Lana.

Beyonce, 39, and her family reportedly spent seven days on vacation together, meaning the superstar celebrated her 39th birthday during her week-long holiday. 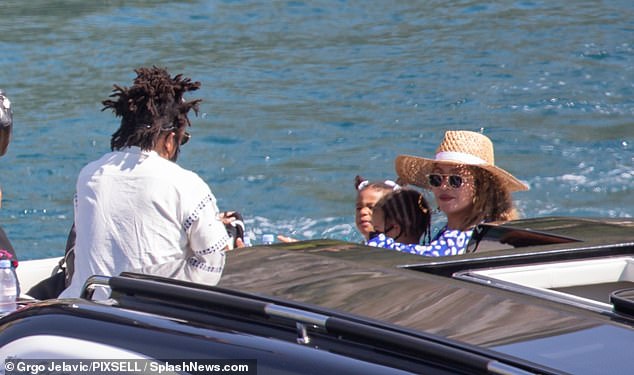 Mommy and me: Beyonce doted on her twins Rumi and Sir off the coast of Cavtat, Croatia on Tuesday

Beyonce was spotted fawning over her three-year-old children as she sat at the edge of their small boat, with Jay-Z sitting close by.

Sir appeared to be sitting on his mother’s lap, while Rumi remained obediently close by.

The busy parents of three did not appear to be joined by their eldest child, eight-year-old Blue Ivy, who was not seen on the boat.

Just because she was traveling during a pandemic doesn’t mean Beyonce wasn’t dressed up. 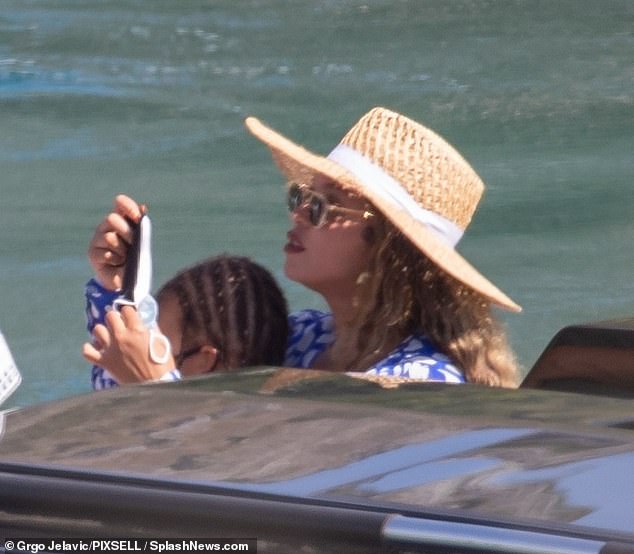 Summer chic: Just because she was traveling during a pandemic doesn’t mean Beyonce wasn’t dressed up 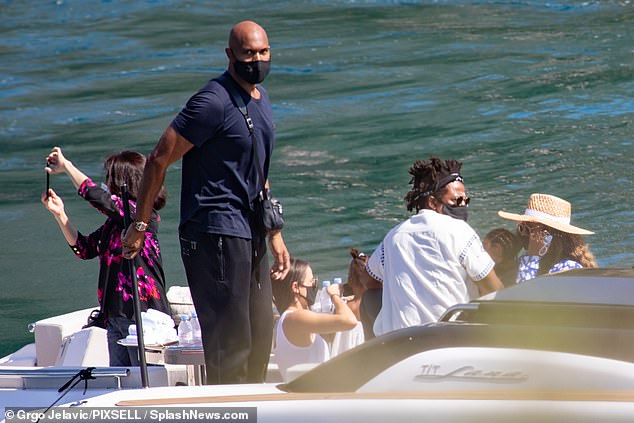 Doting parents: Beyonce appeared to be holding her son Sir, while Rumi stayed close by 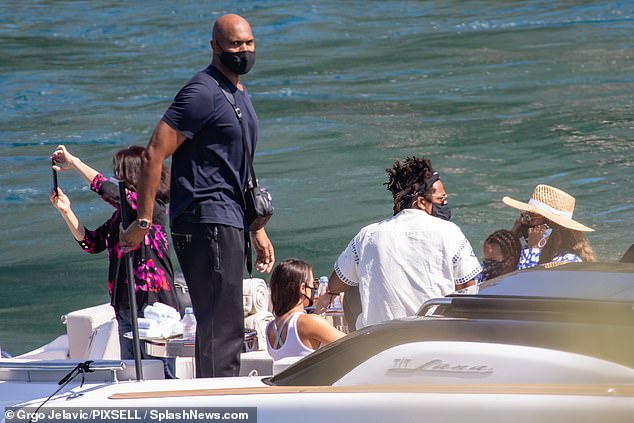 Staying protected: Everyone on board wore a face mask, though Beyonce was seen without hers on on occasion 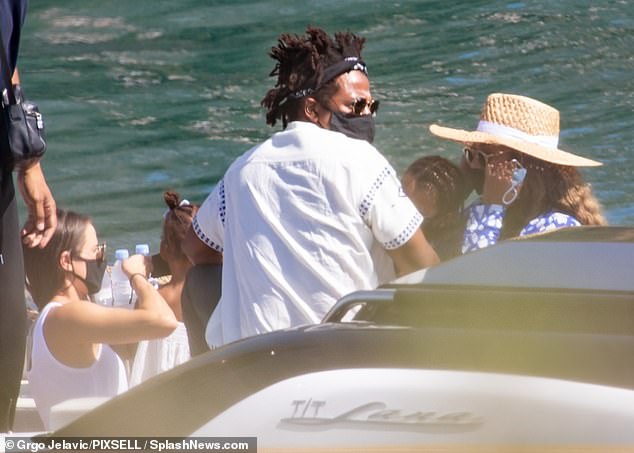 The Crazy In Love hitmaker was a vision of summer sophistication with a white and blue blouse, wicker hat, and large gold hoop earrings.

She slicked on a berry hue of lipstick, adding yet another glamorous touch to her chic ensemble.

Both she and her husband protected their eyesight with a trendy pair of metallic-rim sunglasses. 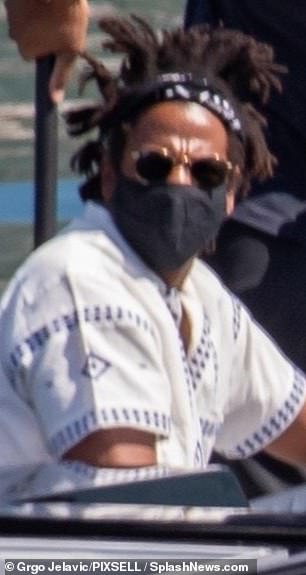 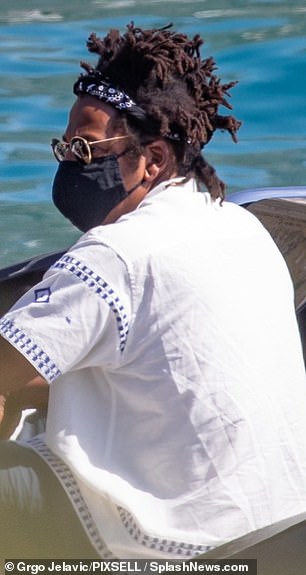 Man of style: The rapper wore a blue and white top and bandanna around his head 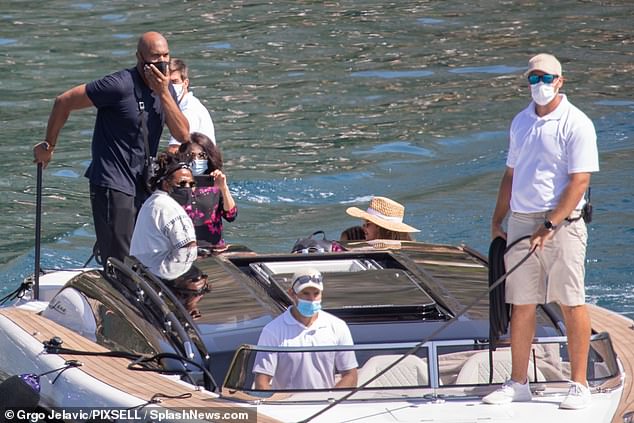 R&R: Following a well-deserved getaway with her family, Beyonce appeared relaxed and content as she returned to the real world

The duo didn’t let their guard down against COVID-19 either, arming themselves with face masks as they journeyed home.

At times, Beyonce appeared without her mask.

Following a well-deserved getaway with her family, Beyonce appeared relaxed and content as she returned to the real world. 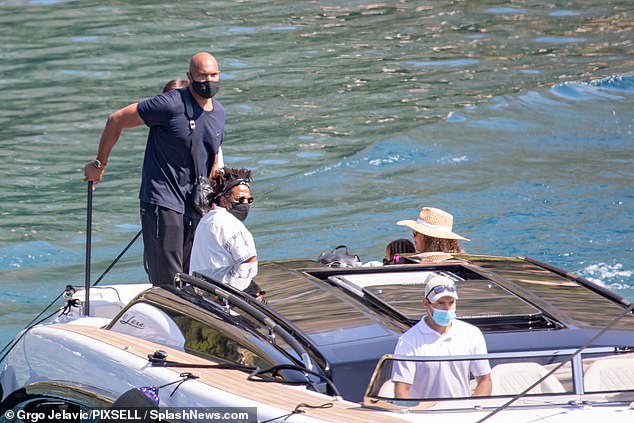 Well-deserved: Despite the pandemic, Beyonce has remained busy professionally this summer with the release of her visual album, Black Is King 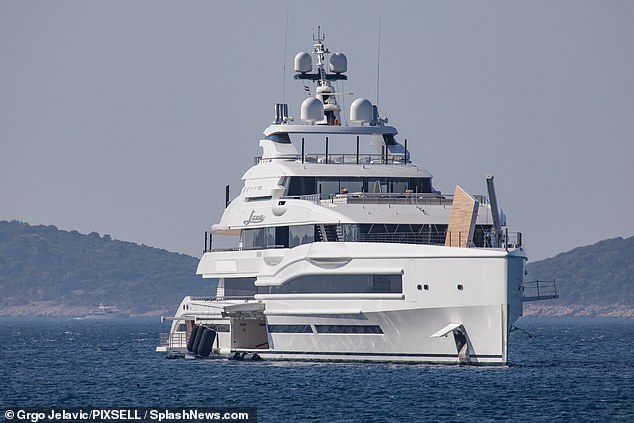 Anchors aweigh! The luxurious yacht the Lana, which the family traveled on

Despite the pandemic, Beyonce has remained busy professionally these last few months, with the release of her visual album Black Is King.

Black Is King was initially intended to be a companion piece to Beyonce’s songs from The Lion King, but took on new meaning following the recent reckoning on racial injustice.

‘The events of 2020 have made the film’s vision and message even more relevant, as people across the world embark on a historic journey. We are all in search of safety and light,’ she wrote on Instagram.

‘Many of us want change. I believe that when Black people tell our own stories, we can shift the axis of the world and tell our REAL history of generational wealth and richness of soul that are not told in our history books.’ 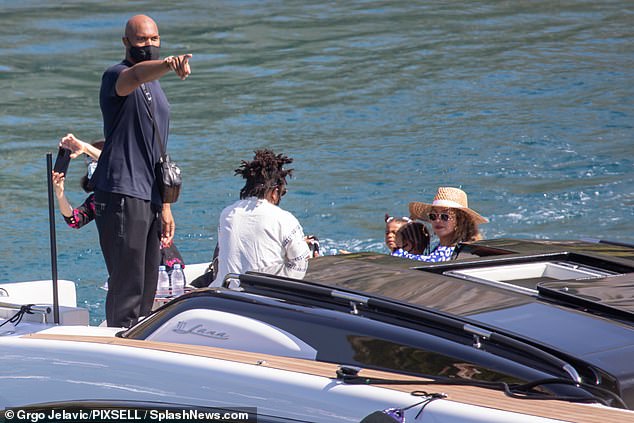 Sun protection: The Crazy In Love hitmaker wore a wide-brim wicker hat atop her curly hair 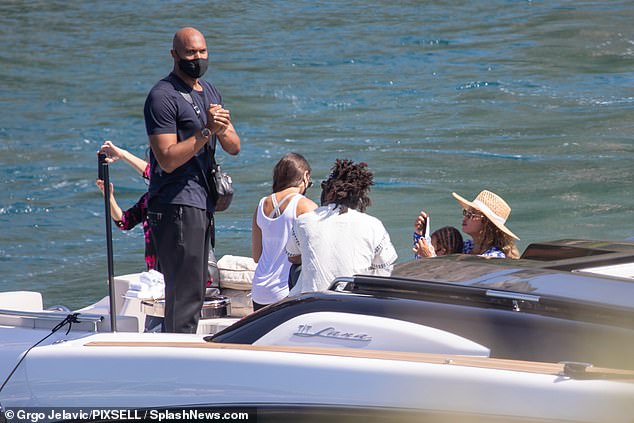 Making waves: The famous family enjoyed the sunshine from their stylish boat 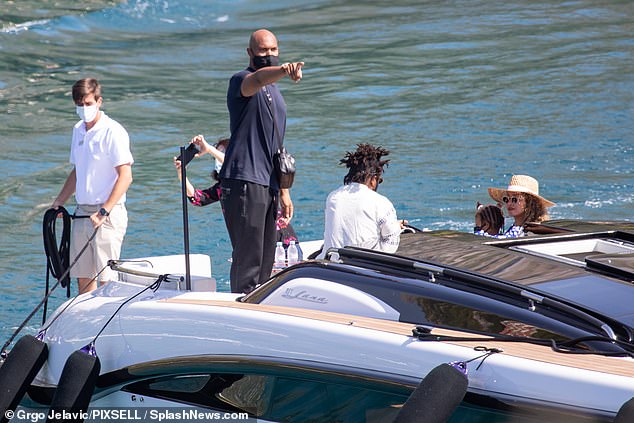 Dressed to impress: The Love On Top singer slicked on a berry hue of lipstick, adding yet another glamorous touch to her chic ensemble

The film boasted a star-studded cast including Lupita Nyong’o and Naomi Campbell, however had a disappointing debut weekend on Disney +, according to data analyzed by Yahoo! Finance.

In recent days, Beyonce has been celebrating her 39th birthday.

Beyonce’s mother Tina Knowles was among the numerous stars paying tribute to the singer on the day of her birth.

”Happy Birthday to my forever little girl ( in my head) from your biggest fan since your birth!!’ she wrote.

‘You have brought me soo much joy and have poured into me so much love and confidence . ( yes confidence ,at my lowest points you Solange , Kelly. And Angie booted me up and helped me remember my power) !!

‘I am so luck to have you in my life. Keep being a light to so many and a warrior to that keeps it moving forward even when some people don’t get your, some get it now, and some well!!!’ 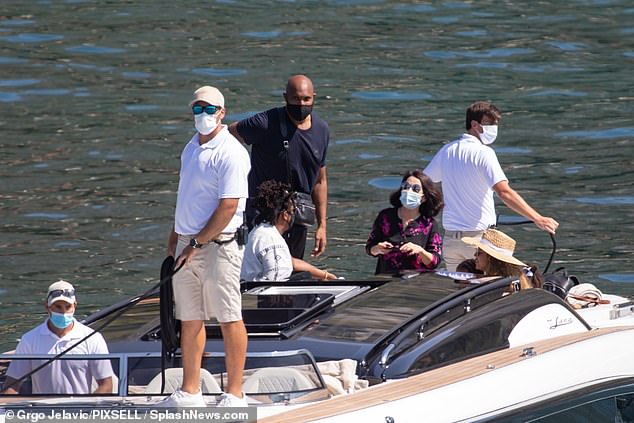 Family affair: Beyonce and Jay-Z’s eldest child, Blue Ivy, did not appear to join them 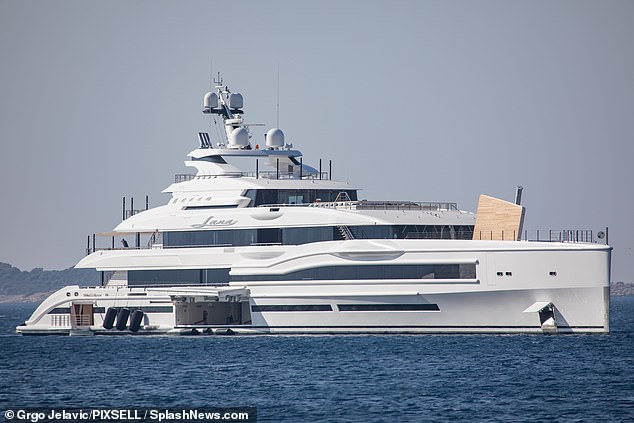 Fancy schmancy: The massive boat cruises off the coast of Croatia 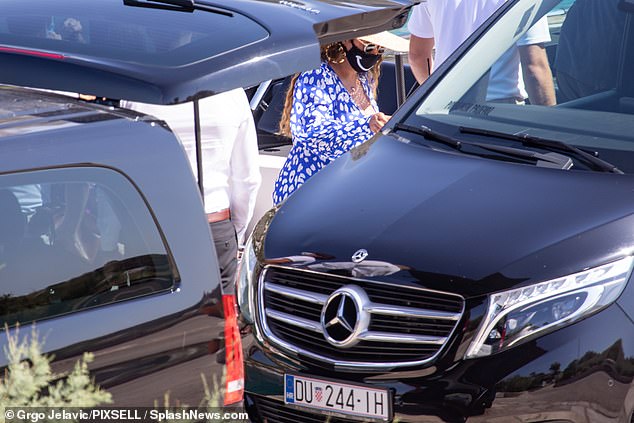 Let’s get this show on the road: Beyonce was pictured back on dry land