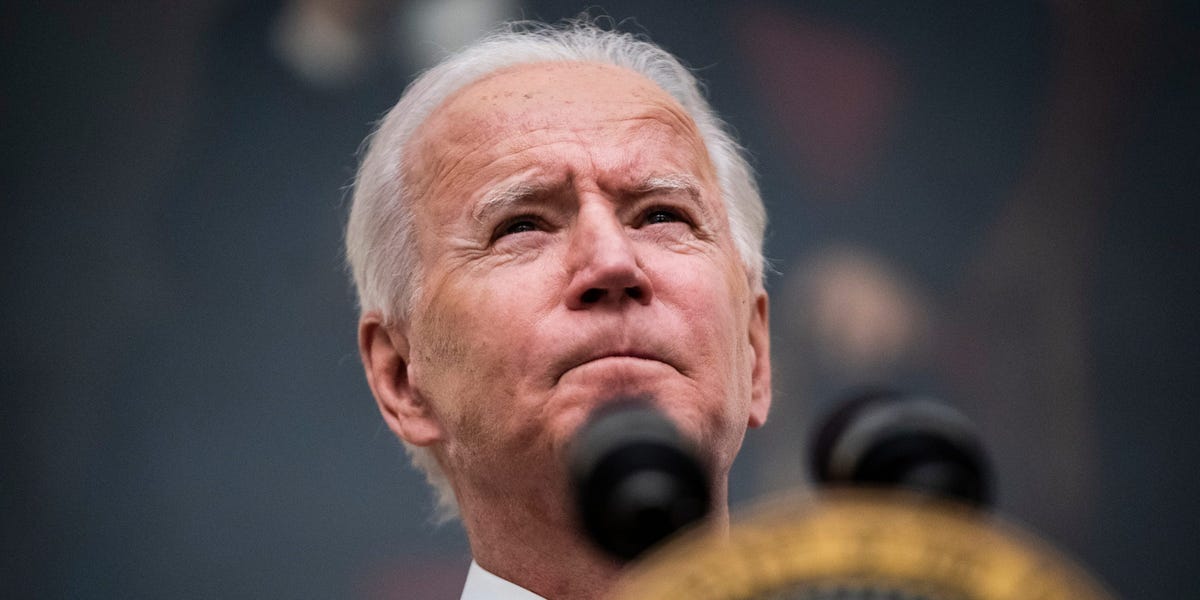 President Joe Biden made a forceful pitch for his massive infrastructure package on Wednesday, arguing his proposed 28% corporate tax hike would level the playing field between large companies and average Americans.

“I’m not trying to punish anybody, but dammit — maybe because I come from a middle class neighborhood — I’m sick and tired of ordinary people being fleeced,” Biden said in an afternoon speech.

The president also blasted companies paying little or no federal taxes without naming them. He cited a recent report from the left-leaning Institute on Taxation and Economic Policy that found 55 US multinational corporations paid $0 in income taxes last year. That roster included household names like FedEx, Nike, and HP among others.

“That’s just not fair. That’s not fair to the rest of the American taxpayers. We’re going to try and put an end to this — not fleece them, 28%,” he said. “If you’re a mom or dad, cop, firefighter, police officer, et cetera, you’re paying close to that in your income tax.”

While he signaled he was open to negotiate his proposed 28% corporate tax rate, a key plank to raise revenue for infrastructure, he stressed the need to pay for his massive $2 trillion jobs plan.

“I’m wide open, but we got to pay for this. I am willing to negotiate that,” he said.

The large plan faces an uphill battle through both chambers of Congress, where Democrats wield very slim majorities.

Congressional Democrats may opt to bypass Republicans using the strict path of budget reconciliation, a tactic to enact certain bills with a simple majority of 51 votes in the Senate instead of 60. Reconciliation was used to approve the $1.9 trillion stimulus plan without any GOP votes.

Biden on Wednesday took a swipe at Republicans who argue the plan goes far beyond the traditional understanding of infrastructure, such as roads and bridges.

“200 years ago, trains weren’t traditional infrastructure, either,” he said.