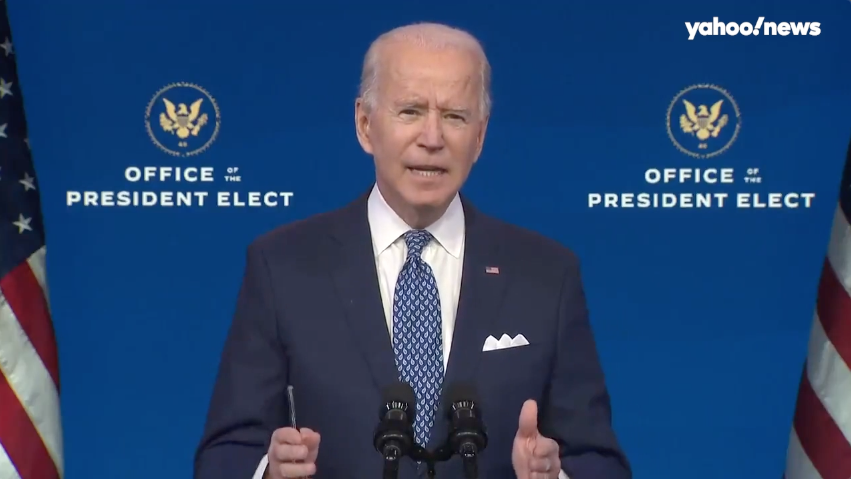 In remarks delivered on Tuesday in Wilmington, Del., President-elect Joe Biden said President Trump needs to publicly name who is responsible for the Solar Winds cyberattack. Biden said it happened on “Trump’s watch when he wasn’t watching.” Secretary of State Mike Pompeo and Attorney General William Barr have stated publicly that Russia appears to have been behind the attack.

JOE BIDEN: Enough’s enough. In an age when so much of our lives are conducted online, cyber attacks must be treated as a serious threat by our leadership at the highest levels. We can’t let this go unanswered. That means making clear and publicly who is responsible for the attack, and taking meaningful steps to hold them to account.

Initial indications, including from Secretary Pompeo, Secretary of State, and Attorney General William Barr suggest that Russia– Russia is responsible for this breach. It certainly fits Russia’s long history of reckless, disruptive cyber activities. But the Trump administration needs to make an official attribution.

This assault happened on Donald Trump’s watch when he wasn’t watching. It’s still his responsibility as president to defend American interests for the next four weeks. But rest assured, that even if he does not take it seriously, I will. While I’m disappointed by the response of President Trump, I was pleased to see leaders in both parties in the Congress speak out loudly and clearly on this attack.