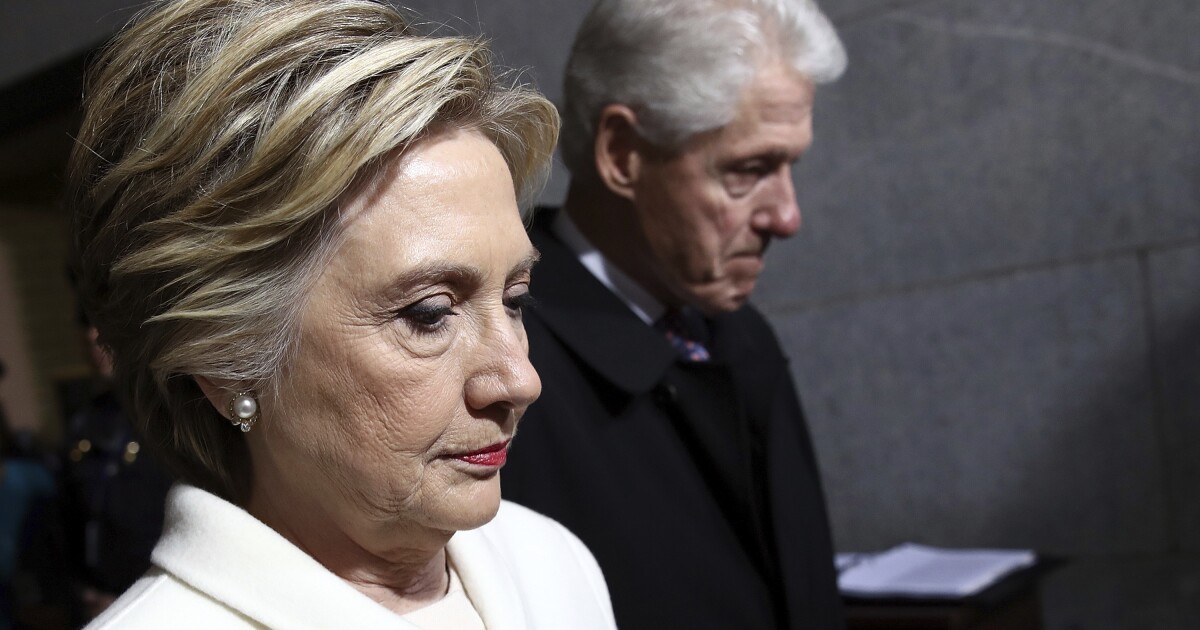 Former President Bill Clinton and his wife Hillary Rodham Clinton are increasing their warnings that President Trump will not accept defeat in the fall election and will scheme to keep control of the White House.

In a rare joint interview with American Urban Radio Washington Bureau Chief April Ryan, Hillary Clinton added to her demands that Democrat Joe Biden not concede on election night, and Bill Clinton suggested that Trump will reinforce the White House to keep officials from pulling him out on Inauguration Day.

“Do not concede under any circumstance because I believe the other side is going to cheat and sneak and try everything they possibly can,” said Hillary Clinton in the “#COVID Conversations” interview broadcast via Instagram.

After Ryan joked that Trump’s “orange knuckles” won’t let go of his Oval Office desk, Bill Clinton laughed and added, “He probably won’t even come to Biden’s inauguration. He’ll be stacking sandbags around in the White House.”

Polls show the race tightening as it moves into the final stage. Most show Biden ahead of Trump.

With growing concerns that the use of absentee and mail-in ballots will rise due to worries about the coronavirus, experts have been warning that the outcome of the election may not be known for a week or so after Election Day due to delayed votes arriving in the mail.

Democrats have made wild charges that even in defeat, Trump won’t leave the White House.

The disdain for Trump by both Clintons was on display during Ryan’s interview.

He told Ryan, “It’s very important to keep in mind that beneath all these big questions you are asking are just Donald Trump’s proven ability to manipulate the psyche of the people that he is trying to scare the hell out of. Now, this is a person who says, ‘OK, I can’t win on my own, but people will believe whatever I tell them as long as it’s bad.”

Hillary Clinton said, “He is a clear and present danger to our freedoms, our liberties, our unity, and we’ve got to defeat him. There is no alternative.”