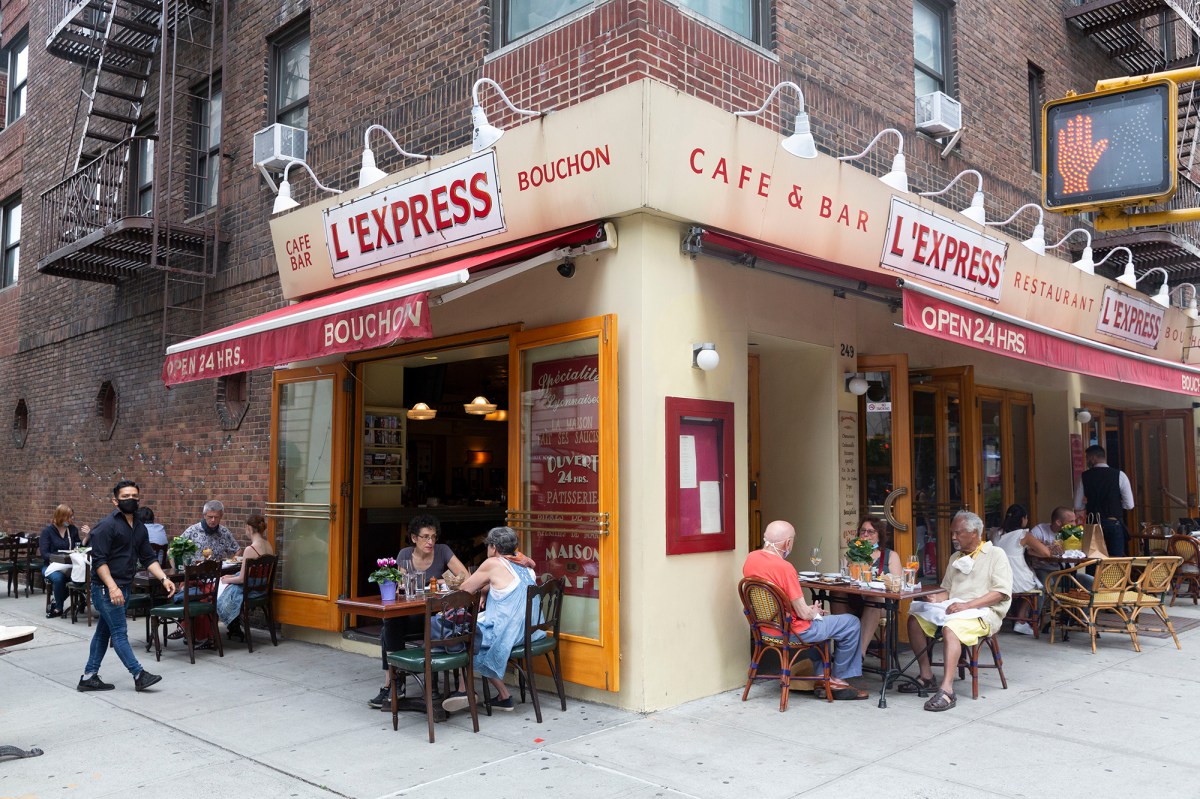 You can visit Manhattan’s Museum of Modern Art and admire Warhol’s “Campbell’s Soup Cans,” but you still can’t enjoy a simple meal inside one of the nearby restaurants. There is an absurd double standard when it comes to reopening food and other establishments across New York state.

Enough is enough: We must reopen indoor dining.

It has been nearly six months since Gov. Cuomo and Mayor de Blasio mandated Gotham restaurants shut down indoor dining, leaving thousands of New Yorkers in the food industry jobless, virtually overnight. We were led to believe these shutdowns would ease once we successfully “flattened the curves.” But even though New York City has seen an infection rate of less than 1 percent for 24 straight days, our leaders refuse to hear the desperate pleas of our struggling restaurateurs.

To add insult to injury, neighboring eateries on Long Island — some just minutes away from the borough of Queens, which I represent — are flourishing and “eating up” business that should be going to our city’s small businesses.

The data are clear: Restaurants that follow capacity and social-distancing guidelines aren’t the problem. Nassau County resumed indoor dining with up to 50 percent capacity in late June and hasn’t seen a corresponding spike in COVID-19 cases. As of Aug. 31, the county saw just 29 COVID-related hospitalizations, 10 of which were in the ICU. And yet Hizzoner has shut down indoor dining in New York City indefinitely.

When comparing regional data from beach neighborhoods on Long Island to those in the Big Apple, it becomes painfully obvious that Cuomo and de Blasio aren’t basing their decisions on any real metrics.

The City of Long Beach, for instance, has nearly identical infection rates and COVID-19 cases to similar Queens beach neighborhoods, such as Rockaway Park and Belle Harbor. Long Beach has enjoyed the business of its own local residents and city residents seeking a sense of normalcy. Meanwhile, de Blasio tells my constituents, in effect, “Let them eat cake . . . but only outside.”

Sean Heeran of Harbor Light Restaurant in Belle Harbor is just one of many restaurant owners who has lost business on account of these unfair regulations.

“Our numbers are undoubtedly down 50-60 percent,” he tells me, “and we lost our first summer being reopened since Hurricane Sandy. It seems everything in this city is a true battle, and as a result, you are seeing many people leave. It is a very dark time for the restaurant industry, and this administration must see that. If we were to fully open, our staff would increase 30 to 40 percent — another 20 to 30 jobs.”

Our governor and mayor are making arbitrary decisions based on a single factor: geography. The preferential treatment is a slap in the face to all Gotham restaurant owners who have been following state guidelines at the expense of their livelihoods. The overwhelming majority of city eateries have been compliant, patient and cooperative — and yet Cuomo and de Blasio prefer to ignore the science. Shame on them.

Since March, at least 2,800 small businesses in New York City have permanently closed; nearly half are restaurants. Federal assistance programs and outdoor dining aren’t enough to save the thousands of eateries hanging on by a thread.

That is especially true as we enter into the fall and winter season, when outdoor dining is no longer an option. According to a report by the Partnership for New York City, when the pandemic eventually subsides, an estimated one-third of the city’s 240,000 small businesses may never reopen. But de Blasio doesn’t seem to care.

In a recent press briefing, de Blasio even suggested New York City eateries may have to wait until June of next year — when he hopes a COVID-19 vaccine will be available — to resume indoor dining. At the rate at which restaurants in New York City are currently closing, there will be nothing left to reopen.

Governor, mayor, please listen: The restaurant industry is dying. Put aside your disagreements. You must work together to reopen New York City for indoor dining.

Eric Ulrich is a member of the City Council, representing the 32nd District in Queens.