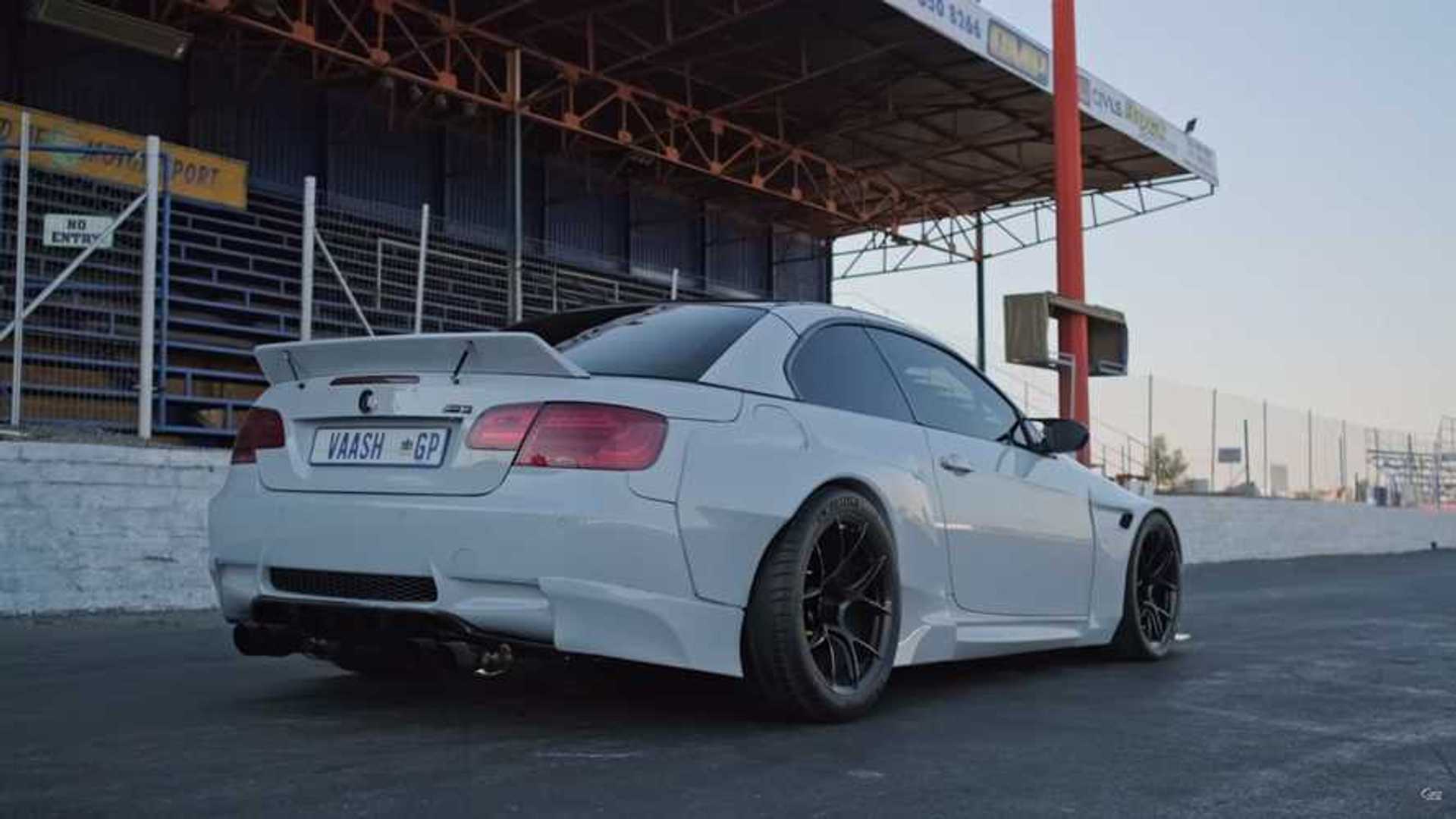 While there are some special project cars that get a deserved 15 minutes of fame, originality seems to be getting increasingly rare in the aftermarket automotive scene. Every once in a while we see breakout performances like Rob Dahm’s all-wheel-drive four-rotor Mazda RX-7. However, a new contender has risen, as Ciro De Siena of Cars.co.za was asked to drive a BMW M3 fitted with a Ferrari engine and manual gearbox.

Before we start a war in the comments section, we know this isn’t necessarily an industry-first instance of tossing a Ferrari engine into another car. Keen readers will likely cite Formula Drift star Ryan Tuerck’s GT4586 project car where he fitted the engine from a 458 into his Toyota GT86 chassis. Regardless, the BMW featured above endured a much more grassroots origin story.

The M3’s V8 went bang, and the owner was faced with a very difficult decision. Rather than dishing out money to the German automaker for a replacement motor, he decided to make a statement and opted for a Ferrari transplant. Along with the engine, they welded the convertible roof shut, fitted a body kit from Japan, and borrowed a bit of paint from Porsche. Along with prancing horsepower under the hood, the vehicle gets a manual gearbox.

Among the many modifications required to coax the Italian powerplant into the Bimmer, one of the big jobs was redesigning the exhaust manifold to fit around the factory steering column. The owners also gave the engine a cross-plane crank, rather than the original flat-plane. Purists might have a tiff over the noise change, but we’d wager that it simply adds drama to the already exciting automobile.

As far as we know, this is the only M3 with a Ferrari engine under the hood, but we’d love to see what else is out there.