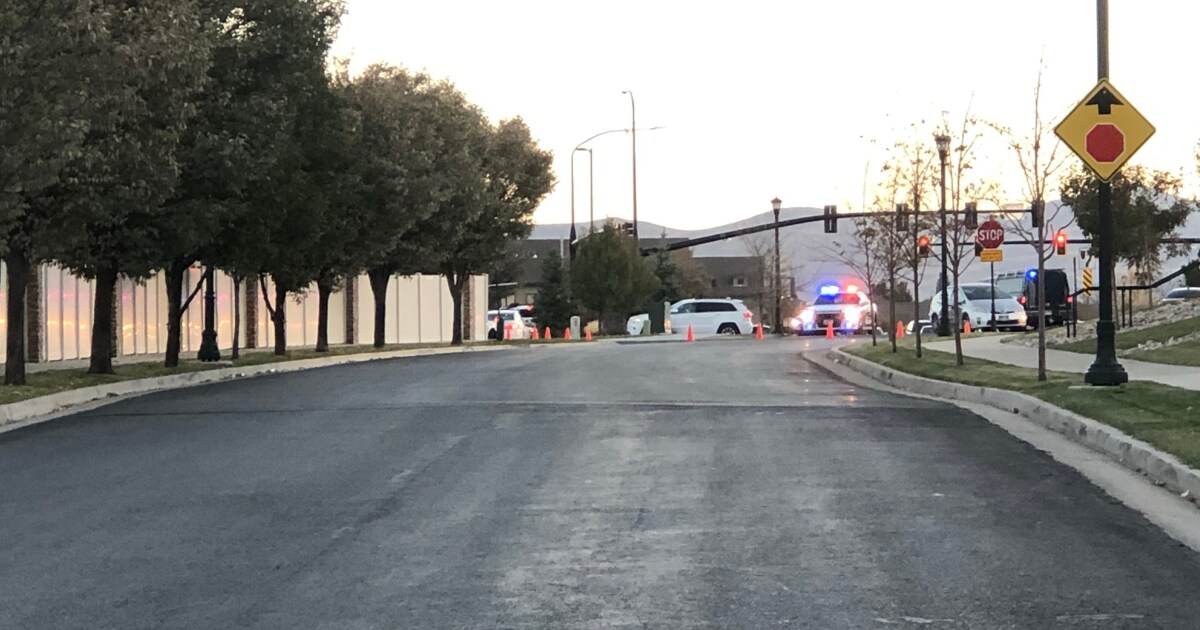 SOUTH JORDAN, Utah — Explosives experts are investigating an incident in which a man suffered critical injuries to his lower legs at a South Jordan home Saturday afternoon.

The home was also the subject of a bomb squad investigation in July. The homeowner, Ryan McManigal, was arrested on July 24 on suspicion of firing a weapon toward police officers and manufacturing explosives.

On Saturday, McGanigal’s sister, Bridget McGanigal Black, said her cousin Jacob had been working on repairs at the home when a homemade bomb went off.

“I got a call from a cousin of mine this evening and she explained to me that my other cousin, his name is Jake, Jacob was over at Ryan’s house trying to do repairs on the home. As we recall back in July, I think Pioneer Day, his home had to be partially detonated due to some bombs [Ryan McManigal] was making, so what I’m hearing is that while he was making these repairs there was a booby trap bomb set and it went off on him,” Black told FOX 13. “He threatened me that he was going to set up booby traps. He told me that he was going to set up booby traps in my mom’s house in Vegas so it doesn’t come as a surprise to me that he would do this in his own home.”

Deputy Chief Ryan Lessner of the South Jordan Fire Department said fire officials responded to the home around 4 p.m. Saturday. The explosion prompted a brief evacuation of three nearby homes.

Lessner said there is no threat to the public. The West Jordan Police and Fire departments are expected to release further details Sunday.

Police and bomb squad investigators also responded to the home because of its connection to an incident that occurred on Pioneer Day.

McManigal’s charges included two counts of attempted aggravated murder, three counts of use of a weapon of mass destruction which are first-degree felonies along with three counts of violating a protective order.

Further details on the explosion reported Saturday were not immediately available.