Dance duo Aaron and Jasmine are through to the final of Britain’s Got Talent. after wowing the judge’s during the show’s second semi-final on Saturday.

The performers, aged 28 and 32, beat dance group The Coven and 10-year-old singer Souparnika Nair to the top spot, after giving an impressive performance that was full of acrobatic techniques.

Aaron and Jasmine made it through thanks to head judge Amanda Holden who made the call to put them through after Alesha Dixon and Ashley Banjo voted for The Coven, and David chose the duo. 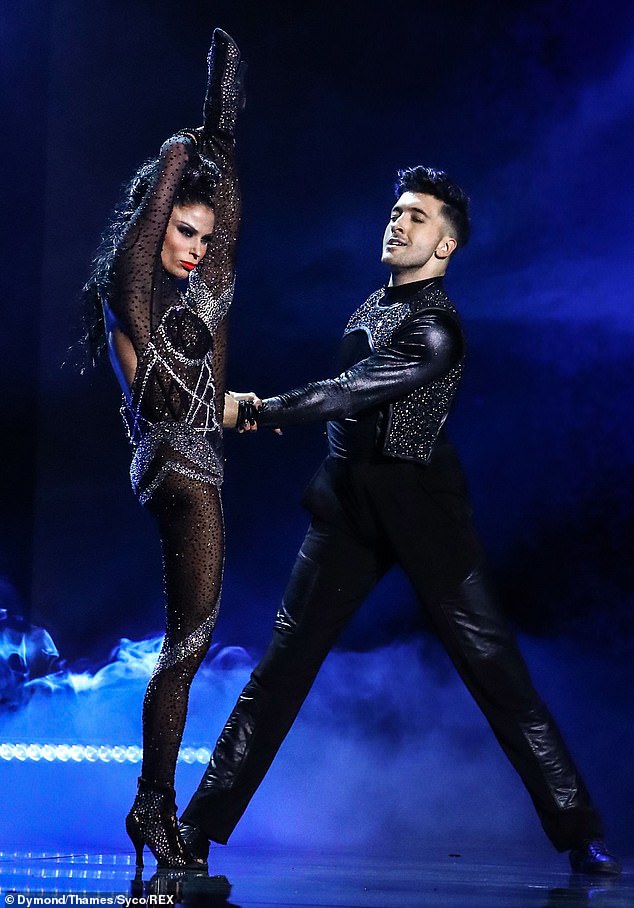 Britain’s Got Talent: Dance duo Aaron and Jasmine are through to the final as head judge Amanda Holden made the call after panel struggled to choose on Saturday’s semi-final

Aaron and Jasmine’s sizzling chemistry certainly stole the show, as following their performance Alesha gushed: ‘I loved everything about that, that was hot.

‘From the beginning and the way you were standing I told these two that she’s got that fire of “I want to win”, the technique was fantastic, you came out here and you delivered. Well done.’

While Amanda went on: ‘It was so super sexy, the chemistry between you is unbelievable I think everyone wishes you would get on with it!

‘I love the fact you had a character this time and you were an evil spider woman in it. I loved it, you were so great.’ 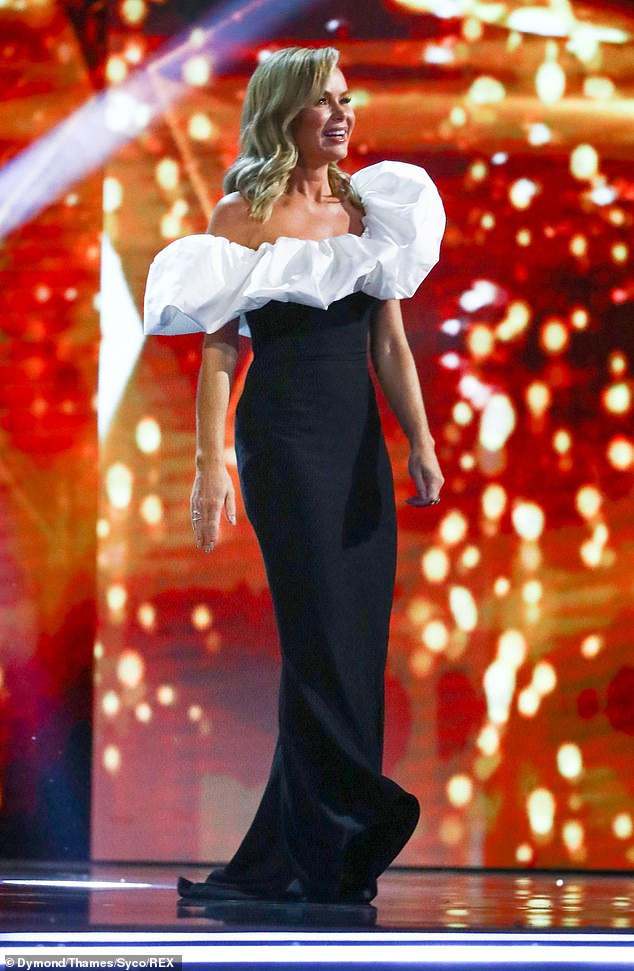 Final call: Aaron and Jasmine made it through thanks to Amanda, after Alesha Dixon and Ashley Banjo voted for The Coven while David chose the duo, leaving them at an impass

It was Ashley’s turn next, and as a fellow dancer he had constructive criticism for the pair as he said: ‘It was so good, the creative, the way it looks, the outfits, the chosen song I loved it.

‘When you were working your way down here and using the stage, it’s hard enough when there’s footwork, but coming down here and looking each of us in the eye I loved it.

‘But when you got up there the crescendo of that song was so big and so powerful I just wanted one more big wave, one more bit of power that would just hit us.

‘I didn’t quite feel that, but that doesn’t want to take from the fact that you did an incredible job so thank you.’ 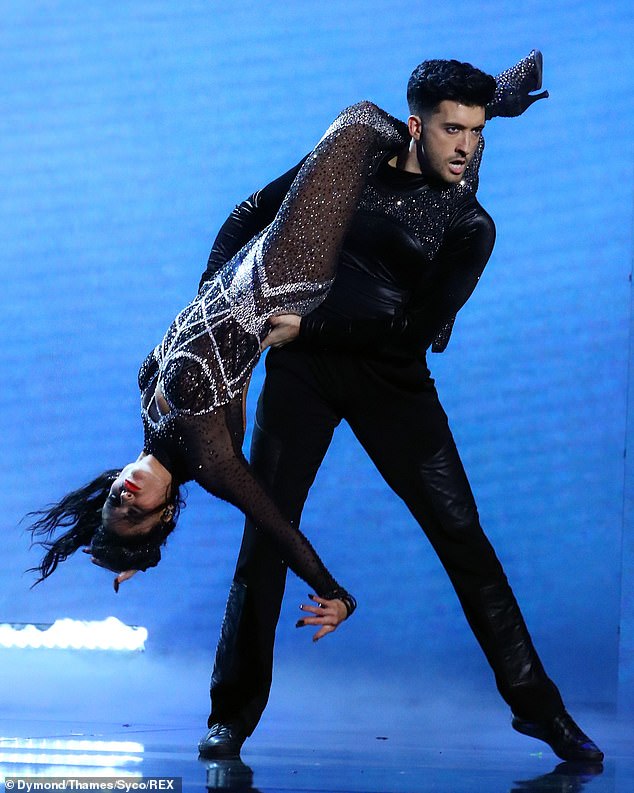 Winners: The performers, aged 28 and 32, got the top spot after giving an impressive performance that was full of acrobatic techniques

David, meanwhile, joked that he needed ‘a lie down in a dark room’ after seeing their racy performance, as he added: ‘It was mesmerising and there are times when you do this and you don’t feel like a judge, you’re in the hands of incredible performers who know exactly what they’re doing.

‘You were incredible and if you’re not in the final I feel there’s no justice in this world.’

When it came to the deliberation, Ashley claimed that he wanted to go with the act that had the most ‘successful performance’ as he picked The Coven over Aaron and Jasmine, though he felt they were ‘incredible’.

David claimed: ‘I know we have two dance acts but they couldn’t be more different. I just have to go with the acts that I felt completely electrified this evening and for me that is Aaron and Jasmine.’ 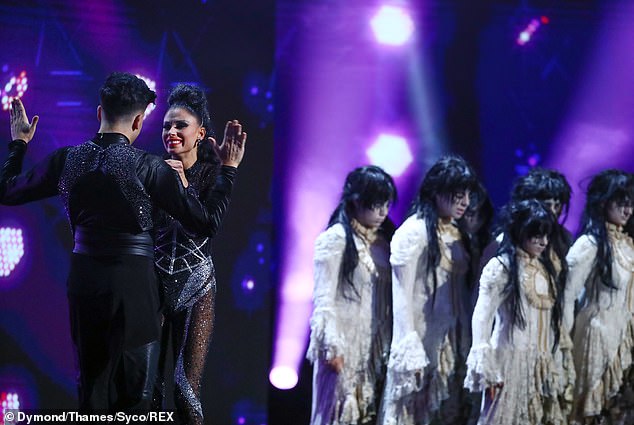 But Alesha didn’t agree, as she said: ‘The act that I’m going to choose is the act I think were the best performance of the night and for me that’s The Coven.’

So it was Amanda’s call in the end, as she explained: ‘I mean three amazing performances, especially Sou you were gorgeous tonight, you did yourself proud. But tonight I’m going to choose Aaron and Jasmine.’

Jasmine began crying as she and Aaron were announced as the winners, as she gushed: ‘Amazing, thank you so much. This is the first time we’ve performed since we auditioned for the show.

‘We’ve dedicated all of our lives to this so it’s amazing to show it and share it with the world. We will come back bigger and better and stronger.’ 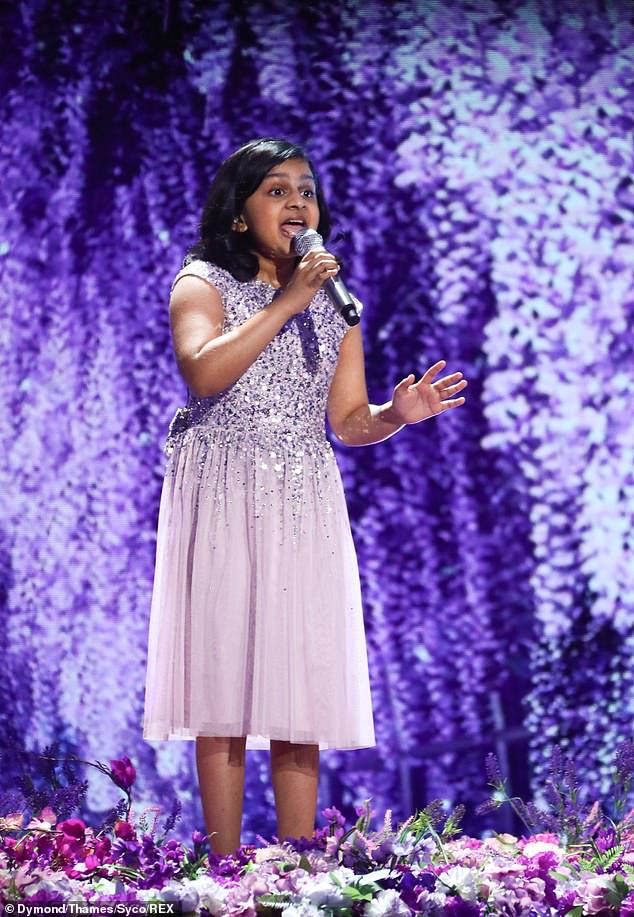 Almost! Souparnika Nair (pictured) was part of the judge’s top three, but just missed out and is now up for the public vote alongside The Coven