She is a stunning model and actress who recently announced her engagement to Brooklyn Beckham.

And Nicola Peltz served up model looks on Sunday as she struck a pose on the beach in a patterned bikini.

In the artistic image captured on her camcorder, the blonde beauty, 25, looked effortlessly stylish in a slinky colourful bikini top and bottoms that tied at her waist. 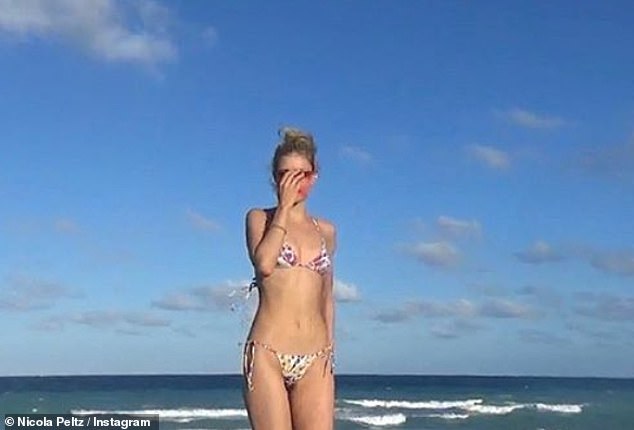 Beach babe: Nicola Peltz served up model looks on Sunday as she struck a pose on the beach in a patterned bikini and displayed her sensational physique

The tiny top displayed the star’s perky cleavage while drawing the eye to her taut midriff.

Nicola styled her tresses in a chic updo, and played with her shades as she posed in front of the breaking waves.

The image caught the attention of Brooklyn, 21, who commented on the snap ‘Perfect body. 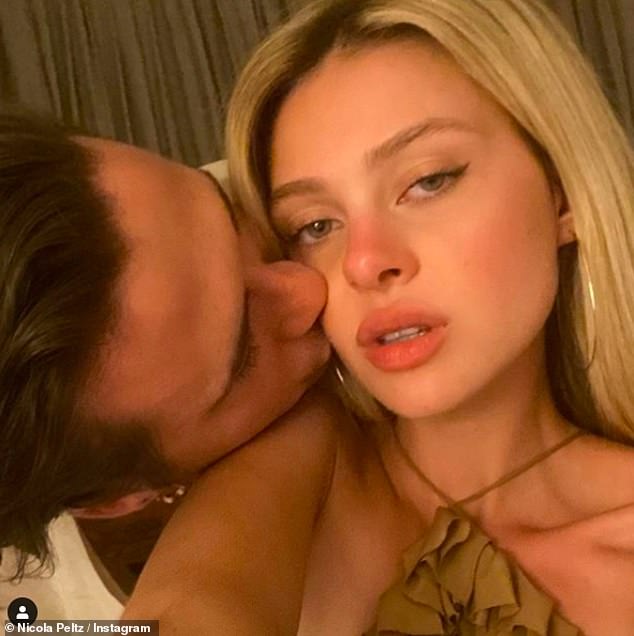 His mother Victoria Beckham, also liked the snap of her future daughter-in-law.

In the other image that Nicola uploaded, she wore a beige ruffled cross front dress and natural makeup while her beau, 21, sported a white shirt as he delicately kissed her.

Brooklyn expressed his love for his fiancé as he commented: ‘I will look after you forever’.

He also uploaded the image to his own account and said: ‘My best friend’ alongside a heart emoji. 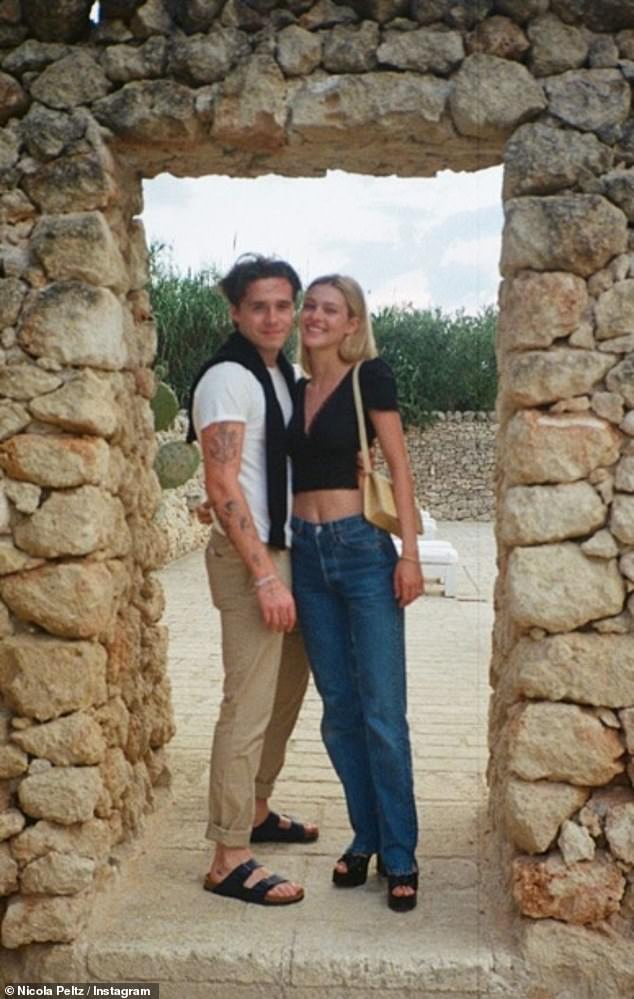 Rumours: The couple recently sparked speculation that they have already tied the knot in secret after announcing their engagement in July

Their loved-up display comes after they sparked speculation that they have already tied the knot in secret after announcing their engagement in July.

However, DJ Fat Tony isn’t convinced they are already married as he insisted earlier this week that he wants to perform at their forthcoming nuptials.

The musician spoke candidly about his intentions on Fubar Radio’s Access All Areas show, and also gushed about his friendship with the family.

Chatting with Bobby Norris and Stephen Leng, the famous DJ, 54, said of potentially hitting the decks at the wedding: ‘Who knows about that. If I’m not there’s going to be bloody trouble, let’s just say that!’ 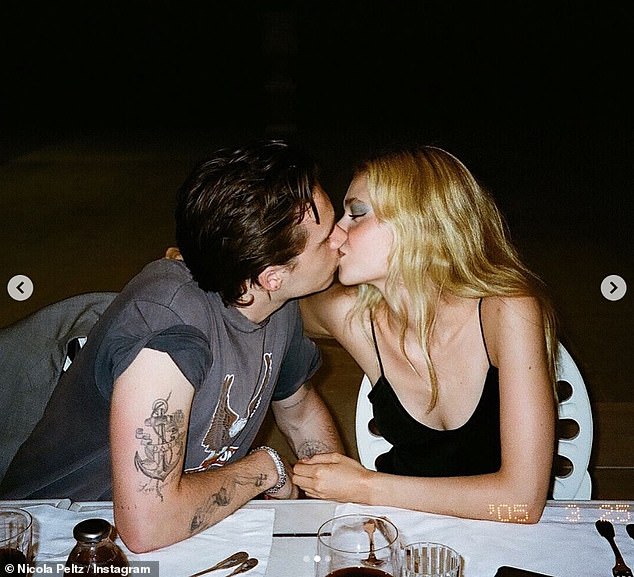 Couple: Brooklyn and Nicola have kept their Instagram accounts full of sweet snaps together in recent months

The socialite also spoke about his close relationship with the Beckham family as he went on: ‘I love Victoria and I love David and love all the kids. They get a raw deal man sometimes and all they do is good things.

‘They are an incredible family… and those kids are the most charming kids you’ll ever want to meet, so polite.

‘And there’s no like, I’m Romeo Beckham, there’s none of that stuff whatsoever. It’s incredible, it really is.’ 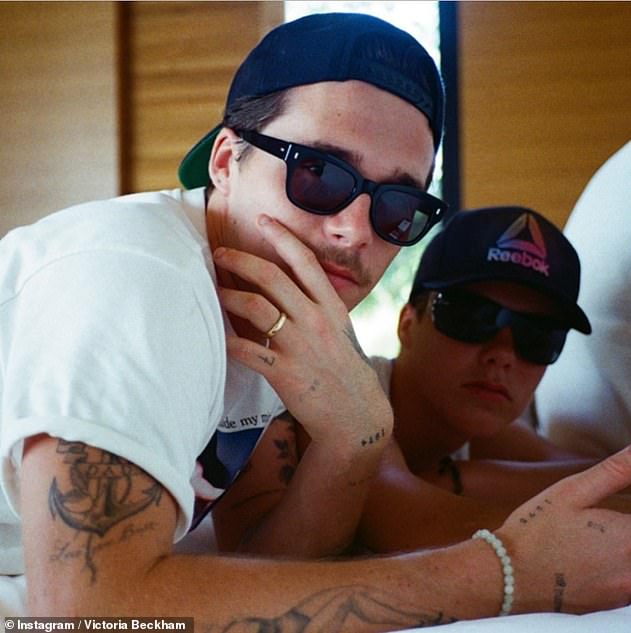 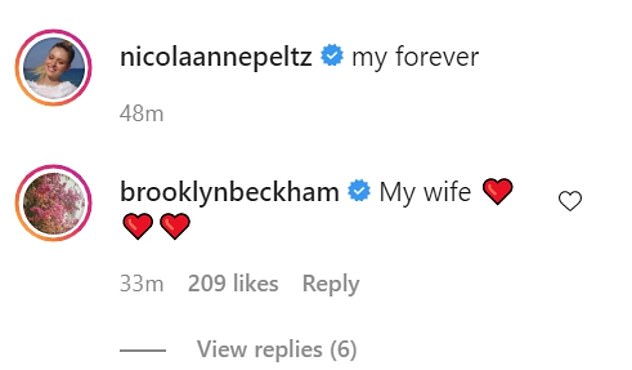 Married? Last month, Brooklyn set tongues wagging when he showed off a gold band on his wedding finger, before calling the blonde ‘my wife’ 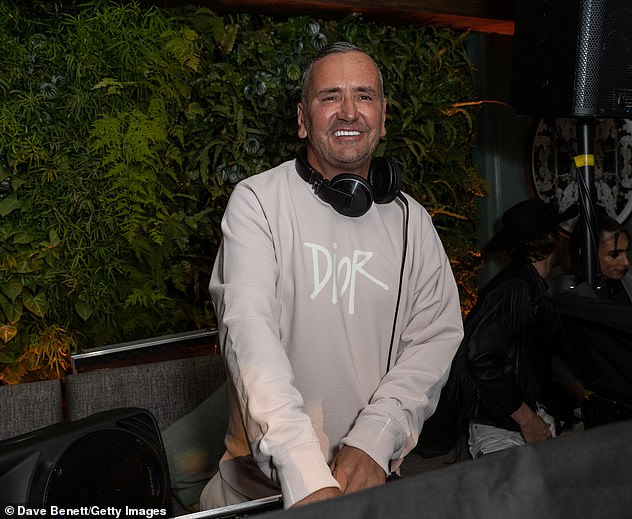 ‘If I’m not there’s going to be trouble!’: Earlier this week, DJ Fat Tony, a friend of the Beckhams, insisted he wants to perform at their forthcoming nuptials (pictured in August)

Last month, Brooklyn set tongues wagging when he showed off a gold band on his wedding finger, fuelling speculation they’ve married in secret.

Appearing to confirm the union, the London native commented ‘my wife’ on a smitten snap of the pair – which Nicole had captioned ‘My forever’.

MailOnline contacted representatives for Brooklyn and Nicola for comment at the time. Sweet: Brooklyn took to Instagram in July to announce his engagement to Nicola following reports he had popped the question to his ‘soulmate’ after just eight months of dating