It looks like Baby Yoda has carried his viral success through into 2020.

The wildly-popular character, from Disney+ hit The Mandalorian, left social media in a spin once again after it was revealed that Build-A-Bear is going to launch its very own Baby Yoda toy in the coming months.

Build-A-Bear CEO Sharon Price John made the announcement during a presentation in Orlando, Florida, on Tuesday according to Business Insider, and just minutes later, Twitter exploded in a frenzy of excitement from eager fans of the Star Wars spin-off. 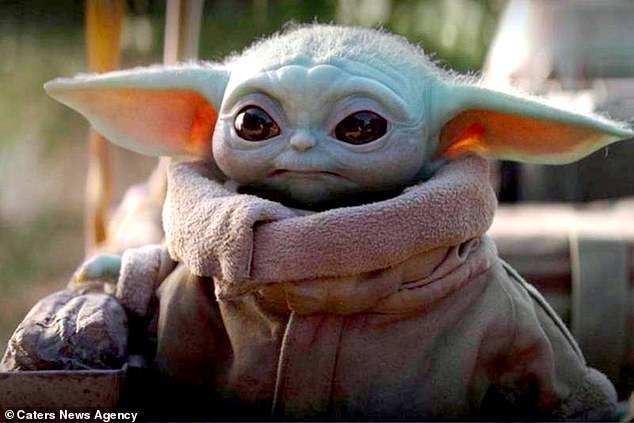 Get ready: Build-A-Bear has announced that it is launching its own Baby Yoda toy 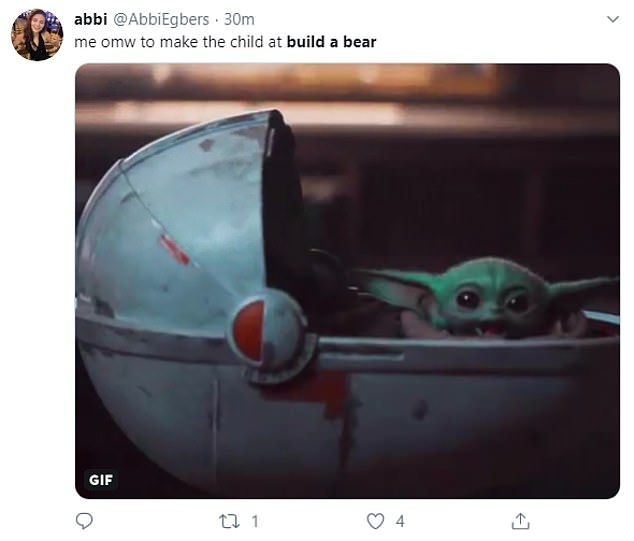 Excitement: Twitter users were over the moon about the news, with dozens of people confessing that they were eager to snag a Baby Yoda, a character from The Mandalorian

‘Never thought I’d camp outside of @buildabear but here we are,’ on person wrote in response to the news, while another chimed in: ‘Best believe I’m getting Baby Yoda @buildabear when it releases #TheMandalorian’

One person could hardly believe the news, and questioned Build-A-Bear over the authenticity of the information, writing: ‘@buildabear is it true!? Is The Child coming soon? #babyyoda’

Some made requests about extras that they would like to see included with the launch of the Baby Yoda toy.

‘Okay, @buildabear, I’m gonna need a soundbox of #BabyYoda cooing to put in his little hand or foot. Thank you,’ one person tweeted.

This kind of internet hype is exactly what Build-A-Bear was betting on when it chose to invest in the Baby Yoda phenomenon, with the company’s CEO saying: ‘I’m excited to share we will be one of the first companies to provide the digital and internet phenomenon who is trending higher than all the presidential candidates combined. 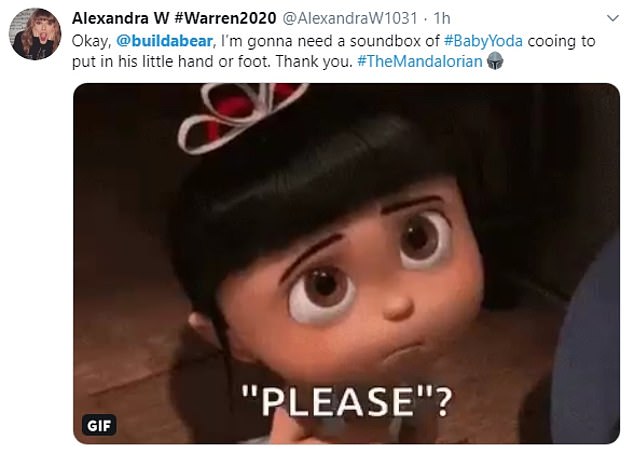 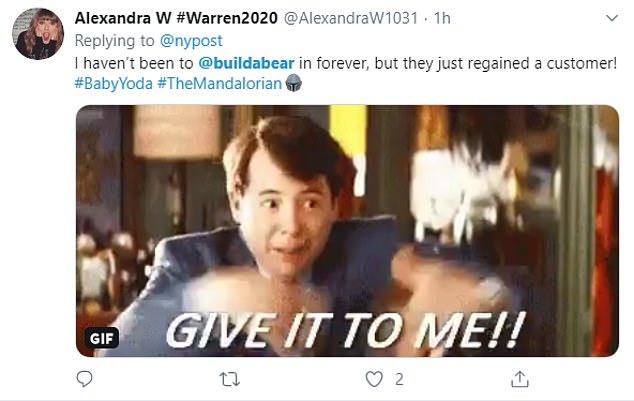 We all scream for… Baby Yoda: Some people couldn’t believe the news, while others asked for specific extras to be included, like the character’s signature noises

‘We now will have The Child, also known as Baby Yoda.’

She went on to reveal that Build-A-Bear has been working on Baby Yoda products since The Mandalorian first premiere in mid-November, adding that the products are going to be made available within the next couple of months.

This means that Build-A-Bear’s Baby Yoda products could well launch at the same time – or even before – Disney’s full range of merchandise hits shelves.

In fact, the Build-A-Bear announcement comes just a few weeks after experts revealed Disney could have lost out on as much as $2.7 million in revenue because of a lack of Baby Yoda products available to eager Star Wars fans around the holidays.

Demand for a collection featuring the beloved breakout character sky-rocketed after he first appeared on The Mandalorian, and a report from Jungle Scout, which helps Amazon merchants with sales, revealed that there were 90,000 searches for Baby Yoda products on the site in the month after the show launch. 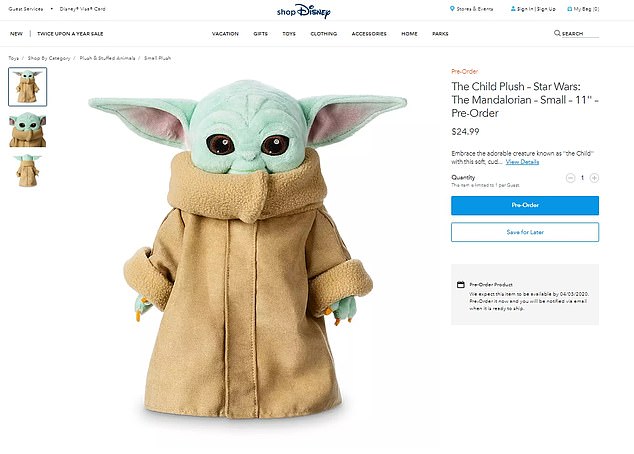 The long wait: Disney is said to have missed out on $2.7 million in revenue because of a lack of Baby Yoda toys offered around the holidays. This plush toy is only available for pre-order 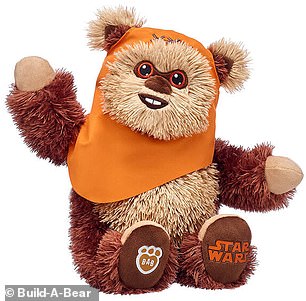 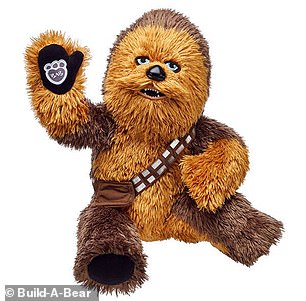 Join the club: Build-A-Bear has a range of Star Wars toys, including the Ewok character (left) and Chewbacca (right), both of which retail for $35

The report added that the top 47 Baby Yoda products on Amazon – which are largely unofficial – sold an average of 1,842 times each, at an average of $23 per product, in that same time period.

On its website, Disney sells a variety of T-shirts and sweatshirts featuring the character, however there is a severe lack of readily-available plush toys and dolls. Those products that are already featured on the site are only listed for pre-order and are not expected to ship until March or April.

Disney has also released a line of mugs and plastic drinking tumblers which feature the character.

Perhaps the company’s most anticipated toy launch is the $24,99 11″ plush Baby Yoda toy that is currently listed for pre-order on the official Disney website; the toy is set to ship by April 3, 2020 – and orders are limited to one product per customer to ensure that supplies last.

Build-A-Bear does not currently have any Baby Yoda products listed on its website, however it does offer a range of other Star Wars characters as part of its official partnership with Lucasfilm and Disney, including Darth Vader, Chewbacca, and Rey – all of which retail for $35 each.