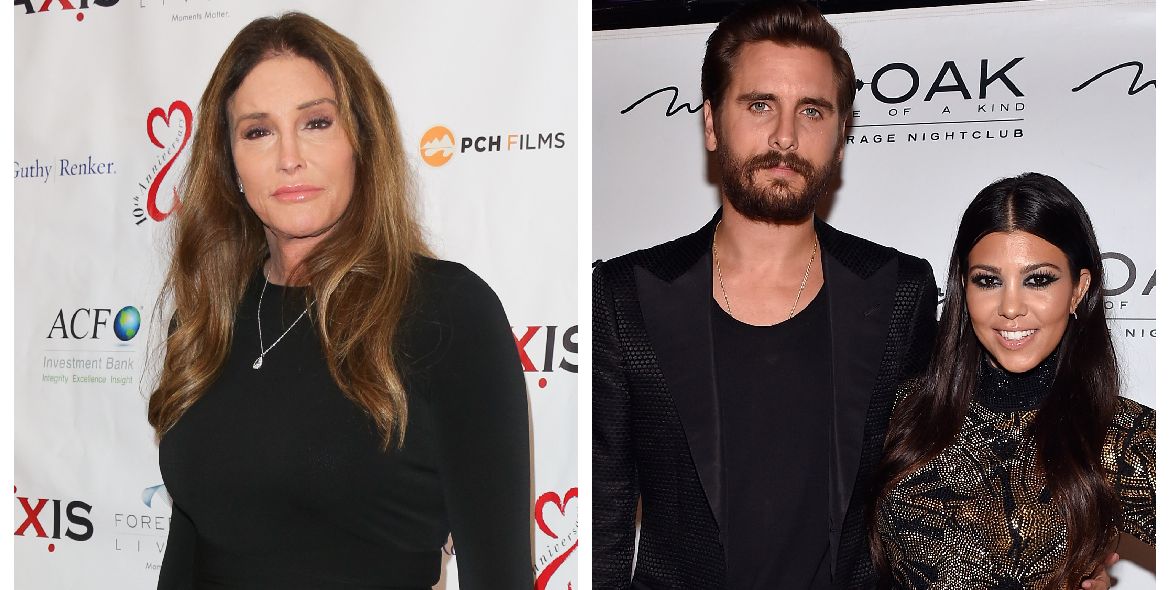 Caitlyn Jenner has hinted that she hopes Kourtney Kardashian and Scott Disick can work things out together – and, tbh, we’re with you on that one, Caitlyn.

Discussing Kourtney and Scott, who share three children, Mason, 10, Penelope, 8, and Reign, 5, in a recent interview with Entertainment Tonight, Caitlyn explained that she’d like the kids to have both of their parents there all the time.

Speaking about Scott, Caitlyn revealed, “I would hope he can kinda get his act together.” She went on to explain: “They’ve got all these kids together. I think always it’s the best for the kids to have a mother and a father that’s right there all the time. I don’t know if that’s ever gonna work out.”

Caitlyn continued, “So many of [my kids] had never gotten married, but had families and all the kids seem to be doing great. They’re just great kids.

“Kourtney and Scott are both good parents. Whether they work it out themselves for a lasting relationship, I don’t know. That’s a Kourtney question.”

Well, we’re not certain on Kourtney and Scott’s current relationship status (is anyone ever?) but Scott has been dropping some cryptic comments on Kourtney’s Instagram – so that’s something, right?

This comes after the news that Keeping Up With The Kardashians is coming to an end next year, which Caitlyn previously revealed she wasn’t told about. Awkward.

Speaking about the show, Caitlyn said that she reckons Kourntey was the first person ready to move on from the series.

She explained, “Kourtney’s felt like she wanted to move on for much longer. She was probably the first one to say, ‘OK, I’ve done this. I’ve got my other things going on.’… Kourtney’s got her own thing. She’s got all the kids. She’s got her own business, Poosh.”

Caitlyn also revealed that she thinks some of the Kardashian-Jenners might be slightly “relieved” that the show is over.

“I think in some ways they might be a little bit relieved that it’s over with, but on the other hand, it was such a great format for the entire family and we’ll always miss that.”

We’ll miss it too, Cait. Kourtney and Scott spin-off, anyone?