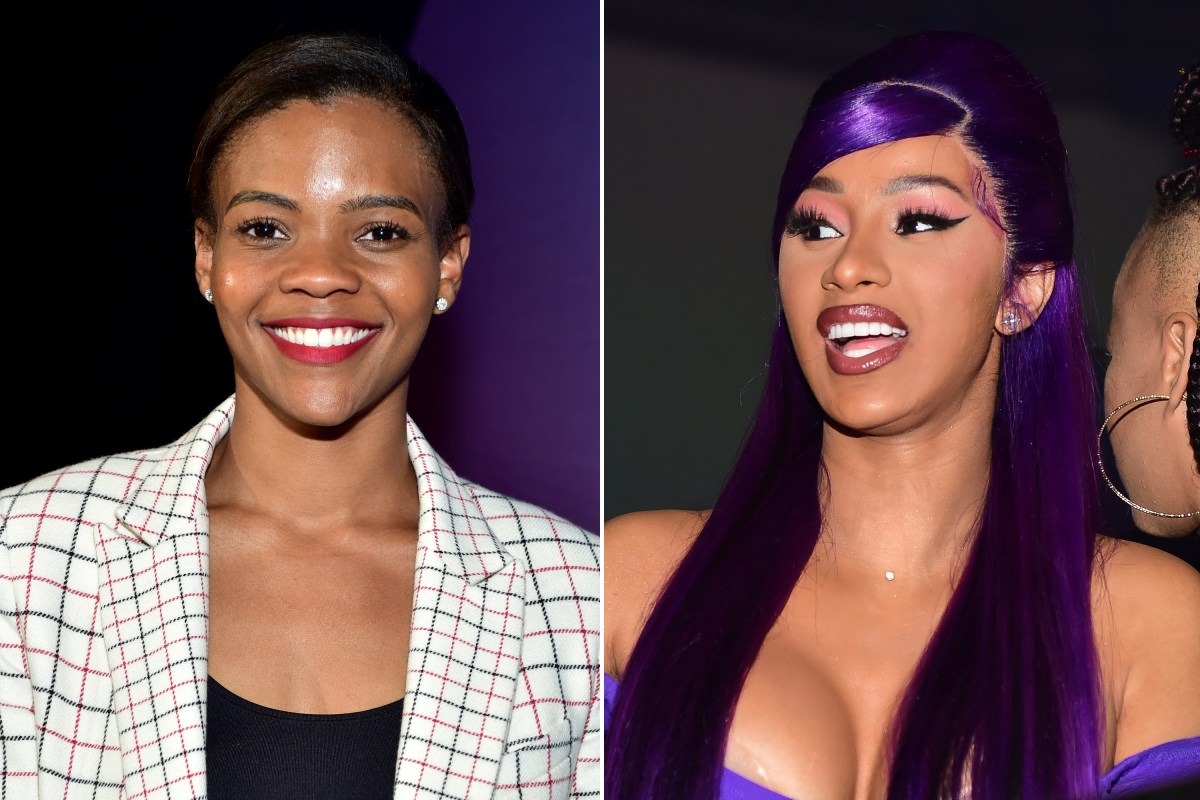 Candace Owens and Cardi B are locked in a nasty spat — with the rapper accusing the conservative pundit of having an “identity crisis” because she’s married to a white man.

“She has an identity crisis. Just because she’s black, doesn’t mean she give a f— about blacks,” Cardi B says in the Instagram story.

Owens shot back that Cardi, who did not show her face in the post, must be hiding because “she is reading a script.”

“You’re going to tell me she’s just not going to show her face in all these videos? She shows her face no matter what, no matter what she looks like,” Owens said. “So Cardi B, stop hiding. Stop reading your DNC script. You look ridiculous.”

The two have been trash-talking each other since Sunday night, when Owens tweeted a clip of her appearance on “The Ben Shapiro Show: Sunday Special” during which she claimed Joe Biden is using Cardi B to get blacks to vote for him.

“You’re pandering,” Owens said, referring to the Democratic presidential candidate. “You look at Cardi B’s Instagram, and you see she has millions of followers, and you think, ‘OK, this is an illiterate person, and if I appeal to this illiterate person’ … ‘They think she’s cool, she’s hip just by sitting here and taking this interview. Black people will vote for me.’

“It’s basically saying, ‘Black people, you are stupid, you are dumb, and you’re so foolish.’”

Last month, Cardi B appeared with Biden in a video for Elle magazine where the two discussed a variety of issues facing Americans, including health care, education costs and racial inequality.

Owens doubled down on her Cardi-bashing on Monday, tweeting, “Never listen to a person that has private security but wants the public police defunded. Never listen to a millionaire that made it here in America, but trashes our country. These Hollywood idols are frauds, leading sheep down paths they never took when they discovered success.”