Kristin Cavallari’s estranged husband Jay Cutler has a farm and it is open for business to friends and family.

On Wednesday, country star Carrie Underwood, 37, who also resides in Nashville, brought her boys to visit the farm as she shared a snap to her Instagram story.

Her two little sons Isaiah, aged five, and Jacob, aged one, could be seen playing with Jay’s mini cows Hank and Ruby as she posted from the farm on Monday. 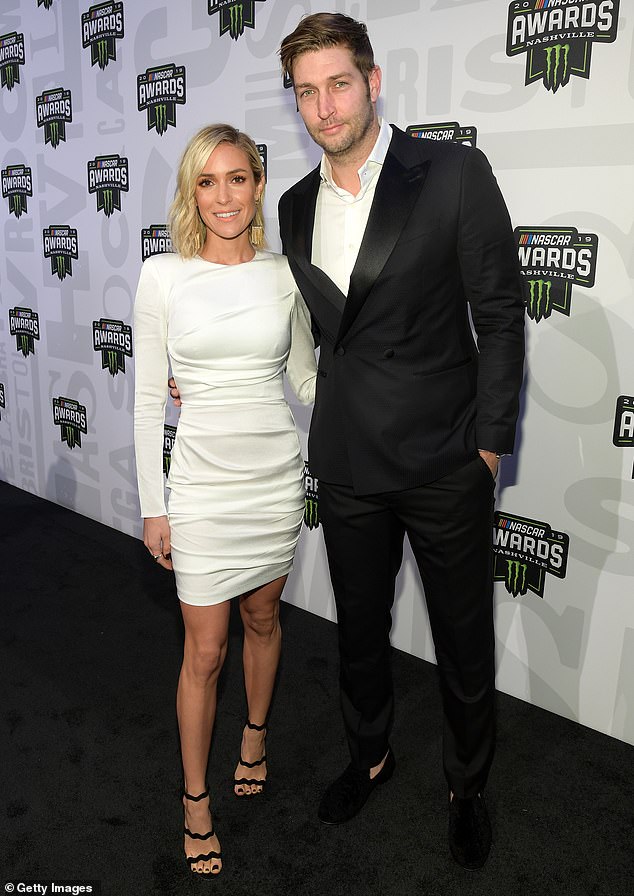 He loves his farm! Kristin Cavallari’s estranged husband Jay Cutler has a farm in Nashville and it is open for business to friends and family; seen in 2019 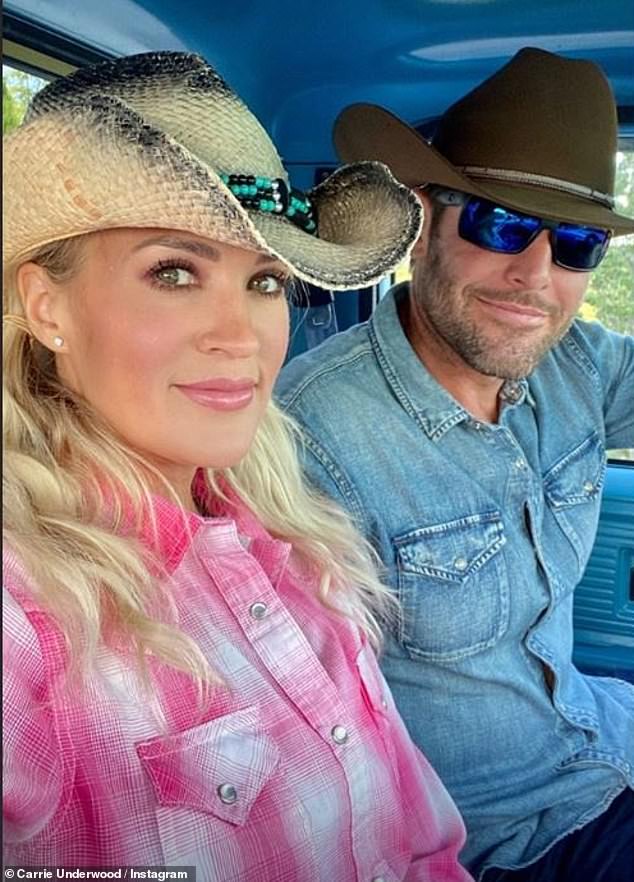 A pal: On Wednesday, country star Carrie Underwood, 37, who also resides in Nashville, brought her boys to visit the farm as she shared a snap to her Instagram story

‘Took a trip to Cutler farm,’ the mother of two said as her little family spent the day at the Tennessee property playing with the animals.

The Before He Cheats songwriter shares her two kids with her husband of 10 years, retired Canadian hockey star Mike Fisher, 40, and they have chosen to settle down in Nashville.

She also shared a few more sweet snaps of her sons playing on the farm with one captioned ‘Hank and Ruby say hello’.

Although it is unknown how long Cutler and Underwood have been friends the two reside in close proximity to each other and share young kids. 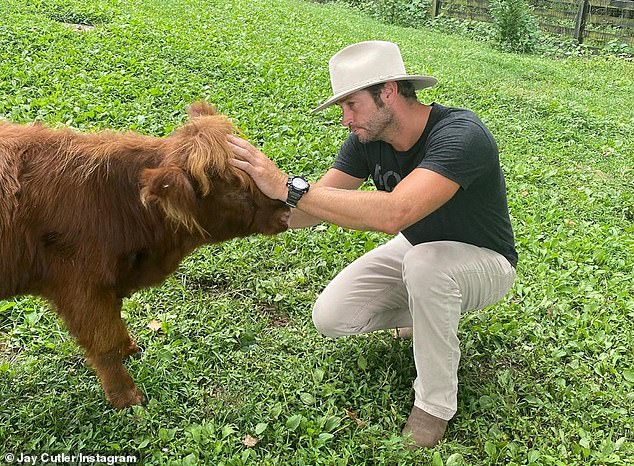 Cutler Farm: Jay poses with his mini-cow Ruby at his Nashville Farm. Recently he has had friends and family, including Carrie, come through to see his animals

The former Chicago Bears quarterback recently fell victim to rumors he has been dating Conservative political commentator, Tomi Lahren after the two were spotted out to dinner in Nashville last week.

Jay hit back at the rumors as he shared a video of him brushing his mini cow Ruby with the caption, ‘Only lady in my life. Be better internet.’ 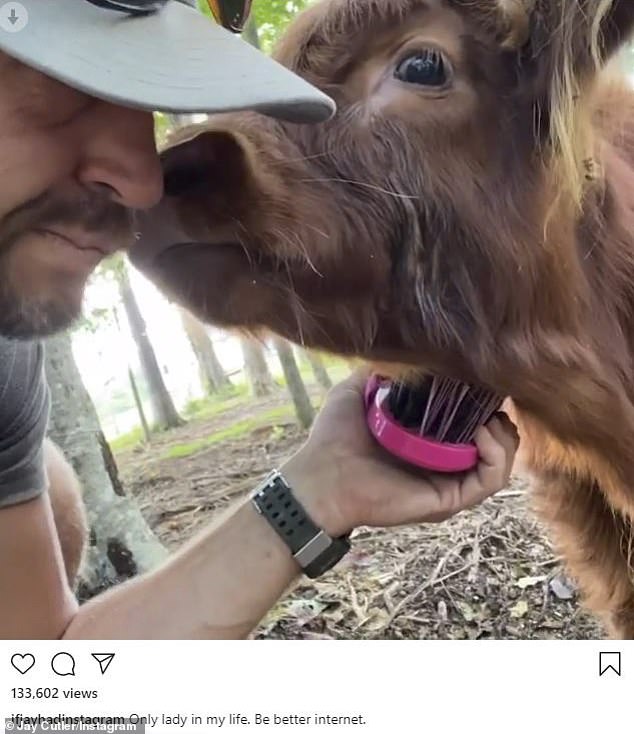 Leading lady: ‘Only lady in my life. Be better internet,’ Jay quipped in response to internet rumors he was dating Tomi Lahren, 28, last week 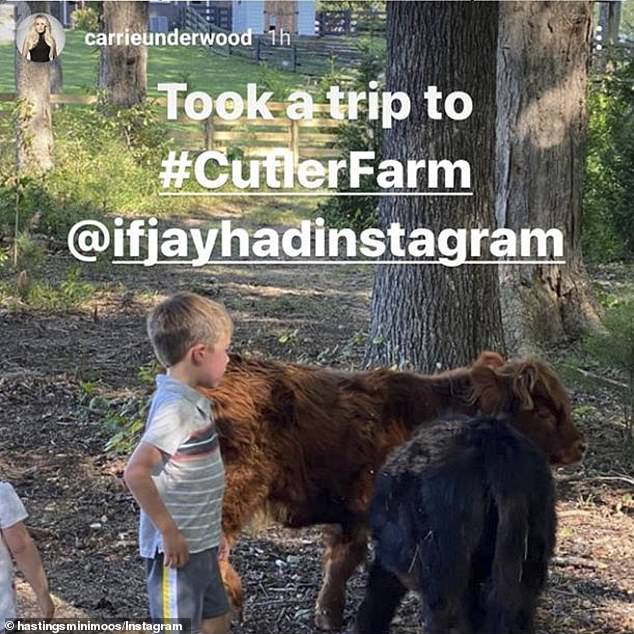 Cutler farm: Her two boys played with his mini cows Hank and Ruby 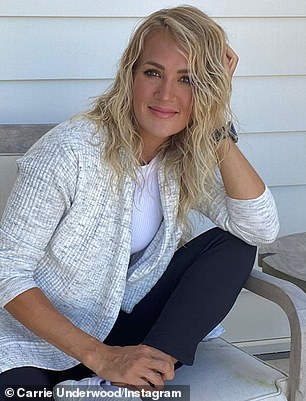 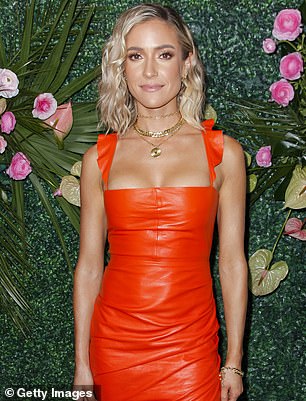 They could be sisters! Oddly, Carrie, left, and Kristin, right, resemble each other

The day after the two were spotted out she tweeted, ‘I love it when the internet tells me who I’m dating. Good one.’

To continue the rumor shut down Tuesday she uploaded a video to her Instagram story where she claimed ‘I love living alone and I love being single.’

Cutler has been spending most of his quarantine in Nashville with the exception of a brief stint in Colorado back in July.

He posted to Instagram this week that his ‘Deer Camp 2020’ had begun on Monday.

The snaps show Jay posing with his father in hunting gear next to a couple dead bucks as hunting season gets underway in Tennessee. 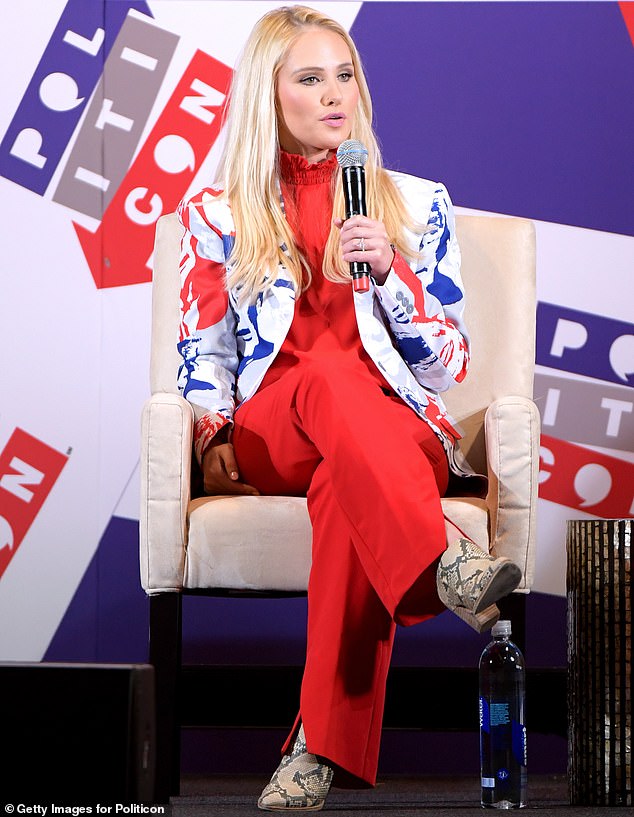 Conservative commentator: Tomi Lahren, 28, is a Conservative political commentator who lives in Nashville. Her and Jay were seen out together last week even though both shut the rumors down; at Politicon October 2019

Rumor smash: ‘I love it when the internet tells me who I’m dating. Good one,’ Tomi tweeted after the news that the two had drinks in Nashville hit the Internet

Kristin on the other hand has purchased a house for herself in Nashville as the family tries to move forward with co-parenting.

The Uncommon James founder has spent some time back in Los Angeles and in her native Laguna Beach in recent months.

She recently just got back from a tropical vacation with her longtime pal Justin as she posted a sizzling bikini snap to Instagram, but has also been focus on raising her kids with Jay in a stable environment.

Speaking to Us Weekly in August, Kristin said ‘I want to take this extra time I have right now to better myself and be the best mom I can be and continue to grow Uncommon James. I’m not thinking about what I want to be doing next year or the year after that.’ 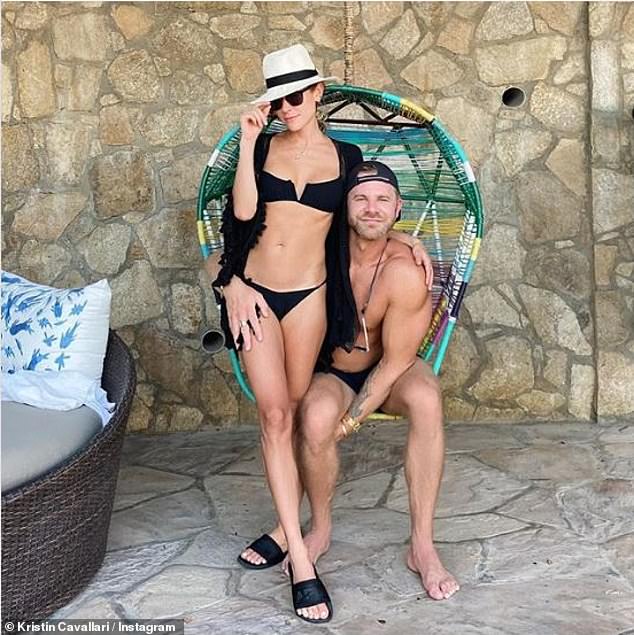