She is currently acting as the Jury President for the 77th annual Venice Film Festival.

And Cate Blanchett looked stylish as she was seen leaving her hotel to enjoy another day at the event in the Italian city on Monday.

The Thor: Ragnarok star, 51, put on an androgynous chic display during her outing as she donned a black co-ord suit that was embellished with silver and gold beads. 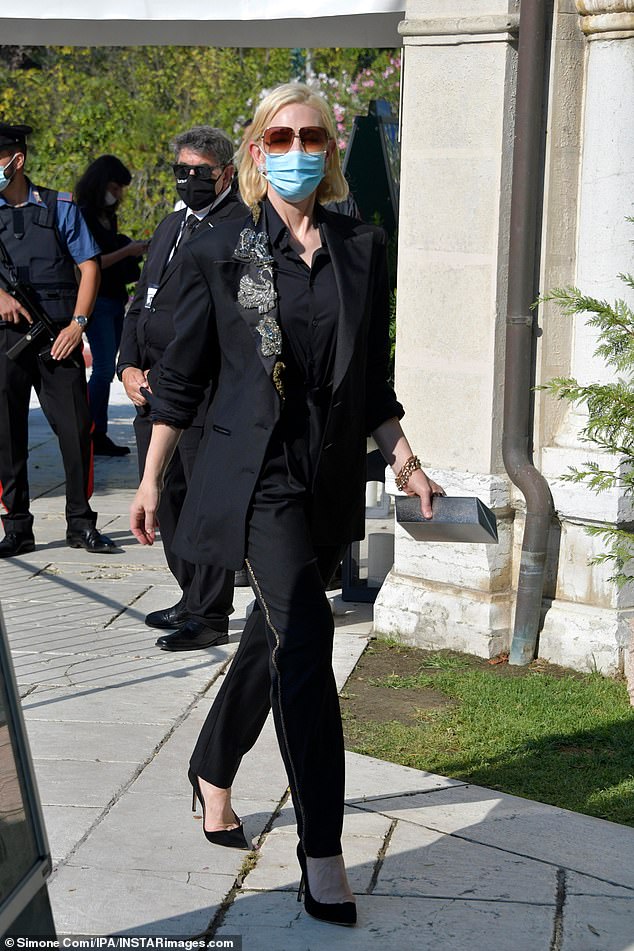 Stunning: Cate Blanchett exuded elegance in an embroidered black suit and shirt as she enjoyed another day at the 77th Venice Film Festival on Monday

Cate completed her look by teaming the suit with a simple black button-up shirt, while she complemented her ensemble by wearing an array of gold bracelets.

Her golden locks were styled into a sleek bob, and she shielded her eyes with pair of chic shades and protected herself amid the coronavirus crisis by wearing a mask.

The Lord Of The Rings star boosted her statuesque figure by wearing a pair of black heels, and she kept her personal items in a black clutch bag. 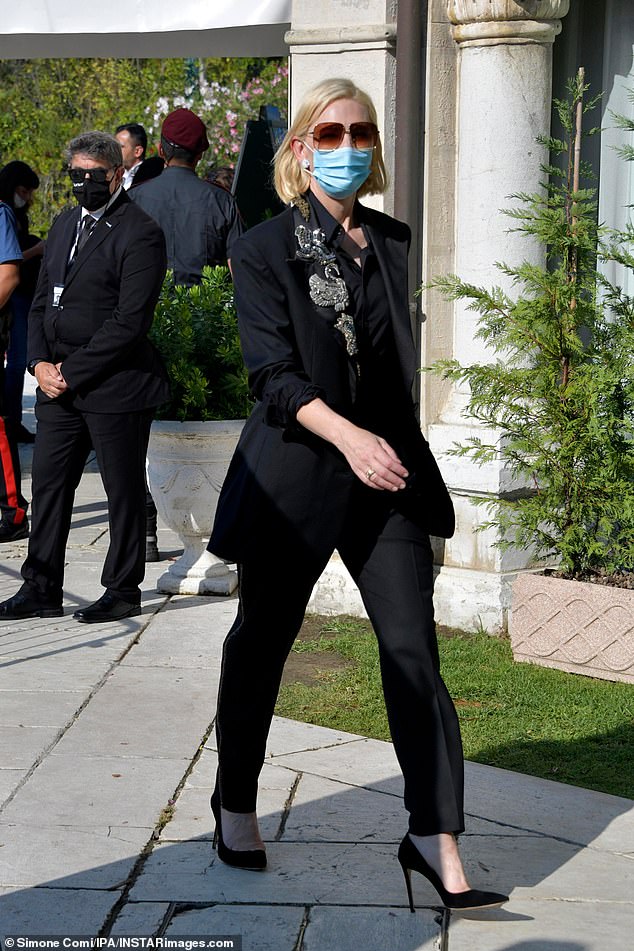 Glittering: Cate’s outfit was embellished with silver and gold beads, and she complemented her ensemble by wearing an array of gold bracelets

Cate’s outing comes after she revealed she prefers to be referred to as an actor than an actress, as she often found the latter term to be used in a ‘pejorative sense’.

Throwing her support behind Berlin International Film Festival’s new plan to do away with gendered awards, she told AFP: ‘I have always referred to myself as an actor.

‘I am of the generation where the word actress was used almost always in a pejorative sense. So I claim the other space.’ 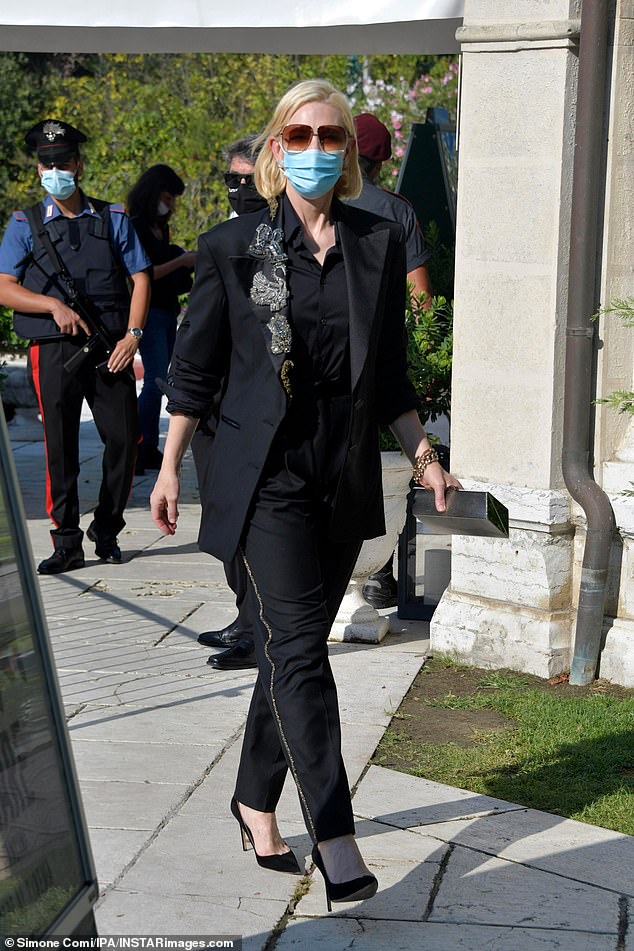 Safety first! Cate’s golden locks were styled into a sleek bob, and she shielded her eyes with pair of chic shades and protected herself amid the coronavirus crisis by wearing a mask

Cate is heading the jury at Venice during an historic year, when the number of women directors competing for the top prize has quadrupled to eight.

The Venice Film Festival is one of the world’s oldest award ceremonies and is listed as one of the ‘Big Five’ events. It starts on 2 September and ends on the 12 September.

According to Variety, when the Film Festival unveiled its official selection in late July, the ‘unprecedented inclusion of eight female-directed titles within the 18-film roster was heralded as welcome progress for an event that has come under fire in recent years for scarce representation of female filmmakers.’

Cate was chosen to head the jury back in January, making her the third woman in four years to hold the role. 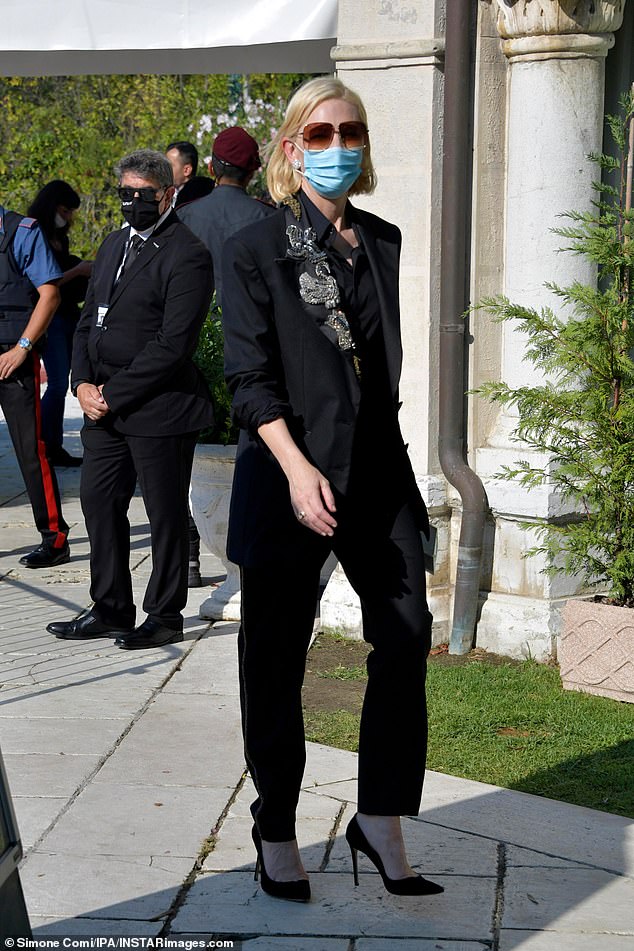 Elegant: The Lord Of The Rings star boosted her statuesque figure in a pair of black heels