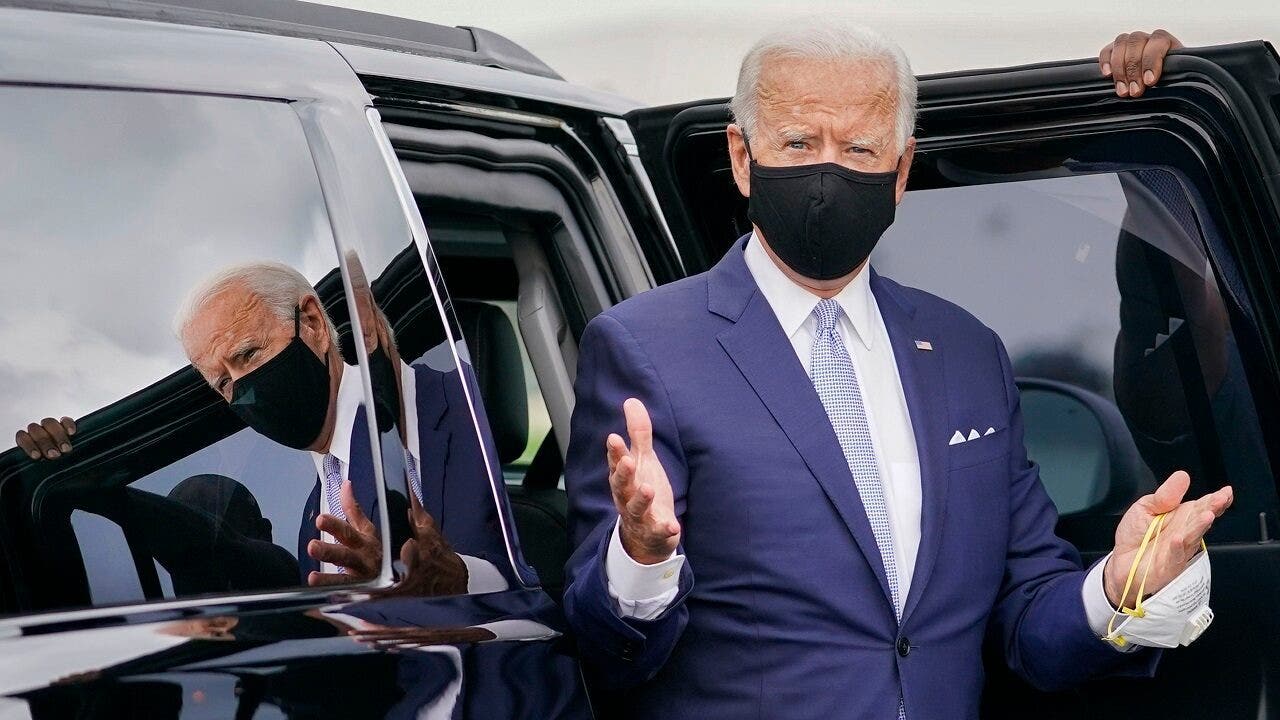 “Not sure why Biden isn’t doing more to show he can outwork Trump,” Watson tweeted Saturday in response to Politico reporter Jake Sherman announcing a lid had been called in Wilmington, Del., meaning no events for Biden.

“And yes I realize there’s a pandemic and he shouldn’t be out shaking hands. But he has a team of experienced people at his disposal to think up creative ways to campaign safely,” she added.

Friday, Biden met with the families of the victims of Flight 93, and delivered beer and baked goods to Shanksville firefighters. He also briefly chatted with Vice President Mike Pence as they both attended the annual memorial at Ground Zero in New York City.

Biden only recently jumped back onto the campaign trail, after spending much of the pandemic campaigning virtually from his Delaware home. He went months without hosting a press conference or talking to reporters.

BILL MAHER MOCKS GUESTS’ CONFIDENCE IN BIDEN: ‘YOU GUYS ARE WHISTLING PAST THE GRAVEYARD’

Trump, meanwhile has been hosting rallies across the U.S. He and his supporters have accused Biden of “hiding in his basement.”

“We have a guy that doesn’t come out of his basement and the media covers,” Trump told “Fox & Friends.”

He said reporters “throw bombs” at him every day while Biden refuses to answer questions.

The president also claimed his opponent used a teleprompter to answer questions from Americans.

Earlier this week, video surfaced of Biden appearing to ask his staff to adjust a teleprompter during a Q&A session with AFL-CIO members.

“Move it up here,” Biden said, before pausing and answering a question from barista Rebecca Vedrine.

His national press secretary refused to say whether the former vice president used a teleprompter, claiming the issue was a “distraction.”

“We are not going to — this is straight from the Trump campaign talking points,” TJ Ducklo told “Special Report” host Bret Baier.