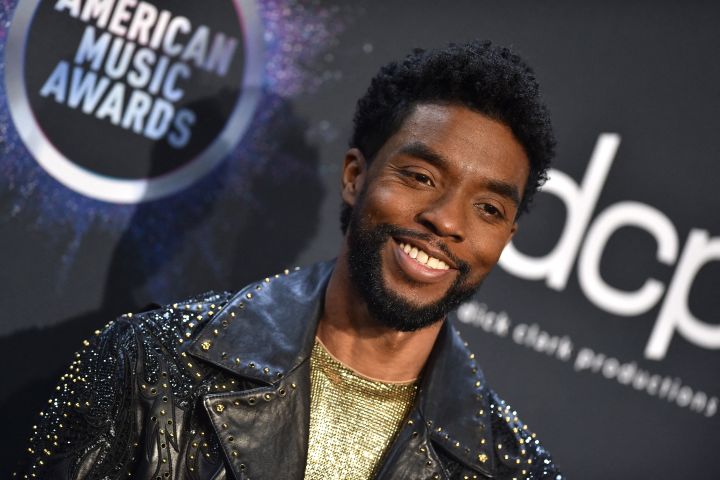 Chadwick Boseman‘s family and friends gathered to say goodbye to the late actor. The “Black Panther”‘s wife Taylor Simone Ledward, as well as Michael B. Jordan and Lupita Nyong’o, attended a private memorial in Malibu, California, on Saturday.

In photos obtained by The Sun, many loved ones gathered and took moments consoling one another and Ledward. The memorial was overlooking the ocean and included music from a hang drum. There was a beautiful table display with Boseman’s photo and flowers. Winston Duke, who also worked with Boseman on “Black Panther”, was also there.

Boseman died on Aug. 28 following a four-year battle with colon cancer. He was 43.

“Chadwick was diagnosed with stage III colon cancer in 2016, and battled with it these last four years as it progressed to stage IV,” his family said in a statement announcing his death.

“A true fighter, Chadwick persevered through it all, and brought you many of the films you have come to love so much. From Marshall to “Da 5 Bloods”, August Wilson’s “Ma Rainey’s Black Bottom” and several more, all were filmed during and between countless surgeries and chemotherapy,” the statement continued. “It was the honour of his career to bring King T’Challa to life in “Black Panther”. ⁣He died in his home, with his wife and family by his side.”

Following his death, many friends, former co-stars and fans expressed their condolences and honoured the actor.  Jordan also posted a heartfelt tribute to his former co-star and friend, writing that he wished he had more time with him.

The actor expressed that he spent days “trying to find the words, but nothing comes close to how I feel.”

“I’ve been reflecting on every moment, every conversation, every laugh, every disagreement, every hug…everything,” Jordan expressed. “I wish we had more time.”

“One of the last times we spoke, you said we were forever linked, and now the truth of that means more to me than ever,” Jordan shared. “Since nearly the beginning of my career, starting with ‘All My Children’ when I was 16 years old you paved the way for me. You showed me how to be better, honour purpose, and create legacy. And whether you’ve known it or not…I’ve been watching, learning and constantly motivated by your greatness.”

Earlier this week, Boseman’s South Carolina hometown also honoured him with an emotional tribute. See more in the video below.