A Chicago man is accused of flashing his genitals and leaving sexually explicit voicemails while ‘stalking’ his female probation officer.

Isaac Myles, 50, was arrested Friday for cyber stalking, around a year and a half after he was released from federal prison, where he served 10 years on gun and drug charges.

Police allege that he called his initial probation officer 29 times in a one-month period, from December 2019 to January 2020, and left a string of sexually explicit voicemails and referred to her in a degrading manner. 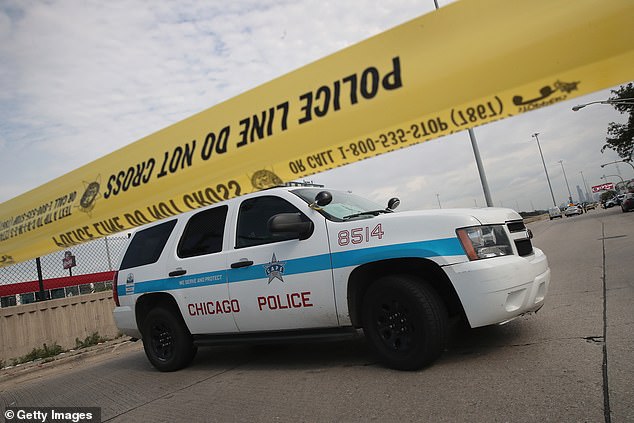 An undated file photo shows a Chicago police car. Police arrested 50-year-old ex-con Isaac Myles on Friday for cyber stalking after he allegedly flashed his parole officer and left a string of obscene messages on her phone

‘Don’t think I’m a creep, baby,’ Myles is alleged to have told her during one message. ‘I’m just obsessed with you, baby.’

In July 2018, when Myles completed his sentence, he was assigned a parole officer to ensure he was adhering to rules set out by the court after his release.

It’s alleged that during a meeting at his home, the 50-year-old ex-con flashed his genitals to the female officer who he’d been assigned.

Myles was then switched to a male officer but court documents allege that he continued to harass the woman by calling her.

In December of 2018, the female officer alleges that she started to receive long voice messages from Myles. Allegedly, he referred to her by name and used ‘offensive, obscene, and degrading terms’. 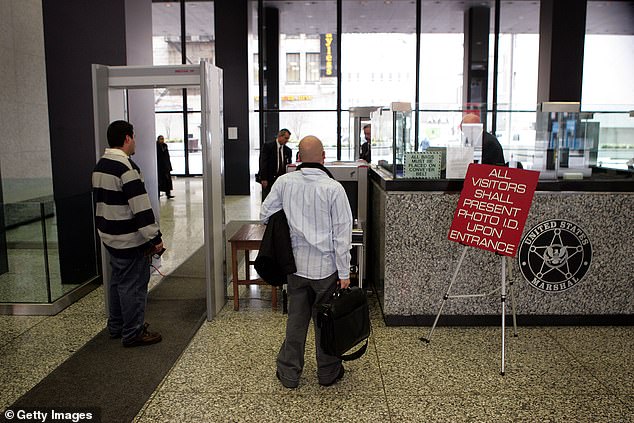 After his arrest on Friday, police searched his home and found the phone used to call the officer.

Myles admitted to ownership of the phone but said he’d bought it a day earlier.

Phone records indicate that he’d had it for much longer and that it had been within two miles of his home when a large number of the obscene messages were sent.

Myles faces a detention hearing Tuesday at the Dirksen Court House in Chicago.

If convicted, he faces a further five years in prison.