She’s been soaking up the sun in Marbella while celebrating her birthday.

And Chloe Ferry looked sensational as she flaunted her pert derrière in a sizzling clip shared to Instagram on Sunday.

The Geordie Shore star, 25, exuded confidence as she slipped into a skimpy leopard print bikini which emphasised her surgically enhanced assets. 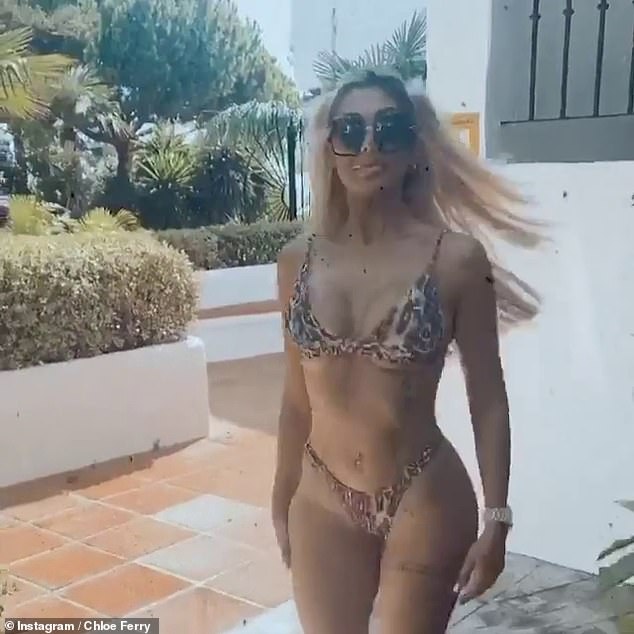 Work it! Chloe Ferry looked sensational as she displayed her toned frame and pert derrière in a leopard print bikini during her Marbella trip

Chloe could be seen strutting around her hotel in the clip before spinning around to show her taut midriff off to the camera.

The blonde beauty wore her long locks down and let her tresses cascade over her shoulders as she flaunted her curves.

Not forgetting to accessorise, Chloe also donned a pair of stylish large sunglasses and a gold watch to complete her holiday look. 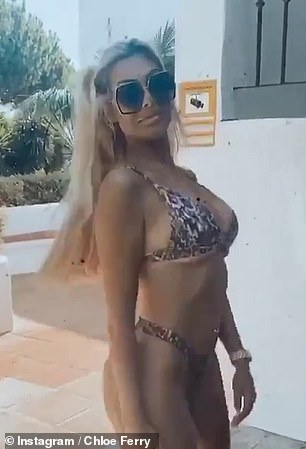 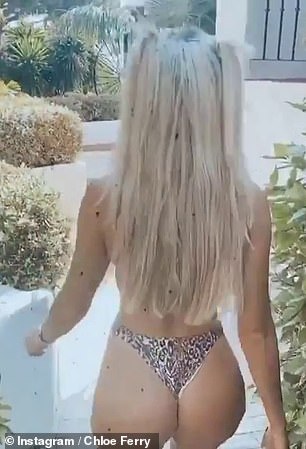 Sizzling: The Geordie Shore star made sure to work all her angles as she strutted around her hotel in the high-cut thong bottoms and tiny bikini top 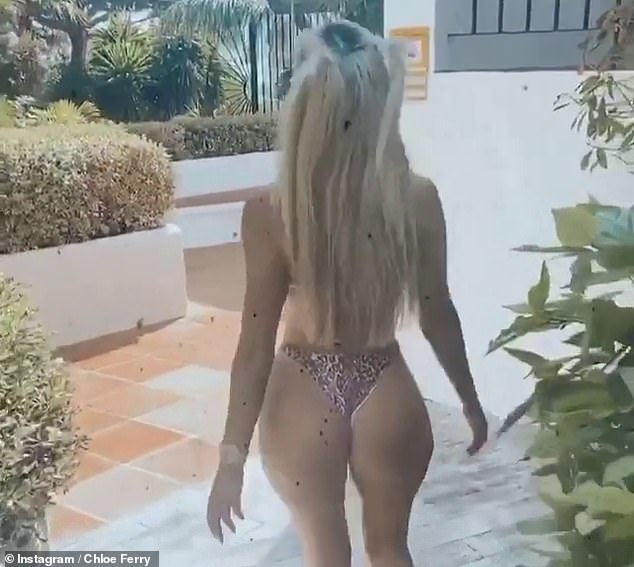 Glam gal: Chloe wore her long blonde locks down and let them cascade over her shoulders as she flaunted her assets

Chloe’s clip appears to have been filmed on Thursday while she was enjoying a day by the pool with her MTV co-star Bethan Kershaw.

The two beauties have been sharing regular updates from their Marbella getaway on Instagram, treating their fans to regular swimwear snaps.

On Saturday Chloe posted a stunning picture of the pair flaunting their figures in skimpy swimwear as they soaked up the sun at their resort.

While Bethan left little to the imagination in a barely-there black two-piece, Chloe highlighted her curves in a plunging white belted swimsuit. 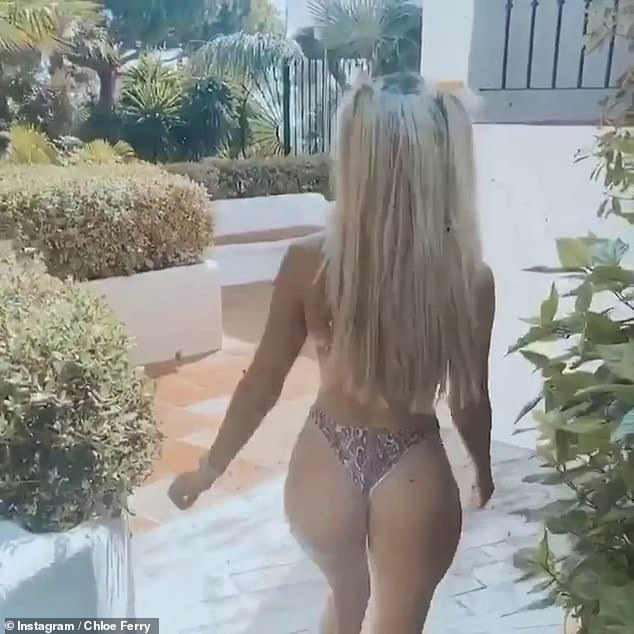 Back in May, Chloe cried ‘tears of happiness’ as she thanked her followers for their support during her weight loss journey in an emotional Instagram clip.

Despite her transformation, the beautician recently admitted she still doesn’t ‘feel great’ about her figure.

Chloe said the trolls have got ‘inside my head’ after being inundated with cruel taunts calling her ‘fat and ugly every day’.

The reality star’s girly getaway comes after she ignored speculation she had faked a trip to Ibiza and had instead secretly joined her ex Sam Gowland, 25, in Dubai. 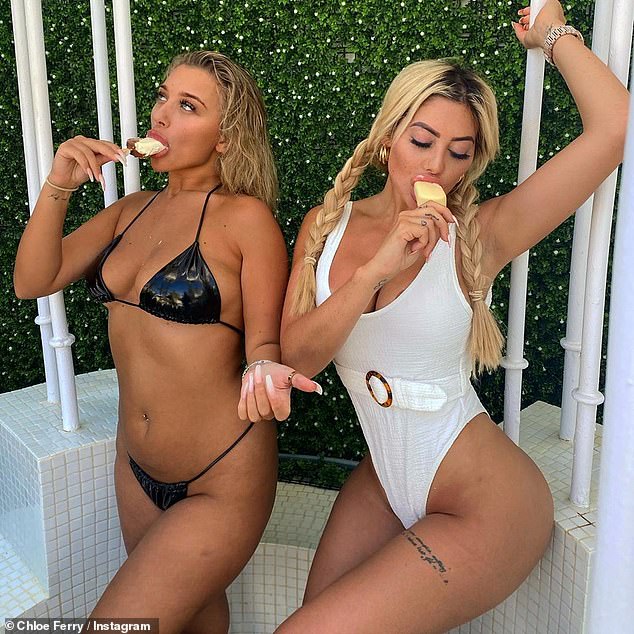 Beach babes: Earlier in the day, the girls flaunted their figures in skimpy swimwear as they soaked up the sun at their resort

It had been reported that the star had back together with her co-star ex – despite being in the throes of filming Celebs Go Dating.

A source told The Sun the former-couple were said to be ‘reconnecting’; but fans also connected the dots.

An insider said: ‘Chloe’s taking it really slowly and she’s keen to keep it quiet as her friends will all be furious after all the drama. It’s a chance for them to reconnect.’

MailOnline contacted Chloe and Sam’s representatives for comment at the time. 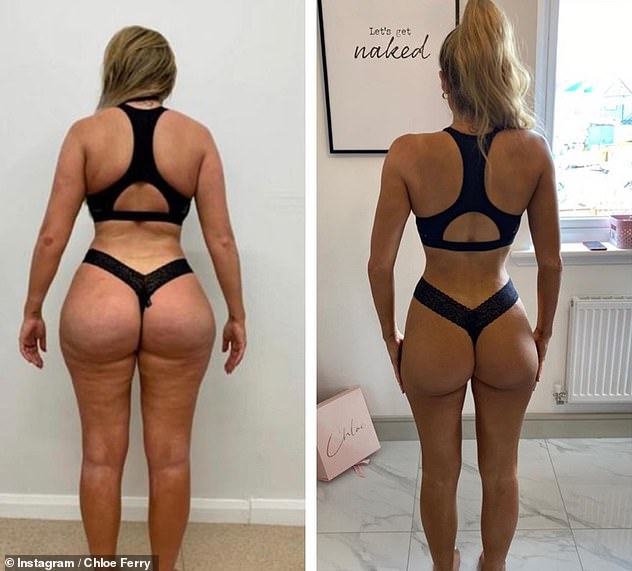 Incredible: Back in May, Chloe cried ‘tears of happiness’ as she thanked her followers for their support during her weight loss journey after shedding two stone