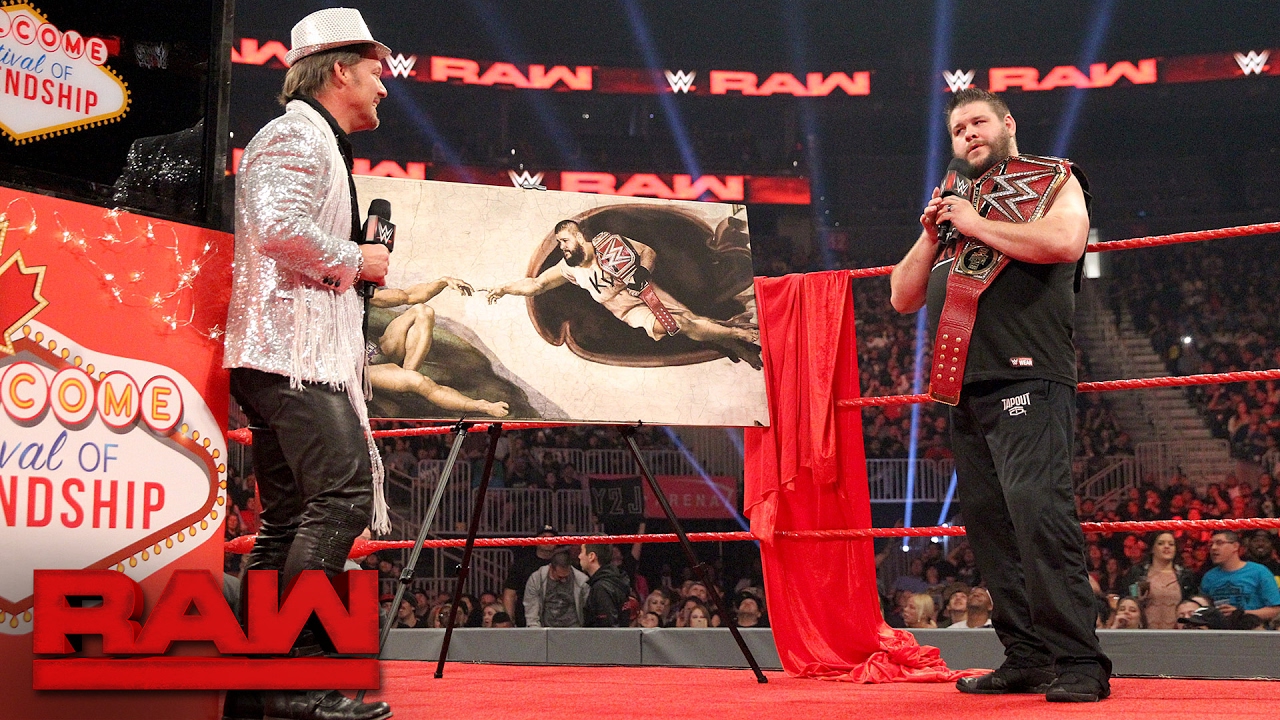 AEW star Chris Jericho took the time to answer a number of questions from fans during his Saturday Night Special podcast.

When asked if he still speaks to anyone from WWE, Jericho noted that while he still has friends at his former company, he hasn’t had the time to catch up with them on a regular basis.

“I haven’t been speaking to a lot of people, but not for any other reason than the fact that we’re all busy doing our things, going in our own directions,” Jericho said. “I still talk to Kevin Owens, Drake Maverick, and Samoa Joe. I speak to Edge once in a while. I also text Seth Rollins once in a while.

“I also talk to Vince [McMahon] from time to time. But do I talk to WWE guys on a daily basis? Definitely not, we’re all busy people, on different planes, flying to different parts of the world. I still have much respect and love for all of them there.”

While speaking about WWE, Jericho also praised Bray Wyatt, who introduced a new character in his Firefly Fun House segment during this week’s edition of Friday Night SmackDown.

Jericho also mentioned how Samoa Joe, who is presently a color commentator on Monday Night Raw, would be a great addition to the AEW roster.

“I would love to see him in AEW. I’m not sure if he’s hurt right now, or if he’s not feeling good, but I’ll tell you what, he’s just an amazing wrestler and a great talker. That said, I’m not sure if he wants to join us. Also, if he’s going to come to AEW, and steal my possible commentary job, than forget that,” Jericho joked.

If you use any of the quotes in this article, please credit Chris Jericho and give a h/t to Wrestling Inc. for the transcription.