A self-proclaimed ‘Christian mother’ is going viral for a TikTok video in which she gets real about ‘what’s gonna go on’ now that her son has come out as transgender.

Jill Wallace, who goes by @mamajillwallace on the video-sharing app, has earned 13.5 million views for a video in which she bluntly tells the camera how she is handling her son’s coming out: by joyfully embracing him.

‘My child just came out as transgender. And I’m a Christian mother. So I want you to know how it happens in my house,’ she says plainly in the clip. 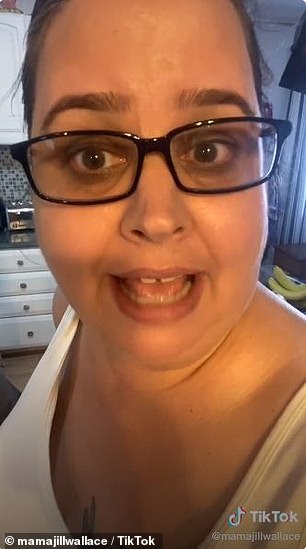 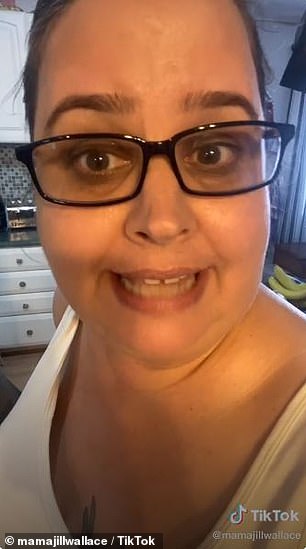 Jill, who filmed herself in her kitchen, is completely no-nonsense with her tone and gets right to the point of how she is dealing with her son being trans.

‘First, we sat down for a talk, so that we could fully understand exactly what’s gonna go on around here,’ she says.

‘And then… we went shopping and got a hair cut.’

Here, the camera pans to her 12-year-old son Jayden, who is smiling wide. The little boy — whose hair was presumably longer before — is now sporting a short, masculine ‘do.

He’s also a basic T-shirt and shorts, and seems pretty happy with how he looks.

‘This is my son Jayden,’ Jill says with a proud smile. ‘Isn’t he handsome?’

Here, Jayden reacts as many kids would — still smiling and somewhat please, but he also seems a bit embarrassed that his mom is lavishing him with compliments. 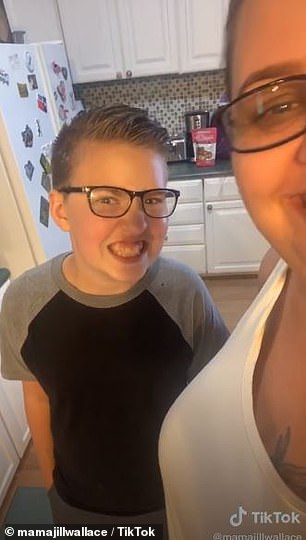 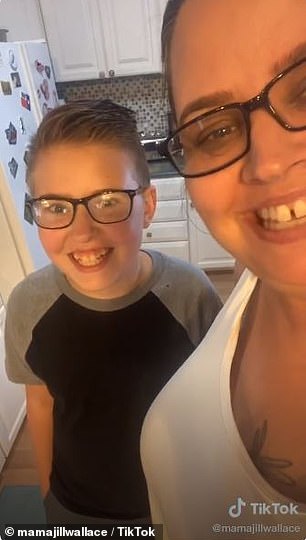 Pride and joy: Her son Jayden, 12 recently came out as a trans boy, so Jill took him to get a new wardrobe and a haircut

Jill is an outspoken advocate for the LGBTQ+ community and regularly posts videos showing her love and support.

Since the video about Jayden’s coming out earned viral success on the app, Jill has shared a few updates about her son’s journey, revealing in a recent comment that he is ‘much much happier’ since embracing his true gender – while also posting a sweet video of Jayden trying on his first binder.

She has also posted several follow-up clips that pertain to her own family, while offering advice to other parents of transgender or LGBTQ+ children.

‘If you tell somebody when they come out that you don’t believe that they’re old enough to know their own sexuality or their gender, or that they’re just going through a phase and they don’t realize it, what they hear is that you don’t support them,’ she said in one.

‘That you don’t believe that they’re intelligent enough to know who they are and how they feel. That you have no validation for their feelings. And that your love for them is conditional. 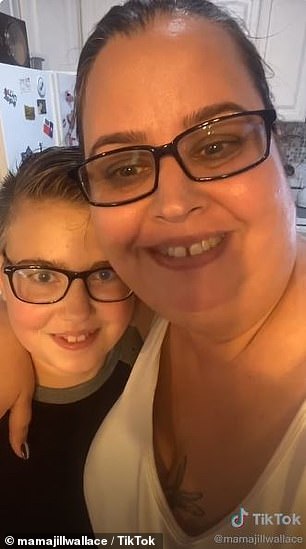 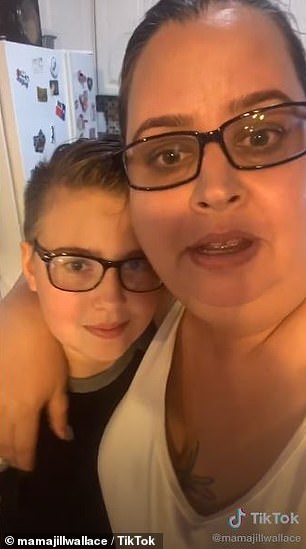 They know: She has also shared follow-up videos in which she argues against people who say kids can be too young to come out

‘You are never too young to know your gender and your sexuality,’ she said in another clip.

‘And if you don’t believe me, then why don’t we just level the playing field and stop believing cisgender straight kids when they tell us their gender and sexuality.

‘Let’s put everybody at neutral. Everybody is gender neutral until they’re old enough to let us know. What age would that be?

‘Cause, see, I have a ten-year-old. She’s cisgender straight, and she knows it. I don’t tell her.

‘So when my 12-year-old tells me that he is bisexual and trans, I believe him too.’

Jayden has also shared advice for other parents of transgender children, speaking out in a recent video that saw him addressing mothers and fathers and urging them to love their kids ‘because they are yours’.

‘Hi guys, I’m Mama Jill Wallace’s son, Jayden,’ he says at the start of the clip. ‘I wanted to talk to the parents real quick… I am transgender, and if you kid is trans, no matter what they are, you gotta love them and understand that they know who they are.