Claudia Winkleman has revealed she can’t stand yoga because it smells of ‘smug and hummus’.

The Strictly host struggles with exercise as she doesn’t like ‘movement’ or ‘sweating’ and is too impatient and wants to see improvement immediately.

The Cambridge educated 48-year-old says that she gives up unless she can look like supermodel Elle Macpherson within two sessions.

But she has now developed a chest condition which means she can’t do it any more. 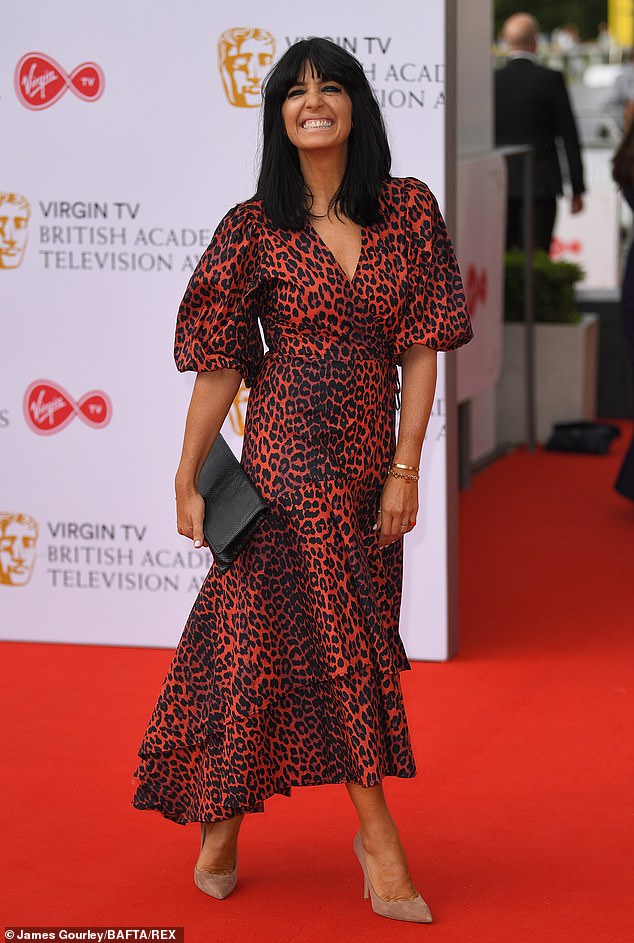 Claudia Winkleman has revealed she can’t stand yoga because it smells of ‘smug and hummus’. The Strictly host, pictured at the British Academy Television Awards in 2018, struggles with exercise as she doesn’t like ‘movement’ or ‘sweating’ and is too impatient and wants to see improvement immediately

Claudia, the BBC’s highest paid woman, with a salary of between £450,000 and £500,000 a year, told Gabby Logan’s Mid-Point podcast that her favourite activity is ‘lying down’.

And she admits to taking two naps a day.

‘I don’t like sweating, I don’t like movement,’ she said. But at the same time she has no time for more sedate forms of exercise like Pilates and yoga. 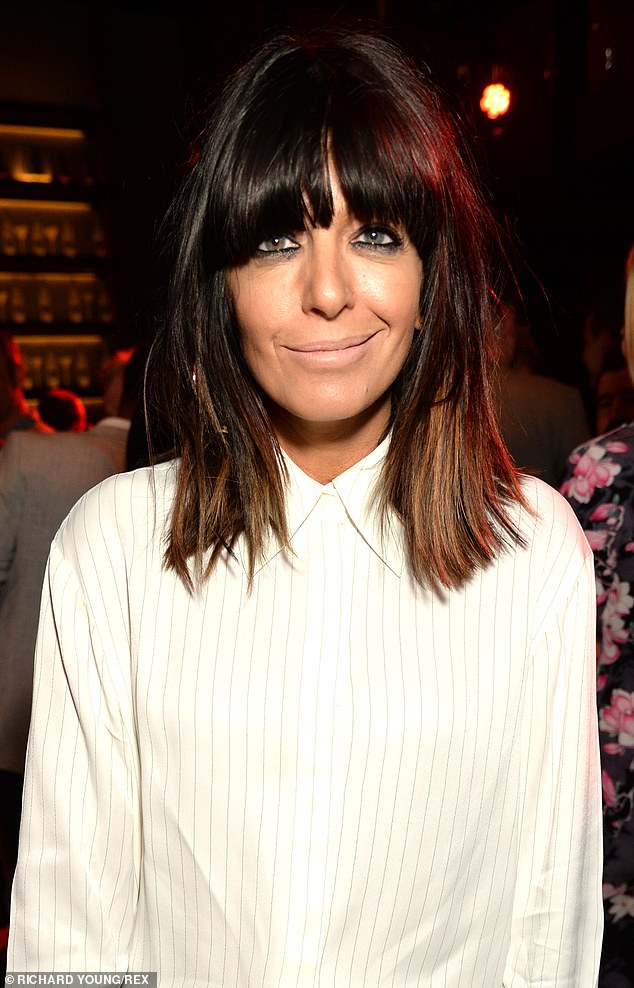 Claudia, pictured in 2019,  admitted she was not one for exercise, and wanted to see immediate results, or gave up easily

Claudia blamed a short term attitude on her inability to exercise more regularly.

‘I think you have to move a lot to see a difference and I’m too impatient,’ she said. ‘I want to go twice and feel like Elle Macpherson. The moment they say you’ll see a difference in three months I’m out.’

Spin classes – high intensity cycling on an exercise bike – was the one form of gym class Claudia has found enjoyable.

But she said she did it so much she developed costachondritis, painful inflammation of the cartilage in the chest, which has caused her to give up.

However, Claudia is propped to come back to our screens very soon with her acolyte Tess Daly during the upcoming season of Strictly Come Dancing.

The glitzy duo sat at a socially-distanced angle from one another as camera crew lit them while they shot spin-off series Strictly The Best, which is set to air next month on BBC One.

Tess captioned a trio of behind-the-scenes shots: ‘Dreamy being reunited with @claudiawinkle today for some (socially distanced) filming for our “Best Of” Strictly shows – on TV in September #strictlybusiness.’ 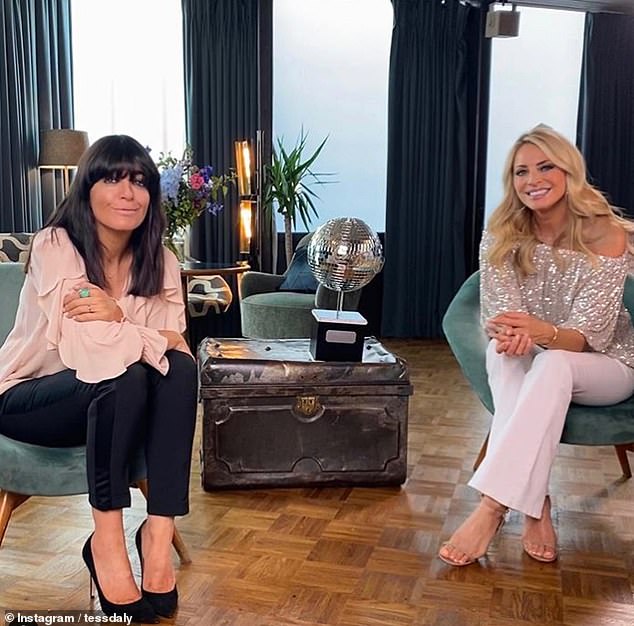 The ladies will host three specials featuring the nation’s favourite moments from the stalwart dancing show’s 16-years on the air.

There will be moments from the show’s movie-themed weeks, musicals weeks and from when the competition heads to Blackpool.

Judges Craig Revel Horwood, Motsi Mabuse, Shirley Ballas and Bruno Tonioli are said to be joining the show to weigh in on their best moments, but from home.

The pros and some contestants are also expected to appear – and fans were asked back in the spring to send in their own home-made routines.

‘Strictly Come Dancing has produced so many magical and memorable moments in the movie, musical and Blackpool weeks – the three special episodes will look back and celebrate these, bringing some much needed Strictly sparkle to the nation,’ said Kate Phillips, Controller of BBC Entertainment, in April.