Photos shared in Australian Facebook group ‘Mums Who Clean’ reveal women are removing the head of their vacuum cleaners and placing lids over the nozzle so that half the straw is outside and the other inside the suction pipe.

When the machine is switched on, the straw can be used to suck up crumbs stuck in the recess of the oven door, dead flies in the crevices of windows and dust piled behind household appliances.

‘After years of not being able to reach the crumbs in parts of the oven, this was the answer. God bless Mums Who Clean,’ one woman in the caption of a photo which shows a hand holding a McDonald’s lid over the end of a vacuum pipe. 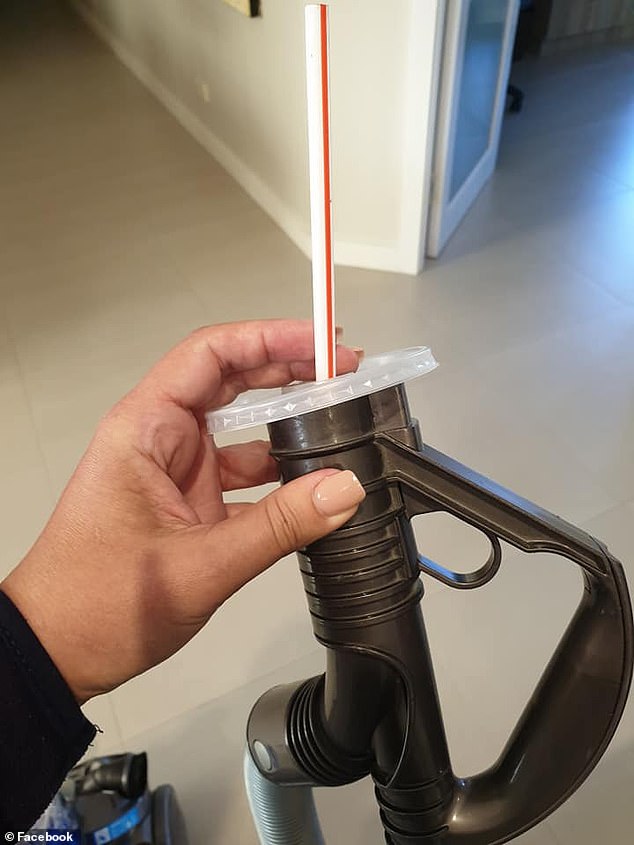 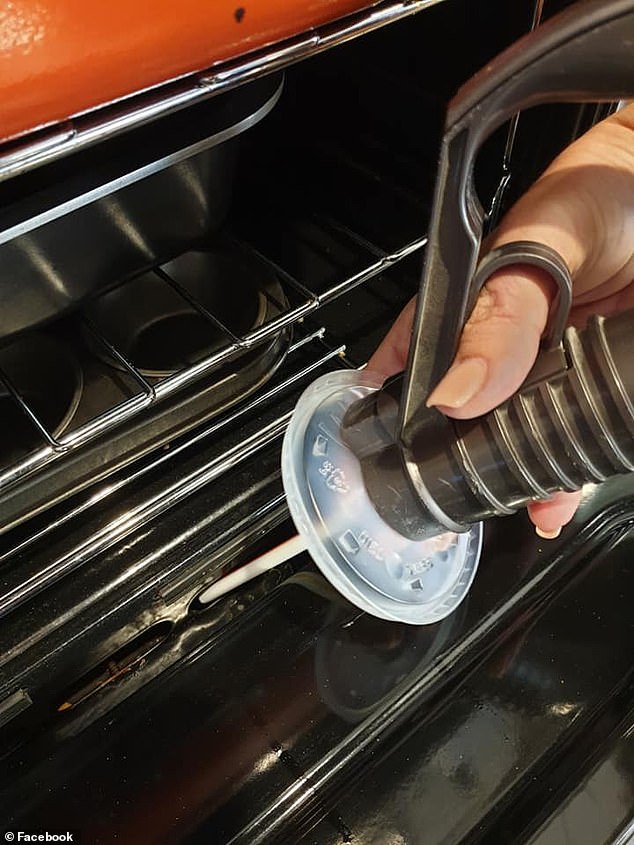 When the machine is switched on, the straw can be used to suck up crumbs stuck in the recess of the oven door (pictured)

And it wasn’t long before thousands rushed to thank her for sharing the trick, which many say has changed their lives.

‘The flies that were stuck in the windowsills are gone!’ one woman replied. ‘There is probably an actual connection for this, but this works too. Just don’t let the straw go!’

A second said ‘oh my God, just learned something new… thank you for sharing this, I’m trying tonight’, while a third wrote ‘this is actually genius, what a game-changer.’

One particularly impressed woman said: ‘I made a ridiculous sound when I saw this. Very clever.’

‘So good. I love alternative ideas like this. Awesome,’ added another.

Others are tying bundles of straws together and sticking them into the vacuum pipe to achieve the same effect without needing to hold the plastic lid in place. 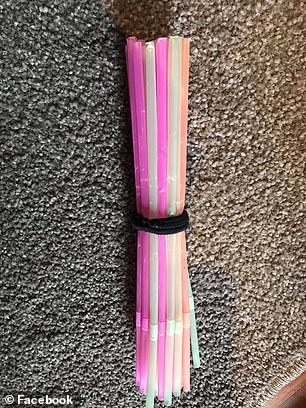 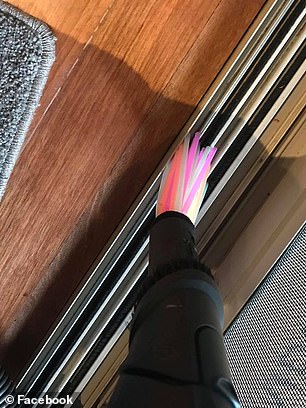 ‘Had to share this hack! Straws – brilliant to put at the end of a vacuum nozzle,’ she wrote in the caption.

‘Great for tricky areas. Also great for cars in tight spots and won’t pick up coins!’

People were delighted with the cost-effective cleaning solution.

‘Wow, just wow. I saw an ad for something like this, but this is clearly a lot cheaper, thanks!’ one woman replied.