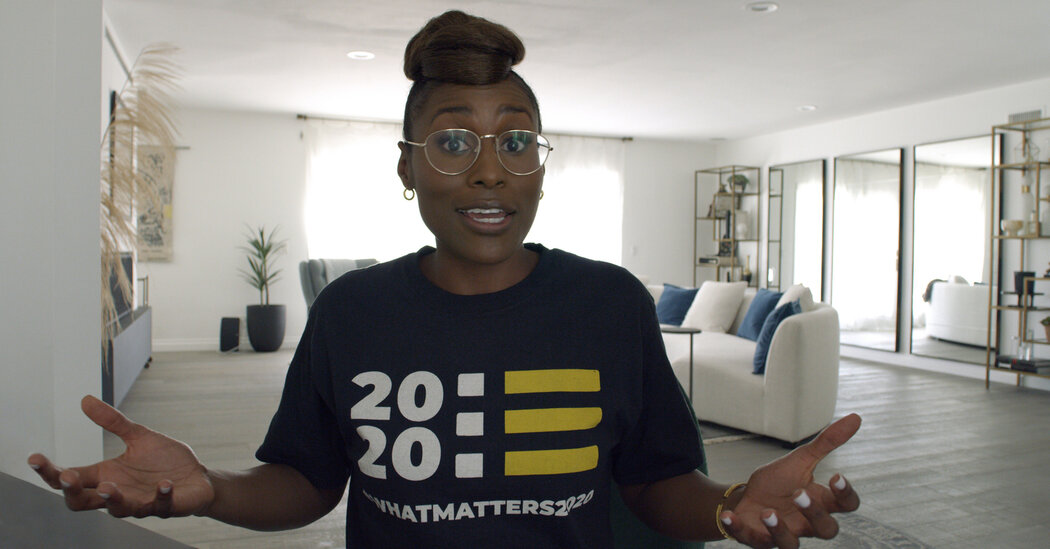 Legend has it that shortly after Shakespeare premiered “Macbeth,” London’s theaters were shuttered by plague. Four centuries later, the playwright and screenwriter Paul Rudnick’s “Coastal Elites,” arriving on HBO Sept. 12, has embraced the soliloquy as the defining art form of the era of social distance, where we poor players strut and fret our hours on the webcam.

With the director Jay Roach, Rudnick rejiggered five monologues originally intended to be performed live at the Public Theater into intimacies delivered straight to the lens as if venting to a therapist on Zoom. As it was for the Bard, the topic is the tyrant king whose outrages have pushed a Queens public-school teacher named Miriam (Bette Midler) into madness. Midler’s scene is set in a police station, a hint that even her character’s witty self-awareness about cultured women like her, who signify their opinion on their tote bags, has its limits. (As does the camera, which Miriam leans into urgently, distorting her face as she describes ripping off a man’s MAGA hat and racing to the sanctuary of a theater, as though she’s Quasimodo atop Notre Dame.) Has she become the monster?

That question also haunts Mark (Daniel Levy), an actor guilt-stricken that he played into stereotypes in his audition for a gay superhero, while Clarissa (Sarah Paulson), an online mindfulness coach whose serenity is as phony as her bucolic green screen backdrops wonders if she’s wrong to walk away from her conservative family. Issa Rae delights in the most fantastical piece as a billionaire’s daughter dragged to the White House where, in the Lincoln Bedroom, her former boarding school classmate — described as both “the Blonde Cloud” and “a 4-year-old in the Haunted Mansion” — enlists her to rebrand her image in New York society.

To cap these clever, spartan stories, “Coastal Elites” closes with a plain-spoken address from Kaitlyn Dever, playing a nurse who’s just wrapped a 14-hour shift at Mount Sinai. “If you start crying, you’ll never stop,” she says. Her sigh holds no fury, but signifies everything.