Coleen Rooney didn’t seem to have a care on Monday as she hit her local supermarket to do the weekly shop.

The mother-of-four, 34, beamed to fellow shoppers as she entered the store, looking sporty in a figure-hugging salmon T-shirt and skinny black leggings.

She tied her chestnut locks back from her features and completed things with a pair of trainers. 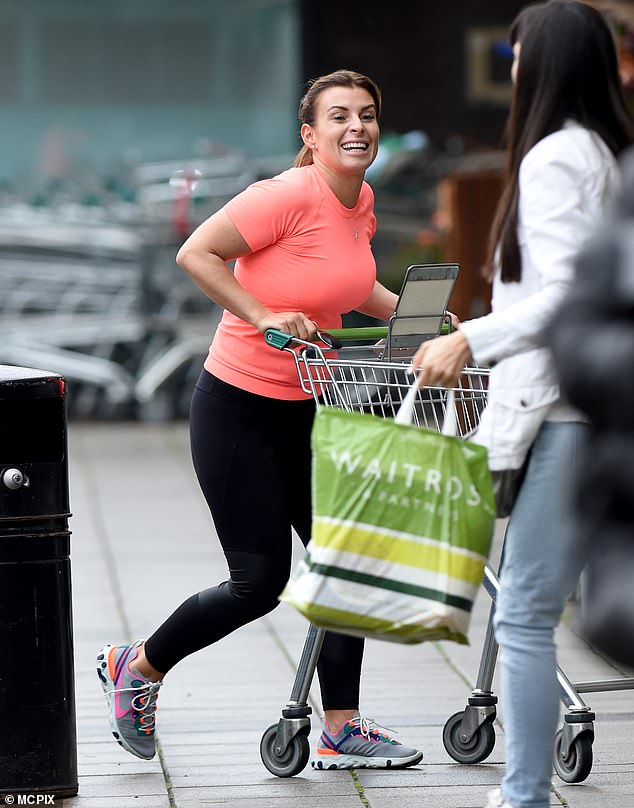 Making an entrance: Coleen Rooney didn’t seem to have a care on Monday as she hit her local supermarket to do the weekly shop

Coleen didn’t seem to be letting her ongoing legal dramas bother her – as her case against Rebekah Vardy rumbles on.

She reportedly declared that she ‘won’t be bullied’ by Becky when their libel case goes to court.

A source told The Sun that ‘Coleen is totally confident. She says she won’t be bullied and is ready for a scrap.’ 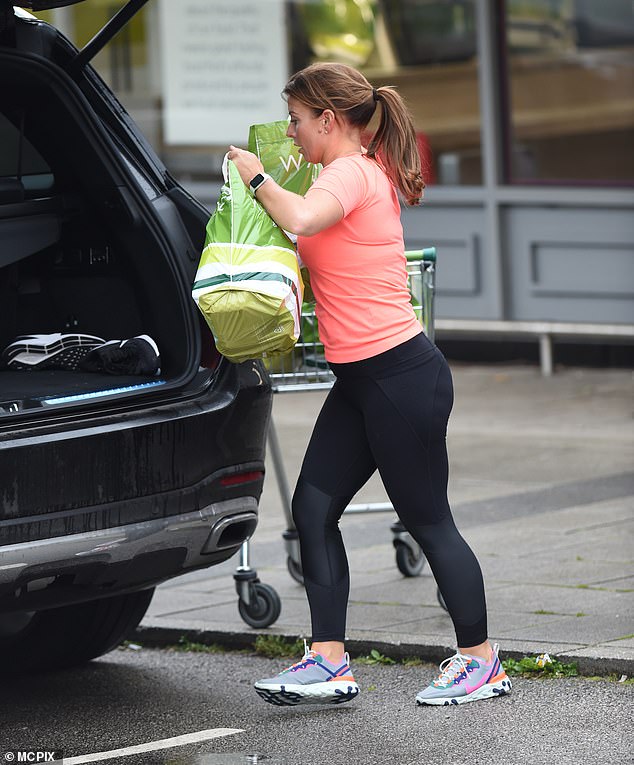 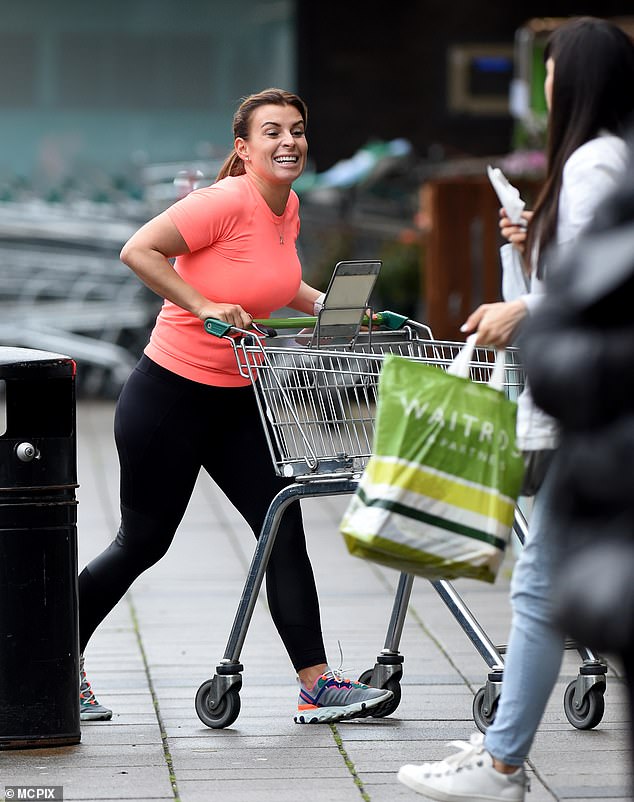 In she goes: The mother-of-four, 34, beamed to fellow shoppers as she entered the store 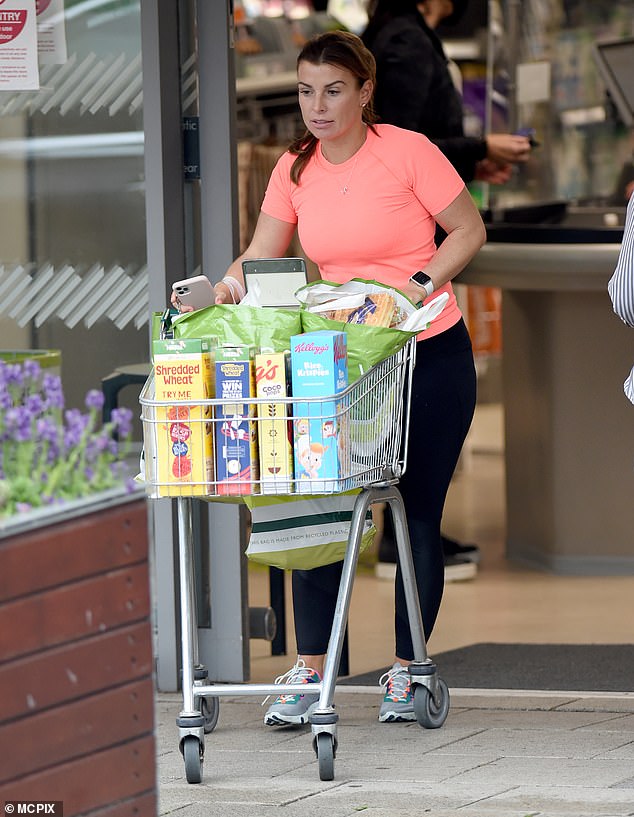 Out she comes: She tied her chestnut locks back from her features and completed things with a pair of trainers 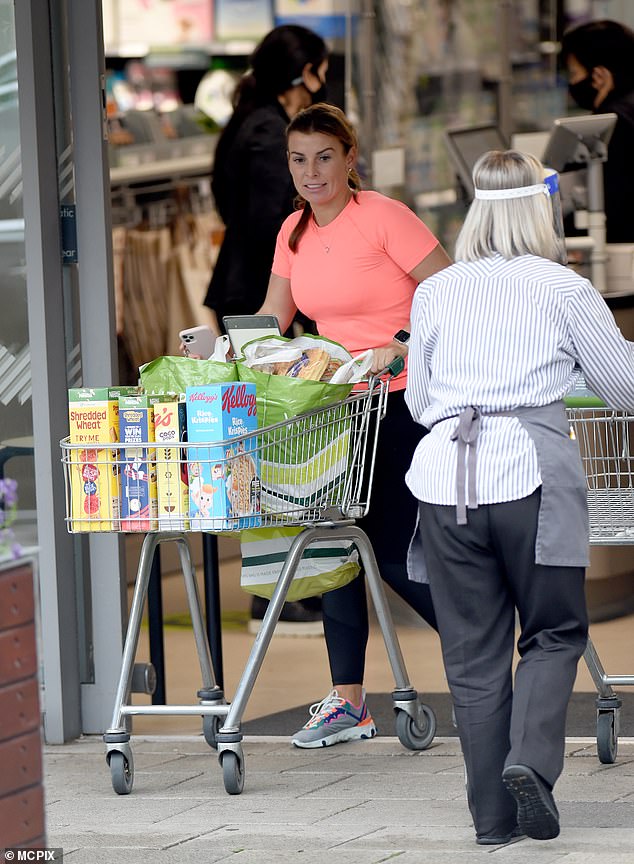 Cereal shopper! Coleen wheeled out bags packed with supplies and cereal for the kids

Coleen has also said she won’t be intimidated by ‘strong-arm tactics’ saying Rebekah’s attempt to hurry along legal proceedings are ‘laughable’.

This follows further claims that Coleen said she is ‘not worried at all’ about Rebekah’s apparent rush to bring their WAG war to court ‘immediately’.

According to reports, the 34-year-old has told pals that her WAG rival is only speeding things up as she’s ‘concerned’ what Coleen’s lawyers will find. 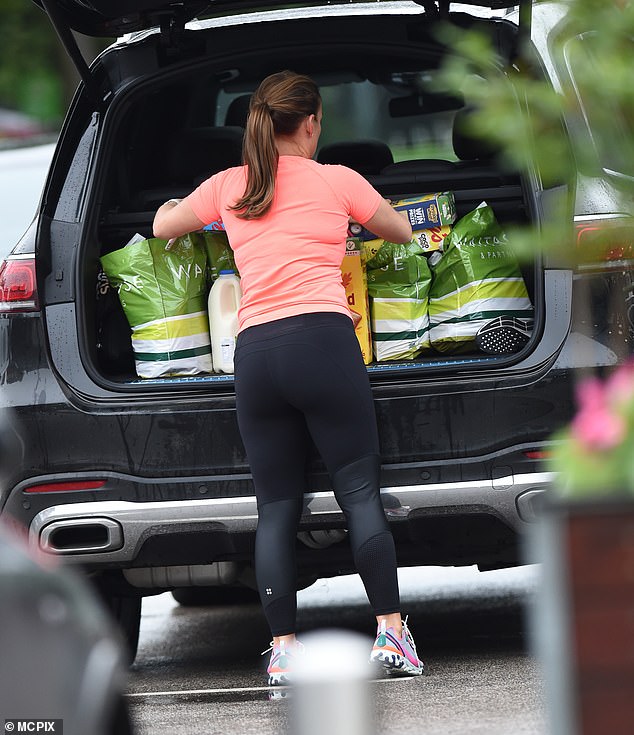 Stocking up: She packed up the back of her SUV with the grocery bags 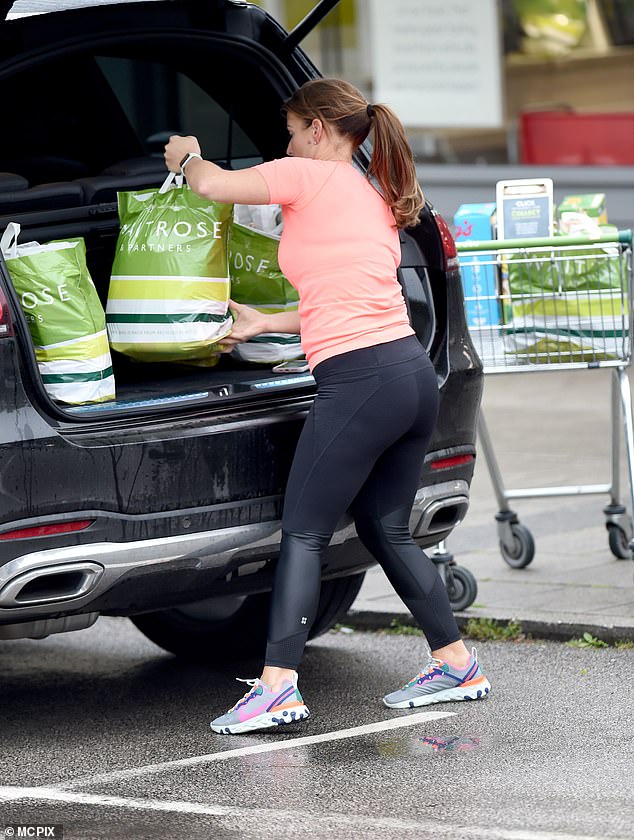 Unfazed: She didn’t seem to be letting her ongoing legal dramas with Rebekah Vardy bother her

The Sun claims that amid Rebekah’s apparent call for Coleen to ‘put up or shut up’, the Liverpool native remains confident she has an ‘extremely strong case’.

A source told the publication: ‘Coleen remains confident that she has an extremely strong case. She almost laughed when she saw the story about Becky’s latest move, which has not worried her at all.’

The publication states that Coleen has vowed to fight back against Rebekah’s rush of taking things to court, and will instead spent time building a strong case. 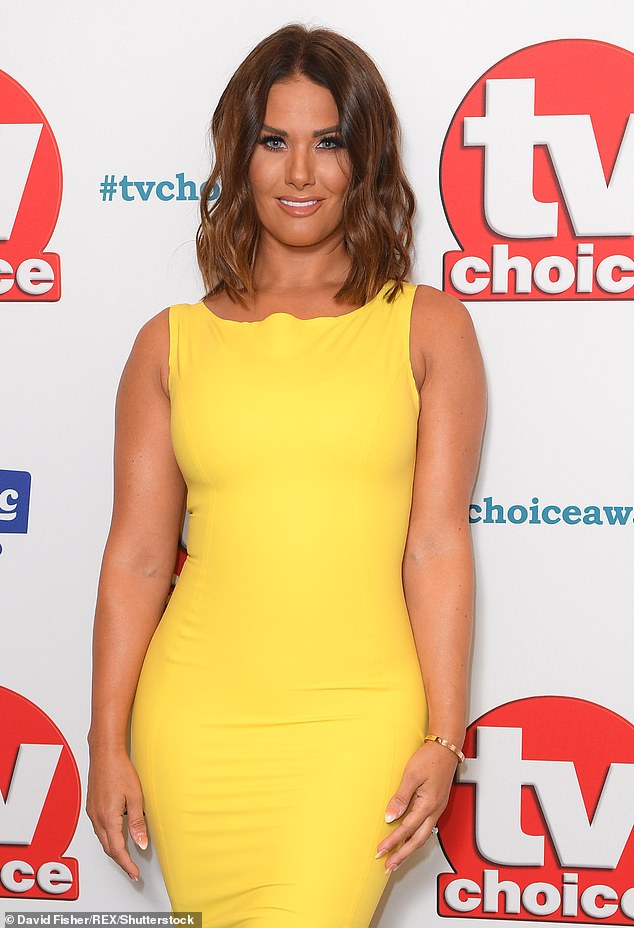 Tension: A source told The Sun that ‘Coleen is totally confident. She says she won’t be bullied and is ready for a scrap’ 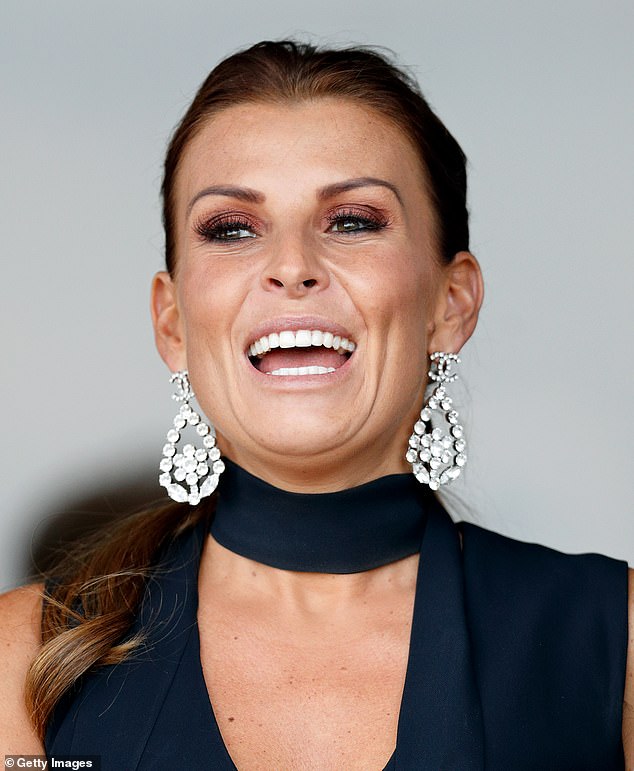 Not worried! Coleen is reportedly ‘not worried at all’ about the impending case

They continued: ‘Coleen will be setting out her defence in the next few weeks. She is very happy with her legal team, who have been working around the clock on this.

‘Her lawyers specialise in investigative law and they are going through every form of communication between the two and between Becky and others since before Coleen started planting Instagram stories. So she is happy for her team to take their time to do this and not be rushed into anything by Becky.’

The insider went on to add that Coleen reckons Rebekah is putting on a front that she’s ‘ballsy’ but is secretly ‘worried’ about her defence.

They added that Coleen has the ‘full support’ of footballer husband Wayne, 34.

MailOnline have contacted representatives of Coleen and Rebekah for comment.

It comes following claims Rebekah, who cut a casual figure as she enjoyed a solo outing in London on Friday, signed legal papers in a bid to get Coleen to head to court ‘immediately’ amid their ongoing WAG war

It was reported on Friday that Rebekah has filed the papers under the impression that Coleen is ‘dragging her heels’ following her bombshell accusations she has been selling stories about her to The Sun. 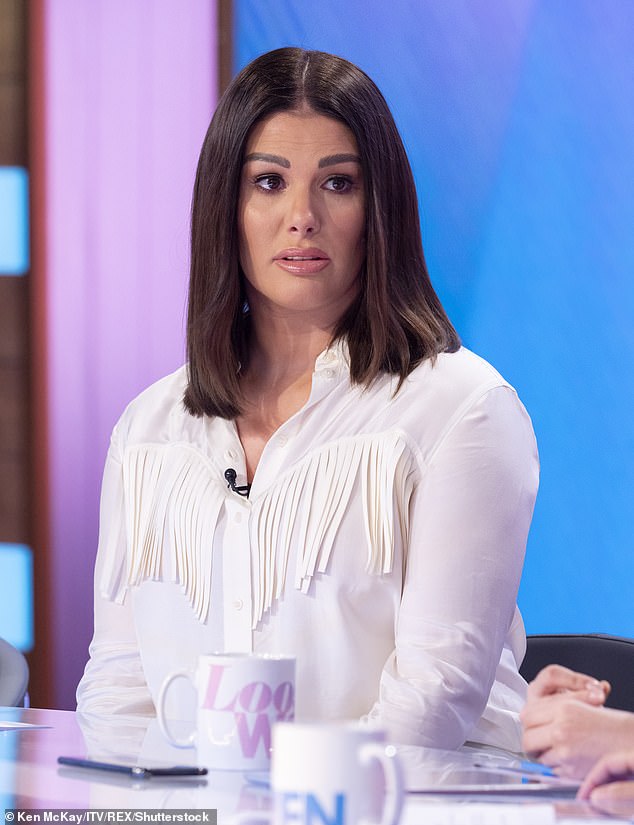 Rival: According to reports, the 34-year-old has told pals that her WAG rival is only speeding things up as she’s ‘worried’ about what Coleen’s lawyers will find (pictured in February)

The shock move is said to have come after Rebekah came to the conclusion that Coleen was purposefully ‘dragging her heels’ and wants her to ‘put up or shut up’ as the legal battle rumbles on.

According to reports, the session, which will be held later this year, will determine whether the wife of footballer Jamie Vardy was ‘libelled’ when Coleen accused her Instagram account of leaking stories to the press.

A source told The Sun: ‘Things have been rumbling on for ages, and costs ­spiralling too.

‘This will mean that a judge can actually get to the crux of the case — and make those involved put up or shut up. It should mean things can finally get moving and dealt with quickly.

‘This is a shot across the bows. It effectively says, “Come on, stop mucking about, let’s get on with this”.’ 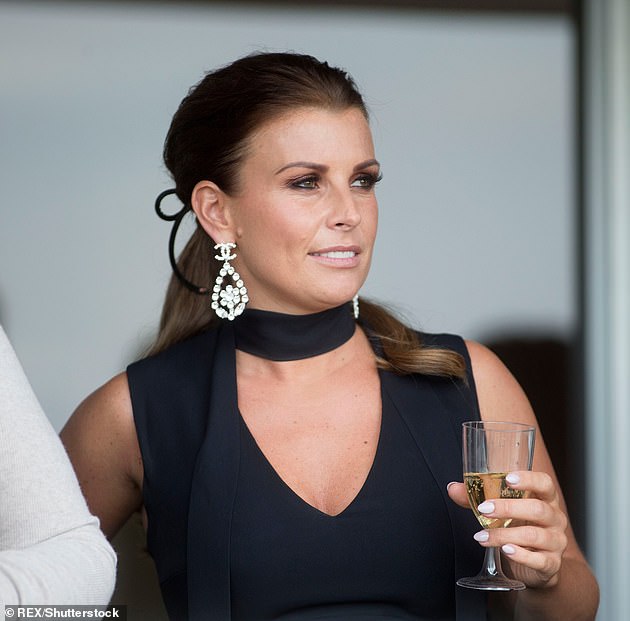 Drama: The shock move is said to have come after Rebekah came to the conclusion that Coleen was purposefully ‘dragging her heels’ and wants her to ‘put up or shut up’ (pictured in 2018)

The insider added the move would not be want Coleen would have wanted as it puts her on the ‘back foot’.

The publication states that the mum-of-five’s bombshell demands come after Wayne Rooney’s wife has so far failed to bring forward a defence to court, with her legal team apparently requesting more time to build a case.

They added that if a judge finds that Coleen was directly blaming Rebekah for selling the stories, then she will have to head to court and ‘prove’ her claims and ‘back it up’ with ‘evidence’.

MailOnline reached out to Rebekah and Coleen’s representatives for comment at the time of publication.

The two are currently engaged in an ongoing feud which began when Coleen accused Rebekah of leaking stories to the press last year, a claim Rebekah vehemently denies. 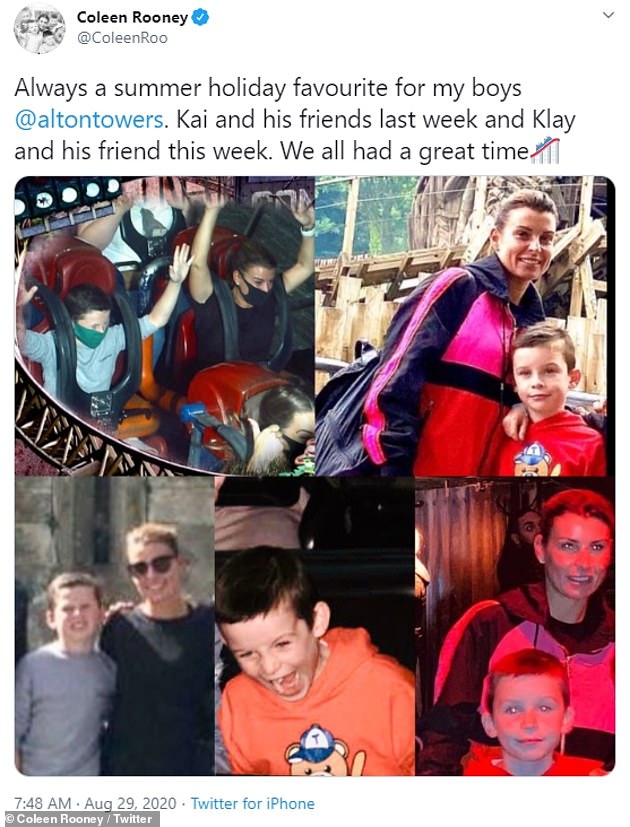 Defiant: Despite the looming court case, Coleen took to Twitter to share a collage of snaps with her sons to share a glimpse at a recent trip to Alton Towers with her son Kai

Coleen was also accused of leaking stories to the press by Rebekah after she told in a bombshell legal document how she had been left suicidal by the accusation that she had leaked stories about Coleen and her family.

She also claimed in the document drawn up for her libel battle against Coleen that the stress of the scandal had left her fearful of losing her unborn baby at the time and suffering panic attacks that made her too scared to leave her home.

The I’m A Celeb star complained of being made a ‘scapegoat’ by her rival seeking to blame her for stories appearing when in the past Coleen had approved of her friends leaking gossip about her.

The document says Rebekah believes she ‘has deliberately been made a scapegoat (sic) by the Defendant (Coleen) for past ‘leaked’ stories.’

It points to previous stories about Coleen and Wayne with some ‘in particular about their marriage, which have in fact come from the Defendant’s friends, at times even with the Defendant’s approval.’

The paper states that Sun journalist Dan Wootton had said on talkRADIO on October 19 last year that Coleen had ‘manipulated the media to tell stories about her own life’.

Wootton added that he had ‘written many, many stories’ about her marriage and ‘lots of other things around the Rooneys’ that had come directly from friends of Coleen including some told ‘with her (Coleen’s) approval’, says the document. 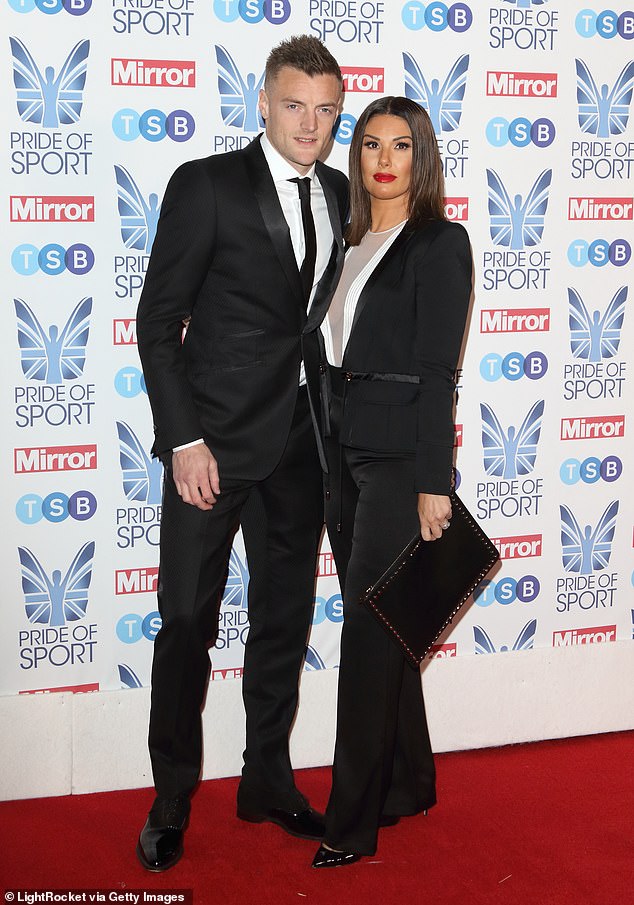 Still waiting: The publication states that the mum-of-five’s bombshell demands comes after Wayne Rooney’s wife has so far failed to bring forward a defence to court (pictured with husband Jamie in 2018)

He went on to say on talkRADIO that nothing had ever come from ‘any of the Vardys’, it adds.

Rebekah describes in her document how Coleen’s public denunciation of her on Instagram while she was seven months pregnant had ‘gravely injured her reputation’.

Detailing how Coleen had ’caused her enormous distress and very extreme embarrassment’, she disclosed how she had been bombarded with abuse on social media.

Rebekah said that the widespread damage to her reputation was illustrated by research showing her name had become a more popular search term than ‘Brexit’ on Google in the UK on the day the scandal broke. 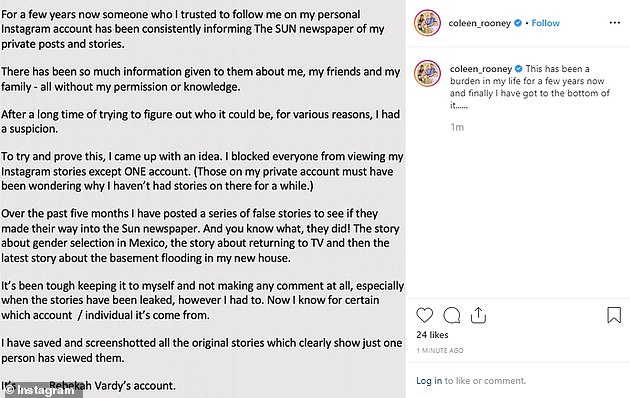 The full statement: Coleen made these shock claims on Instagram after discovering she had been betrayed by someone close to her and she concluded that it was Rebekah’s account

She also claimed that it led to her name appearing 276,822 times on Twitter on the same day, more than triple the number of mentions of Boris Johnson who had had his name published only 80,704 times.

Coleen made headlines around the world last October when she made her devastating claim that Rebekah had been leaking stories about her and her family to the Sun newspaper.

She released the statement: ‘It’s been tough keeping it to myself and not making any comment at all, especially when the stories have been leaked, however I had to. Now I know for certain which account / individual it’s come from.

‘I have saved and screenshotted all the original stories which clearly show just one person has viewed them. It’s ……………. Rebekah Vardy’s account.’

Rebekah immediately denied the claims and has since been fighting to clear her name and demands Coleen withdraw the claims against her.