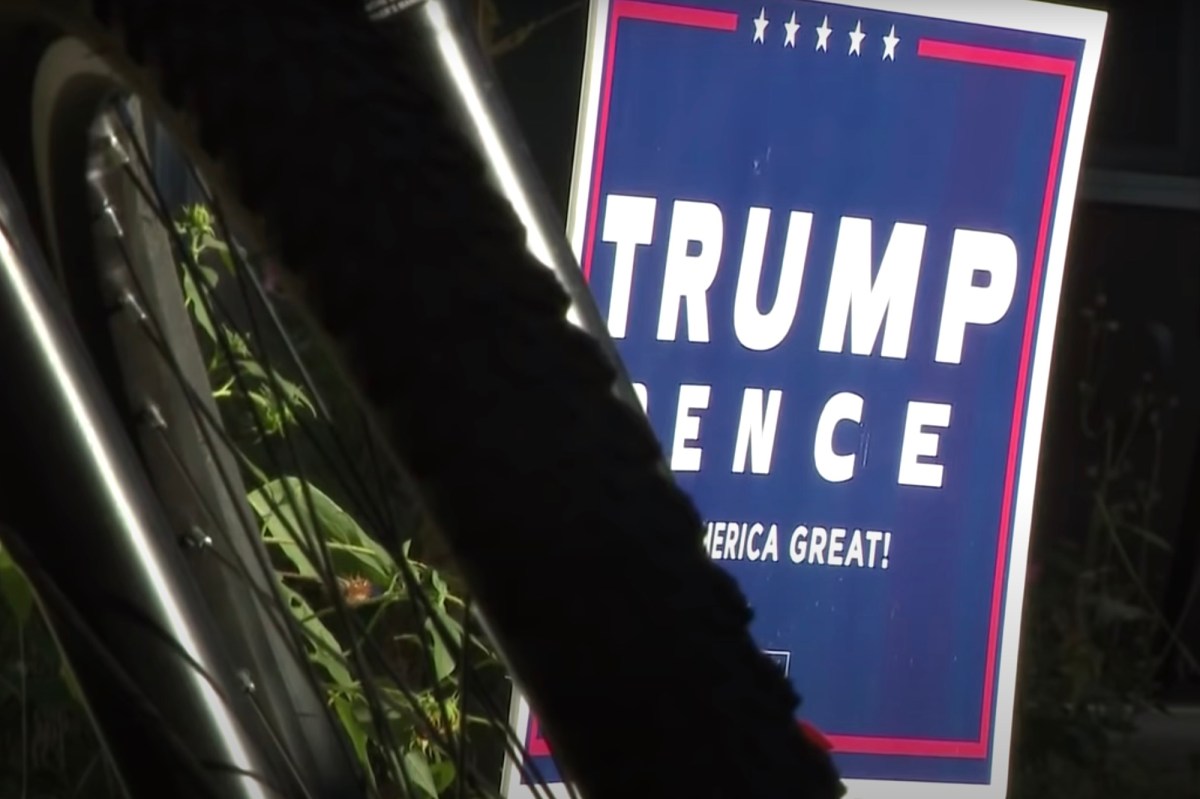 A 12-year-old boy in Colorado was allegedly pummeled this week because he held a sign supporting President Trump, authorities said.

The boy was riding his bike with the sign in Boulder around 3 p.m. Monday when he was accosted by a woman on a moped, police told the Denver Post.

The woman drove up to the boy, sneering something to the effect of “You want something to look at?” and then punched the boy in the back of the head and arms several times and scratched him, police said.

She allegedly tried to snatch the sign, and then fled.

The police report said the boy used the sign to defend himself, local network KDVR reported.

“I was just shocked about why she did that,” the pre-teen told the outlet. “She probably didn’t know that I was a 12-year-old. But either way, whatever age I am, they shouldn’t be doing that.”

The boy told The Denver Channel that the woman “just looked at me and laughed” as she passed him before turning around to allegedly assault him.

“Just don’t attack people ’cause what she did to me, that’s not OK,” he added.

The boy’s father, identified in other reports as Jesse Rosales, said he wants to press charges.

“My son’s a very patriotic person. He appreciates what the president’s doing for our country,” Rosales said.

The suspect was described as a white woman in her 20s or 30s wearing a tan jacket, blue shirt and blue jeans. Her moped was gray or blue.