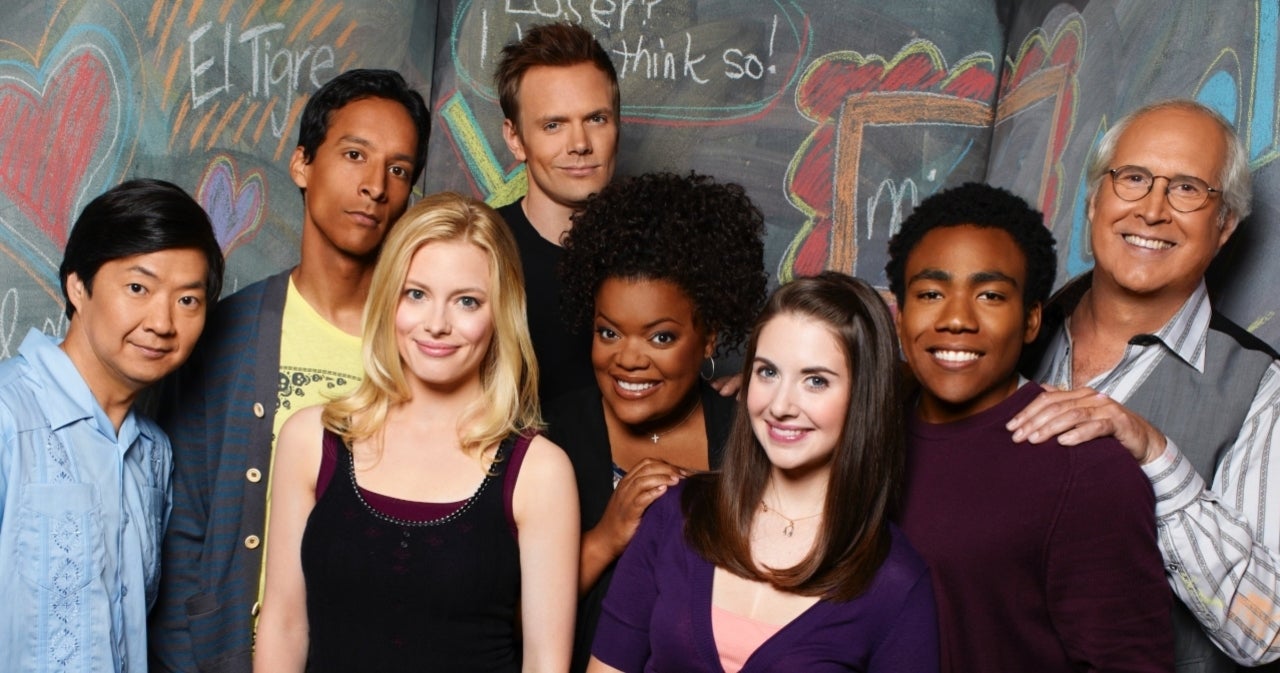 Following its sixth and final season in 2015, fans of the beloved sitcom Community have been holding onto hope of a film after adopting the slogan “six seasons and a movie,” a line from Season 2 now embedded in popular culture when referring to shows on the verge of cancellation. But with more than five years removed since Community‘s finale, series alum Yvette Nicole Brown tells PopCulture.com exclusively that the second half of the Dan Harmon created show’s prophecy will come true.

“I’ve always joked and said that if we were going to do it, now would have been the time because everybody’s free. If you’re trying to get Donald Glover, you better get him during the pandemic. But that joke aside, 100% we’re going to do it,” Brown told us for our series, PopCulture @ Home. “It’s always been about scheduling and never desires. As soon as Dan writes it or one of the other great writers writes it, and we all can find a time on this calendar — where everybody can set aside a month to do it — 100% we would do it.”

Brown goes on to share how she doesn’t know “anyone in the cast that is like, ‘I don’t want to go back'” to Greendale, the fictional college of their award-winning series. “We all want to go back,” she said. “So yeah, one day for sure.”

PopCulture spoke to Brown’s co-star, Alison Brie — best known as Annie Edison — last year, who mentioned she was down for the possible movie at Netflix. Now might even be the best time for it, seeing as the streaming giant added the sitcom onto its platform earlier this year. “I kind of think Netflix would be the perfect place to do it,” Brown said. “I don’t know if Netflix is listening, but they need to go on and call everybody and bring us back.”

Brown, who further shares that she and the cast have a group chat, admits that while the idea of a movie is definitely on the table for the cast, a revival or spinoff would “probably be harder” due to reasons that find her caring most humbly for her father.

“The circumstances for why I left the show have not changed,” she went on to tell PopCulture. “So, I still couldn’t do the show the way they film it, but a movie — set aside, you remember when Arrested Development came back? They did, I think, each episode was one person’s story? If we could do something like that, I could do a series. But yeah, right now, the movie is all that I could commit to.”

While fans will have to wait a little longer for Community making its official return in movie-form, the series alum can be seen — or rather, heard — in the Audible Original series, Vroom Vroom alongside funnyman Andy Richter. Brown credits the hilarious screenplay written by Josh Koenigsberg as the primary reason she signed on for it.

“Josh wrote such an amazing script […] it’s all there,” she said of the show recorded before lockdown this past spring, later adding how she also loves the show’s multifaceted depth. “I love things that are about one thing, but really touch on other things. I love shows like The Walking Dead and Friday Night Lights. They’re not about zombies and football — that is the thing that gets you in. [But] you stay because of the relationship between the people and I think that’s true for Vroom, Vroom as well.”

The Audible Original production Vroom Vroom is now available exclusively on Audible and within the Audible Plus catalog. For more on Yvette, Audible and all your favorite stars, keep it locked to PopCulture.com for the very latest!