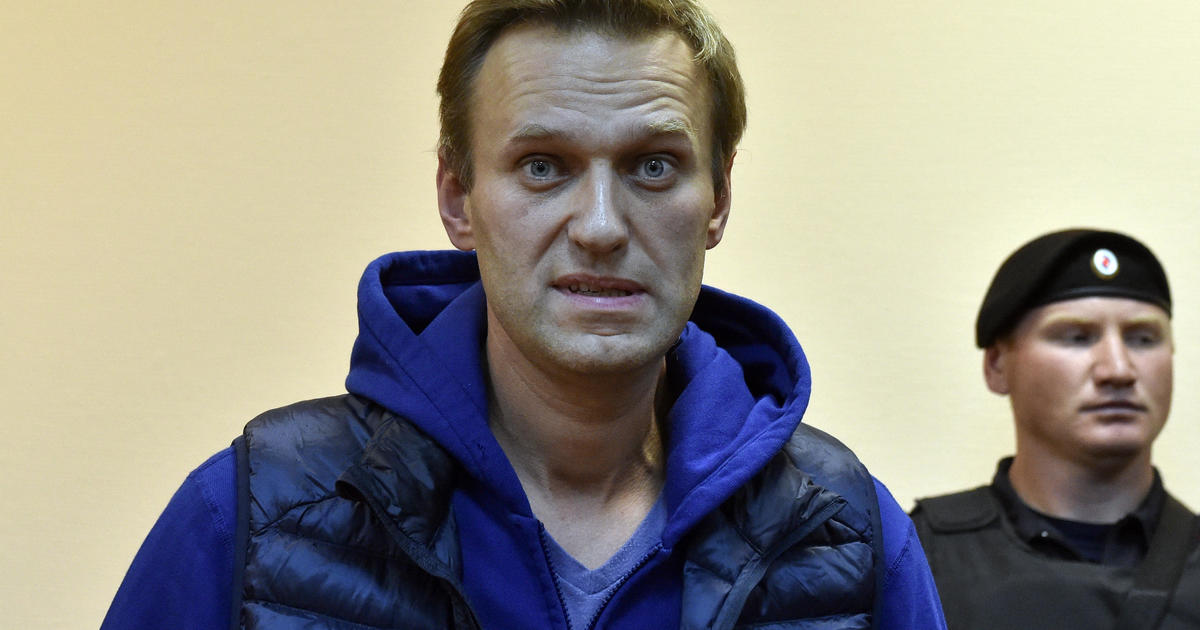 Moscow — Russian opposition leader Alexei Navalny has reportedly made further progress in his recovery from alleged poisoning with a nerve agent and is able to speak and recall the incidents leading up to his hospitalization, a German magazine said Thursday. Navalny remains hospitalized in Berlin, where he was taken for specialist treatment after several days in a Russian hospital.

While the optimistic report was disputed by his own team, the politician’s case is fueling rising tension between Russia and the West — it’s the second time in just two years that the U.S. and its allies have accused President Vladimir Putin’s government of likely involvement in a high-profile and brazen poisoning attack.

The high-profile critic of Russian President Vladimir Putin was flown to Germany last month after he fell ill on August 20 during a domestic flight from Siberia to Moscow. The plane was diverted and remained in Siberia, where Navalny was initially hospitalized.

German magazine Der Spiegel published a story in conjunction with British investigative organization Bellingcat on Thursday, saying they understood “that Navalny can speak again and can likely remember details about his collapse on board the plane.”

The report cited anonymous sources, and added that his rapidly improving condition meant Navalny could soon start to receive more visitors. It noted that his personal account could lend credence to allegations from his family, his colleagues and the U.S. government and its allies that the opposition leader was poisoned by Russian state agents.

Der Spiegel said the changes in Navalny’s condition had prompted German police to increase the number of officers guarding him at the renowned Charite Hospital in Berlin.

The politician’s allies, however, played down the optimistic report on his condition.

“I would be happy if what Der Spiegel writes were true, but unfortunately there are a lot of factual mistakes,” Leonid Volkov, the opposition leader’s chief of staff, told the Russian news outlet Meduza on Thursday.

“That he is conscious and reacting to those around him we reported already on Monday,” his spokeswoman Kira Yarmysh wrote on Twitter. “But, in general, the article is very exaggerated and contained many factual errors,” she said without elaborating on the alleged errors.

The hospital said earlier this week that Navalny had been taken out of a medically induced coma and was gradually being taken off a ventilator.

German Chancellor Angela Merkel’s spokesman, Steffen Seibert, said in a statement on Wednesday that testing by a German military lab had shown “proof without doubt of a chemical nerve agent from the Novichok group.”

According to the German weekly Die Zeit, he was poisoned with a previously unknown and deadlier variant of the Soviet-era, military-grade nerve agent. Novichok first made news in 2018 when British authorities identified it as the poison used in an attack on former Russian spy Sergei Skripal and his daughter in England.

U.S. Secretary of State Mike Pompeo on Wednesday strongly condemned the poisoning of Navalny and said on a radio show that there was a “substantial chance” it was ordered by “senior Russian officials.” Earlier Pompeo said the U.S., along with its G7 partner nations, was calling on Russia to bring those behind the “abhorrent attack to justice.”

The Kremlin has flatly denied any involvement in Navalny’s illness, calling the allegations anti-Russian “hysteria.” On Thursday, Putin’s spokesman Dmitry Peskov told reporters that Moscow saw no grounds to open a criminal case. He called Pompeo’s suggestion of Kremlin involvement “unacceptable,” and repeated Russia’s complaint that German officials had failed to share any evidence supporting a Novichok poisoning.

Italian Prime Minister Giuseppe Conte was quoted on Thursday as saying that Putin had told him he would set up a committee to investigate what happened to Navalny, and that the Russian leader “was ready to collaborate with the German authorities.”

But Peskov denied any plan for an inquiry, saying the Italian premier’s remarks could have been based on a “misunderstanding.”