An Alabama woman formerly on the state’s ‘Most Wanted’ list saved the life of a cop who threw her in jail eight years ago by donating her kidney.

Jocelynn James, a recovering drug addict, reached out to former officer Terrell Potter when she saw on Facebook he was in dire need of a kidney transplant.

James, 40, credits Potter arresting her as the moment that saved her own life, encouraging her to change how she was living and she was eager to give back.

Potter had been facing an eight-year wait for a transplant before James came forward with a perfect match. 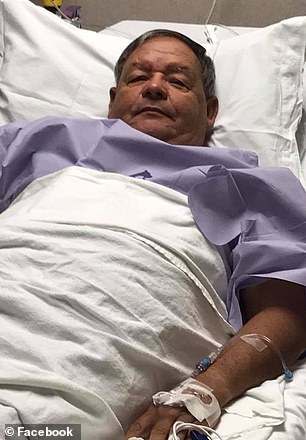 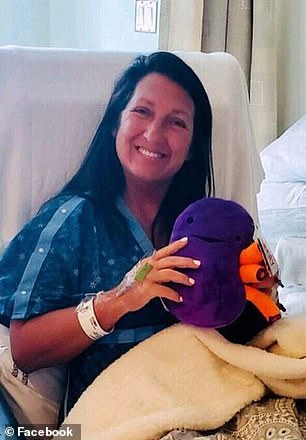 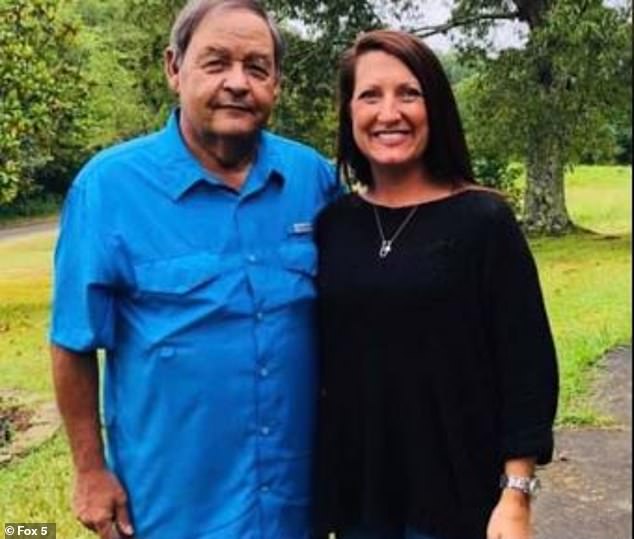 James was a perfect match and Potter, pictured with James, had a successful transplant in July 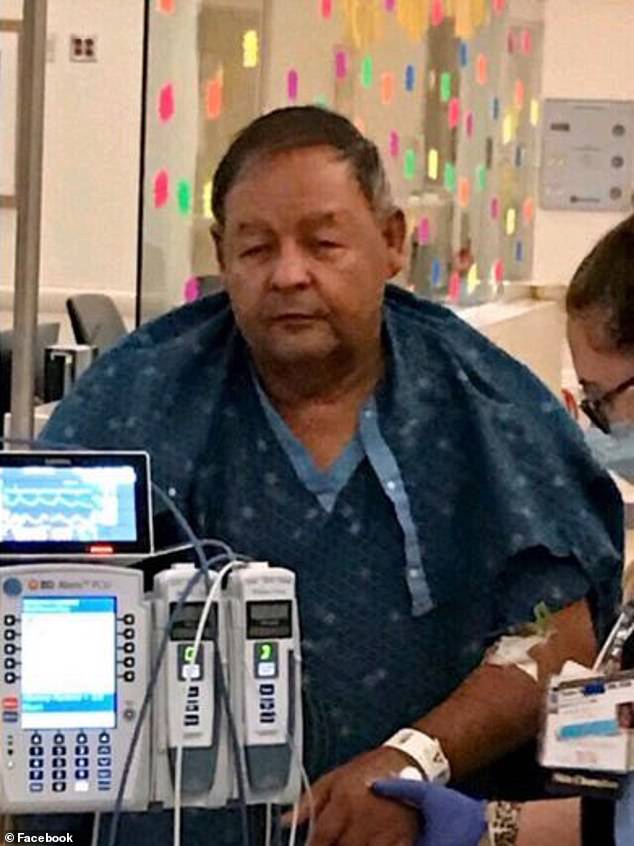 She says that she was in a very dark place and was not sure how she was going to survive, having lost her car, licence and job.

She told WVTM13 that at the height of it she was shooting up 16 times a day and using break-ins to fund her habit.

‘I was just living a really bad life, doing a lot of really bad things that I shouldn’t have had no business doing, and I was just a really lost person,’ James said.

Potter, who previously worked with Phil Campbell Police Department, was her arresting officer on two of those occasions.

‘She was out running crazy, stealing and doing drugs and things she shouldn’t be doing,’ Potter said. ‘I locked her up a couple of times.’

James was serving a six-month stint in a halfway house in 2013 when she says she was finally given the strength to battle her opioid addiction and on November 5 ,will celebrate eights years of being out of jail and sober.

‘I was sick of living that life, and I wanted to do something different,’ James said.

‘I’m perfect, I’m healthy, and I had no idea that I was that healthy.’

In November 2019, however, recently retired Potter learned that his kidney was only functioning at 5 percent, leaving him in desperate need of a life-saving transplant and searching for a donor.

Doctors told him he could face a wait of up to eight years for a kidney.

‘We began praying about getting the right kidney,’ Potter said. ‘We were looking all over the Southeast.

Potter’s search was posted to Facebook where James said she came across it in December and instantly knew that it was what she had to do.

‘I just threw my phone down and the holy spirit told me right then that I had that man’s kidney,’ she said.

Having gone through all the tests, doctors found that James was a perfect match.

In fact, doctors at Vanderbilt University Hospital in Nashville told her they ‘never had a better match for a kidney transplant’.

On July 21 Potter successfully received his transplant, adding years to his life.

‘All the numbers were great. It started working from the time it was put in,’ Potter said.

‘If you asked me 100 names of who may give me a kidney, her name would have not been on the list. It’s just unbelievable that she was willing to do that.

‘It’s not just a coincidence. It’s just God. There is no other way,’  he added.

The ex-cop says he now considers James one of his daughters after her life-saving generosity.

‘It’s made a great relationship and a bond between us that can go forever. There’s no doubt about that,’ Potter said. ‘Her giving me a kidney, It extended my life.’

James said that it means even more that she could use a part of her body that she abused for so long to save another. 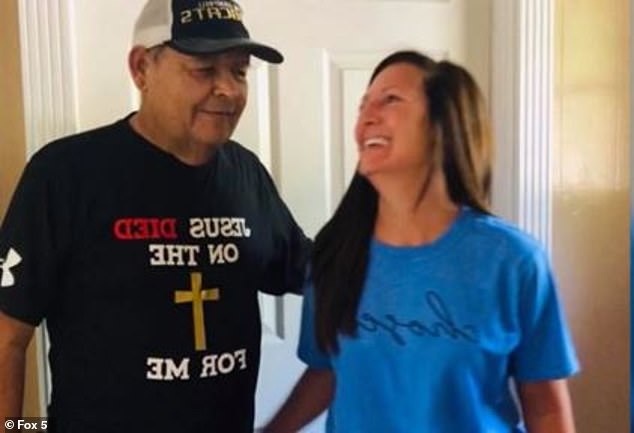 Potter, pictured with James, said he was stunned when she reached out offering help 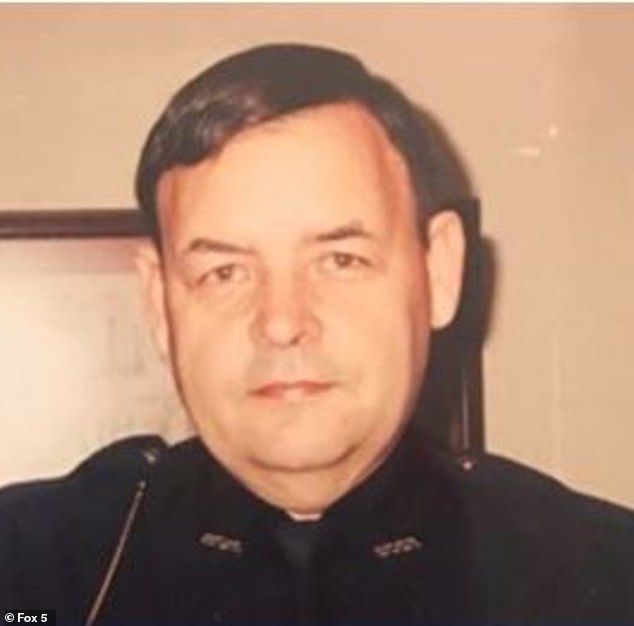 Potter, who recently retired, said that he now considers James as one of his daughters 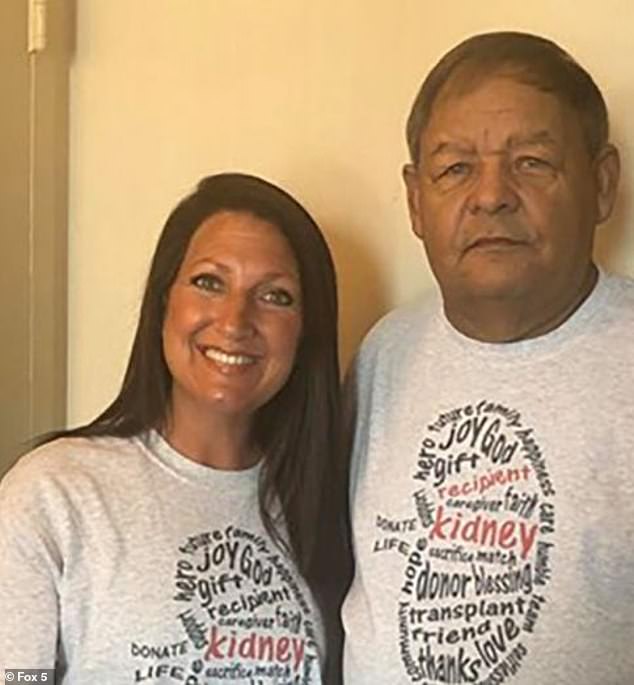 James now runs an organization called ‘The Place of Grace’ that works to aid women battling opioid addiction as she was to get treatment. She has been sober almost eight years. She is pictured here with Potter after the successful kidney transplant

‘God restored me from the inside out, and to be able to give another human a kidney to extend his life is really rewarding,’ James said.

‘For God to use me as a vessel to extend Mr. Potter’s life is my greatest accomplishment. I should be dead. Instead, God helped me save a life. I am overwhelmed.’

She now runs an organization to help women like herself called ‘The Place of Grace’ to aid them in getting treatment.

‘I want people to realize that there is help out there for them,’ James said. ‘It doesn’t matter what happens in your life. You can always turn it around.’

In the organization, women complete a 9- to 12- month live-in program ‘where women will learn Bible principles and life skills necessary to recover from addiction’.

‘Since August 2013, [James] has helped 508 women seek help with their addiction. She also has a jail ministry at the Franklin County Jail that she has been doing for 5 years,’ their website states.