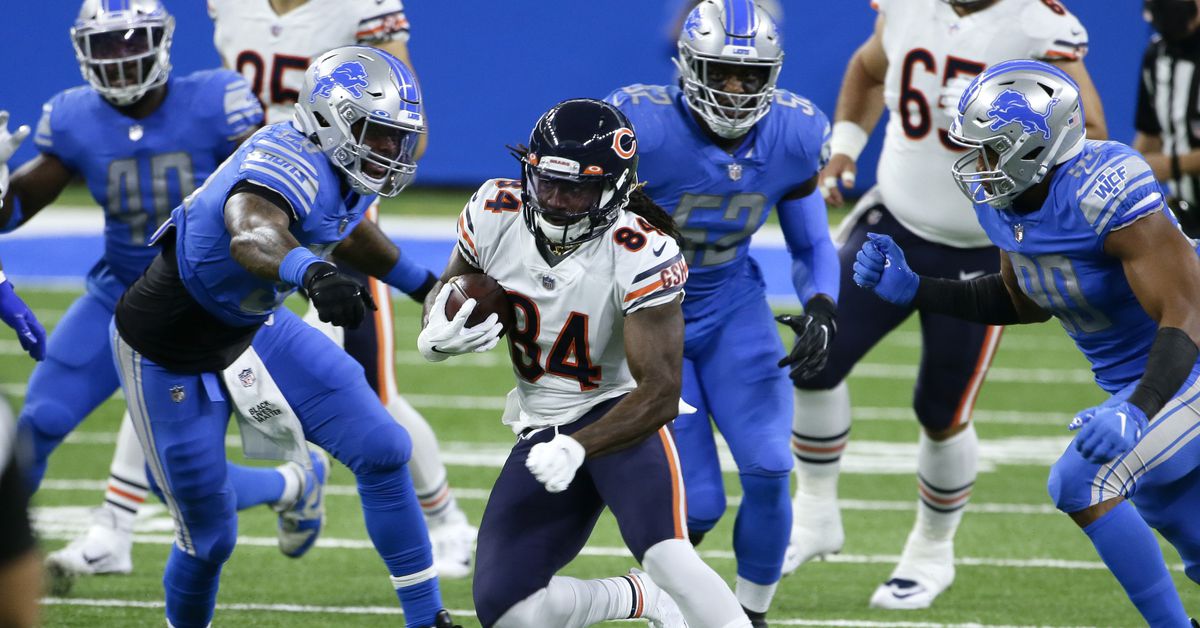 It wasn’t a masterpiece by any stretch, but the Bears survived a sloppy opener with a 27-23 win at the Lions on Sunday. Mitch Trubisky was the hero with three fourth-quarter touchdown passes — after he was a wreck the first three quarters — and the defense withstood a fierce charge by Matthew Stafford in the final seconds.

Here are three players who didn’t get much of the spotlight, but made a crucial impact:

Cordarrelle Patterson was a factor. After frequently slipping to the back of coach Matt Nagy’s mind last season, Patterson opened this one as the multi-faceted threat he should be. He ran four times for 19 yards, caught a 12-yard pass and ran back a kickoff 45 yards in the third quarter to set up a touchdown drive.

Where’s Allen Robinson’s money? Robinson watched players throughout the NFL sign big contract extensions this week, but didn’t get his. No matter. He came through with five catches for 74 yards. He now has 153 catches, 1,975 yards and 11 touchdowns in 30 games with the Bears.

Cairo Santos kicks it. It looked dicey for the Bears going into the season with Eddy Pineiro injured and Santos up next. But Santos got the job done with 35- and 28-yard field goals early in the game, a 3-for-3 performance on extra points in the fourth quarter and saddling Detroit with an average starting position of its own 27-yard line on kickoffs.