Beer brand Corona has come under for an advert showing staycationers enjoying ‘lager, 4x4s and wild arson’ in a rural area of Scotland where locals say they have been besieged by tourists.

The Mexican Pilsner – owned by beer giant AB InBev – has released two new ads much to the horror of locals in the Outer Hebrides.

Tapping into the uncertainty caused by the Covid-19 travel restrictions, Corona’s videos show groups of hip-looking youngsters holidaying at destinations closer to home. 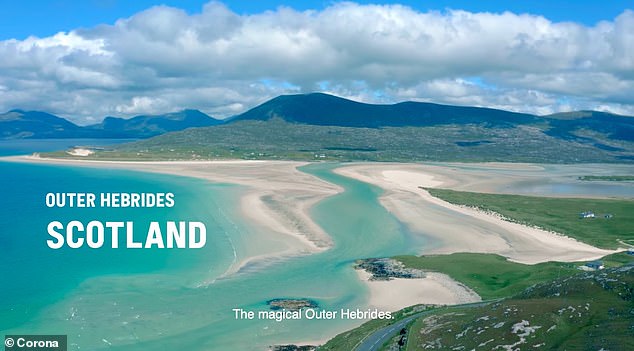 Covidiots: The advert (above) shows a group of actors tearing up sand by driving a 4X4 on a pristine white stretch of sand in a rural area of Scotland

But irate locals say Corona has chosen beauty spots that have already been beset by an influx of wild campers pitching up in back gardens, leaving a trail of trash, faeces and illegal barbecues in their wake.

The advert follows a group of millennial pals from London on a 1,000 mile trip to ‘discover the little-known paradise’ of Scotland’s western isles, the Outer Hebrides.

Locals were aghast to see the actors tearing up sand by driving a car on a pristine white stretch of sand, before clinking beers over a fire on the beach. 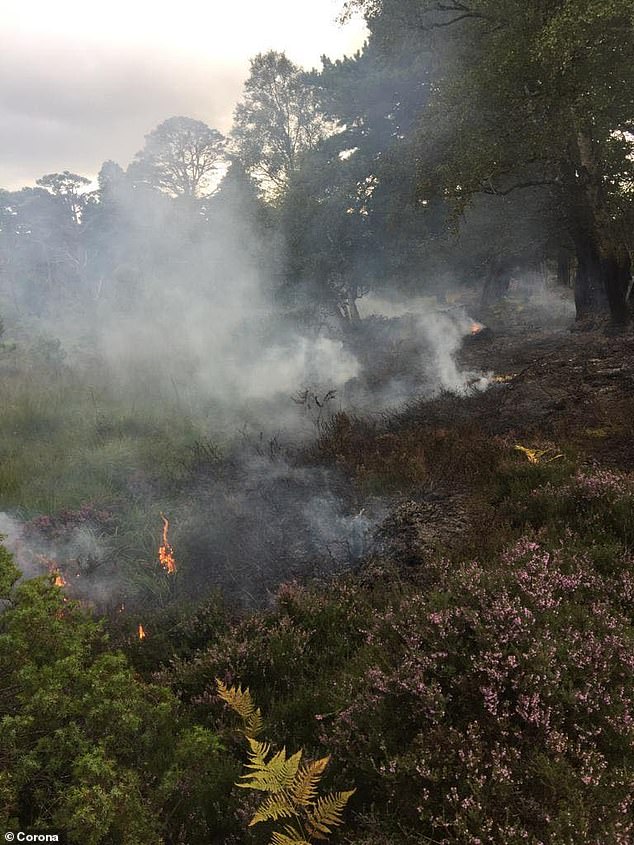 A close call: This picture posted by Rothiemurchus shows a recent camp fire near Coylumbridge, Scotland, left by tourists which could have caused a forest fire 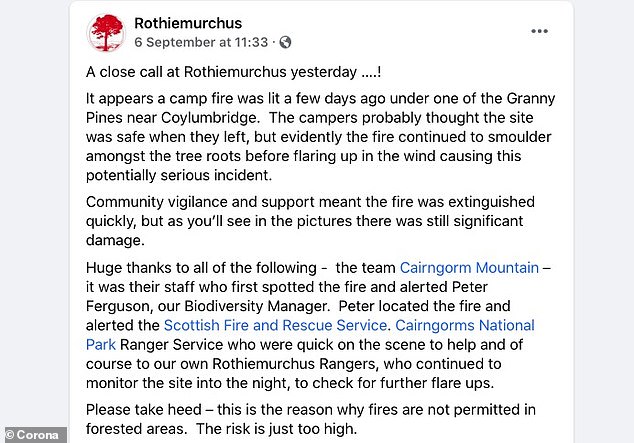 They fear the advert will inspire more covidiots to travel to the Highlands and surrounding areas, fearing more dumped tents, wild fires and obnoxious behaviour will follow.

MSP Highlands councillor Ron MacWilliam slammed the advert, saying: ‘This beer promo is absolutely the kind of selfish marketing that is fuelling widespread chaos and vandalism in Highland communities and beauty spots.

‘On one hand, the video portrays well our majestic scenery, the outdoor leisure options, and rightly presents a Highland holiday as an alternative for a young demographic more acquainted with foreign travel. 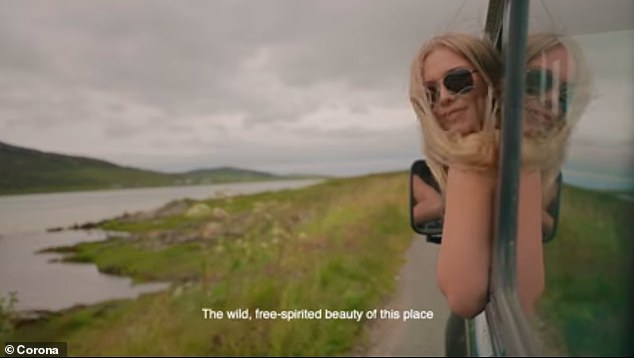 This actress ,who features in the Corona advert as part of a group of millennial pals from London on a trip to the Outer Hebrides was slammed by locals saying she most likely ‘hasn’t a scoobie about life on the Western Isles’

‘But then the film manages to undo all that good when the young visitors light a beach fire and spin gleefully around an empty white beach in their Land Rover.

‘The combination of lager, 4x4s and wild arson appears to bring great freedom to this energetic young cast.

‘I wouldn’t expect the film to cut to tortured local communities organising litter picks, clearing untreated human waste, overstretched fire services or the Coastguard who have been called out to rescue sinking cars from white sandy beaches. 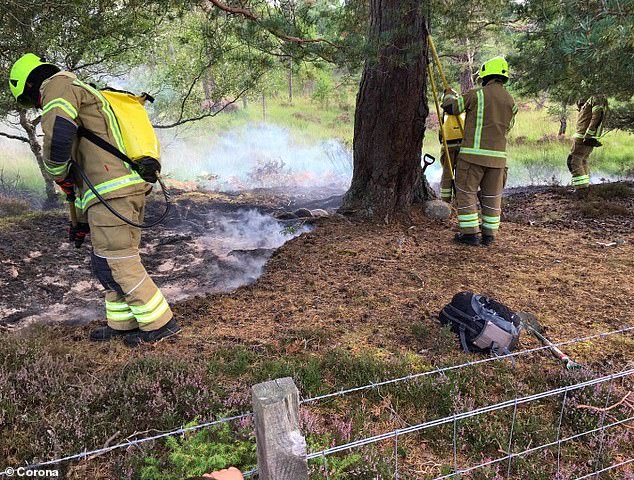 ‘Visitors to the Highlands are well used to the warm hospitality and welcome that awaits.

‘But this year, and indeed increasingly for the last few years, we have seen a tourist type that cares little for our environment.

‘It would be better if the corporate profiteers who use our grand scenery to sell their wares could send out responsible messages and possibly offer practical solutions like sponsoring the odd motorhome waste facility. 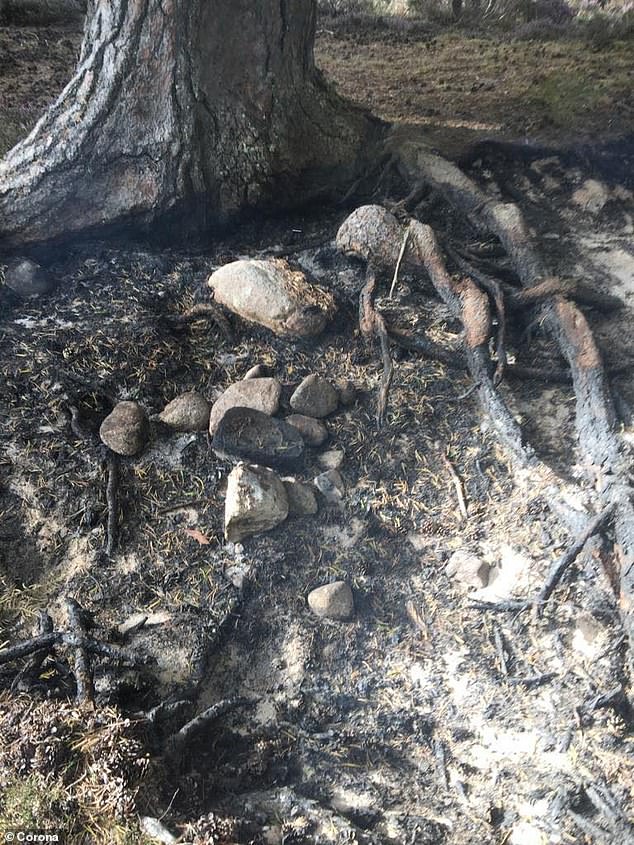 Irresponsible: Tourists are being blamed for caring very little for the Highlands way of life and  the environment after countless dangerous fires like the one above have been lit near trees 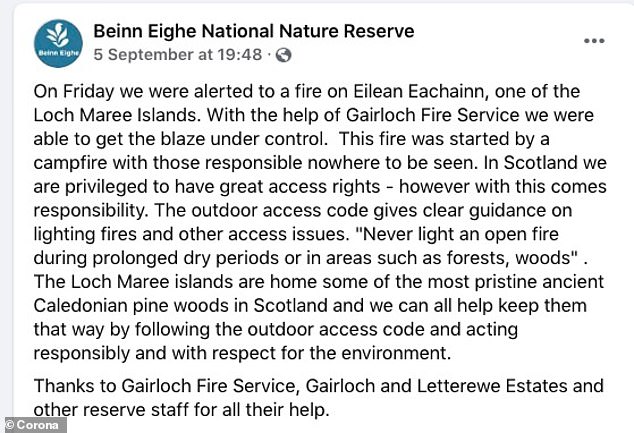 ‘This beer brand has no known connection with the Highlands but they would be welcome to invest if they want to develop that association.’

It comes as locals in the Hebrides and Skye this week penned an open letter warning of an ‘economic clearance’ on the western isles.

It is claimed young islanders can no longer afford properties in the area due to a post lockdown boom of wealthy southerners snapping up properties in Scotland. 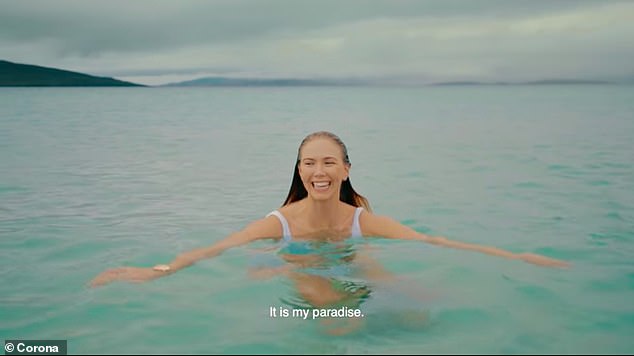 The advert follows a group of millennial pals from London on a trip to ‘discover the little-known paradise’ of Scotland’s western isles, the Outer Hebrides

He said: ‘Yes, unfortunately there have been examples of some tourists who conduct themselves badly.

‘On the whole though tourists, like locals, clear up after themselves.

‘The minority give the majority a bad name. 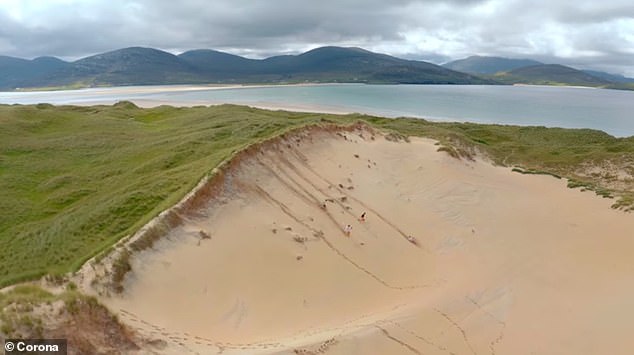 ‘At the end of the day they are only letting themselves down and not making the place as nice as it should be for their own return visits.

‘Possibly in childhood they didn’t pick up good habits, it is never too late to start.’